Mr. Millet Responds: Having just received the Milton Medal from H. Marshall Schwarz ’54 in May 2002 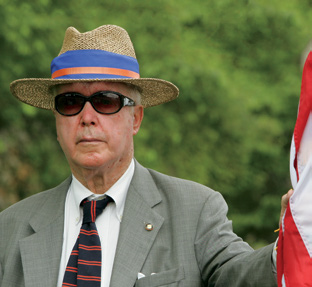 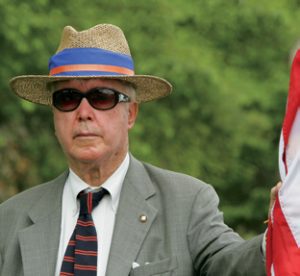 Thank you—The President of the Board and the Head of School.

I find all this a bit difficult to acknowledge adequately. If one considers the previous 29 recipients of this award which was instituted two decades ago—teachers, administrators, trustees, benefactors—one is surprised, grateful, honored to be on the same page with these distinguished Miltonians.

I have used this story before, but in the words of Mae West, “Too much of a good thing is not enough.” In the mid-twenties, I was always intrigued by Al Smith. On one occasion, when he was governor of the Empire State, he was asked to address the inmates of Sing Sing, the well-known state penitentiary on the banks of the Hudson. He was puzzled as to the proper salutation for his audience: gentlemen, fellow Americans, fellow Democrats, friends—none seemed appropriate, but he solved his dilemma by saying, “I am happy to see so many of you here.” It will be impossible to thank you all individually, but I will mention one former advisee, Todd Wyett ’84, who is here from the Middle West. He, with J. B. Pritzker ’82, initiated the Admission Chair which funds the Dean of Admission.

A few months ago I interviewed with a sixth-grader who was seeking admission to the sixth class. He was, even then, a superb tennis player. I asked him how he had become so skilled. His answer was, “I have had excellent coaches.” His response is appropriate in my case, although perhaps enjoyment could be substituted for success. I have had many excellent role models. The first was Arthur Perry whom I met when I was teaching in Santa Fe, New Mexico, before WWII. He invited me to let him know if I came back east. I did come back in 1942, and was delighted to have my first position at Milton teaching the sixth grade, which I did for two years. Arthur Perry placed me as a floormaster in Robbins House run by Reggie Nash, another remarkable man: house master, history teacher, baseball coach from 1919 to 1952. Then there was Cy Jones, who was headmaster from 1942–1947; Mr. Hunt, who was in charge of Warren Hall, the study hall for Classes IV–VI; Howard Smith who was the chairman of the classics department. These, and many others helped me along the way. Actually I was hired by Mr. Field, who was the headmaster from 1917–1942. His predecessor, Mr. Lane, 1910–1917, was someone I became friendly with in my early Milton years.

Herbert Stokinger (Stoky) deserves special mention—he has been an inspiration for 60 years. Back in 1944, he asked John Pocock and me if we would start a Fourth Class Warren Hall football team to compete in a tri-league with the two Milton junior high schools. Bright-eyed and eager, we reported to Stoky the next afternoon. He handed each of us a shovel, saying the first thing we should do was to dig holes for the goal posts. Our relationship has improved since then.

Later on, advice and friendship from others were invaluable: John Torney, Barc Feather, Betty Greenleaf Buck. Betty Buck was not at Milton when I was with the Lower School but we became good friends when she returned at the close of the war. One story that makes me smile is from a few years ago when I mentioned to Betty that recently I had the most nice lunch with Ned Johnson who had been in my first sixth grade in 1943. Betty had remembered Ned from the fourth grade. She said to me, “Oh, that must have been fun; Neddy was such a pleasant boy. I wonder whatever happened to him.” I was able to assure her that he managed to survive.

I owe so much to people like Arthur and Emilie Perry, and to many others as well. The entire Milton constituency—faculty, parents, graduates, and certainly, students, make and continue to make this School, for me and countless others, the caring, vibrant and challenging environment in which we work and live.