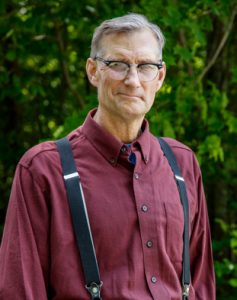 We like flowers as metaphors for transient beauty, but their blossoms take so long to disappear—wilting, discoloring, molting—that it’s never a surprise. For a miracle that disappears in a flash, nothing beats the bubble. Poets and artists love it as a memento mori device (along with the skull and the hourglass—to remind us that life is short), economists love it (dot-com bubble, housing bubble), and Germans use it to describe their pipe dreams, just sudsy illusions (wie eine Seifenblase zerplatzen).

Flannery O’Connor fans will remember Julian, the loathsome college graduate in “Everything that Rises Must Converge,” an aversive racist who despises his mother. Julian withdraws into a “mental bubble” from which he can judge others—with perfect clarity, he imagines—but is safe from their “general idiocy.” My students often respond to the story with their own versions of Julian’s bubble world—the enlightened sanctimony, the judgment—and the best essays that week consider how easy it is to get there. One day we’re open-minded, the next we’re closed for business, surrounded by idiots. This bubble of intellectual superiority is a good one to watch out for because it can’t last. (If you’re the protagonist of an O’Connor story, it will burst on the last page.)

The bubbles out there these days feel less fragile—and there are lots of them. Apparently, the Bubble of Trust keeps you from hooking up with your roommate’s ex-boyfriend. My students describe family as a bubble, the school as a bubble, even New York City as a bubble—worlds that are somehow precious and exclusive. Commentators describe the dangerous bubbles of targeted news, of “personalization algorithms,” of NASCAR voters, of the coastal elite. Too many bubbles, I say. No wonder people are turning to other metaphors to describe insular self-affirmation: shields, silos, walls, filters, echo-chambers. And then they combine them: shield-walls, echo-silos, or filter-bubbles. I like echo-silo, because it makes sense (especially if you’ve ever tried singing in a silo, which is amazing), but filter-bubble? Makes no sense at all.

Words change their meaning over time, and most linguists, according to Bryan A. Garner, are descriptivists, chronicling those changes without judging them. They’ll tell you that we use media and data now as singular nouns and that it’s been fine for years to start a sentence with Hopefully or But. At war with them are the prescriptivists, a handful of purists who try to preserve standards in the language; they don’t want imply and infer ever to mean the same thing.

Meanwhile, there are words in transition—and in dispute. The purists will stigmatize the new use, and the linguistic liberals will find the old meaning odd. Words in this category, Garner says, are skunked, and it’s better not to use them at all. Here are some of his: chauvinism, enormity, fulsome.

Here are some of mine: disinterested, presently, inflammable, nauseous, raptor, feminist, radical, conservative, environmental, artful, prophylactic, mansplaining, begs (as in begs the question). I like these words, but they’re usually not worth the little sermon on what they mean. We English teachers are supposed to be slightly behind the wave, slowing things down if we can, but at some point, we have to give it up. A student can tell me her roommate is nauseous, and I’ll skip the joke, but if I see it in an essay, I’ll tell her the word is skunked—and to go with nauseated or nauseating, whichever she means.

So maybe bubble is due for early retirement, skunked for meaning too many things to mean anything at all. And while we’re downsizing, can we lose deer in the headlights?

Not everyone drives at night in deer country, and not all deer even do the deer-in-the-headlights face. The metaphor is as unhelpful as jet black or puke green. Jewelers used to set a lot of jet stone (black lignite) in rings and necklaces, but not anymore. And not everyone is an Exorcist survivor, still haunted by Linda Blair’s extraordinary spew—so better to go with whatever green you have in mind: pea? army? fluorescent? Same with the roadside deer: shocked? paralyzed? dumbfounded? Say what you mean.

In 1971, I signed up for Mrs. Herzog’s class in British literature across Centre Street at the Girls’ School. Her classes were brilliant, along with the girls, and she always made the poems and plays seem like old friends. Here are two John Donne poems she read to us: “Love’s Alchemy,” which has a good memento mori bubble in the second stanza, and “A Jet Ring Sent,” in which a lover rejects a cheap black ring.

Jack Kruse has been teaching English at the Mountain School Program of Milton Academy since 1984. Please send any thoughts about filter-bubbles, skunked words, or nausea to jack.kruse@mountainschool.org.