Fall is the perfect time to sink into a great book. We asked Milton faculty and staff members to share their favorite pleasure reads. Here are their recommendations.

Color: A Natural History of the Palette, by Victoria Finlay, is a portrait of colors and their histories that is part travelogue, part history lesson, and part science seminar. Finlay shows the rich history behind what so many of us take for granted. 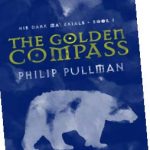 My most-read and most-loved book came out when I was in third grade, and I’ve reread Philip Pullman’s The Golden Compass every two years since then. It’s grown with me, teaching me about love, loyalty, and eventually shades of gray in relationships and politics that went right over my 8-year-old head. As an adult, I find it’s more than just a nostalgic revisit: this book, and the trilogy that grew from it, was such a foundational part of who I wanted to grow into, and I make connections to this day about how it influenced my development.

A Little Life, by Hanya Yanagihara, is incredible, but also incredibly devastating, because it describes sexual abuse and child mistreatment in vivid and at times overwhelming detail. The book follows three decades in the life of four friends as they grow, fall in love, and ultimately find that they can escape a traumatic past. 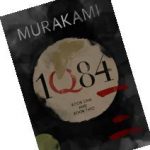 My current favorites include: 1Q84, by Haruki Murakami, which often makes no sense, but is so fun; Good Omens, by Neil Gaiman and Terry Pratchett—the funniest book about the apocalypse you’ll ever read, and a great introduction to Gaiman and Pratchett; and The Particle at the End of the Universe, by Sean Carroll, because we all need to know more about the universe’s beginning and its end.

I recommend the Emperor Trilogy, by J. G. Farrell: The Siege of Krishnapur, The Singapore Grip, and Troubles. Farrell writes big, old-fashioned stories with great details and colorful characters, which draw you into the world of the British Empire as it totters on the edge of collapse. All his characters ooze an air of decay that permeates his stories. 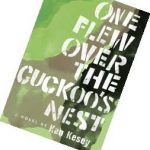 One Flew Over the Cuckoo’s Nest, by Ken Kesey, both disturbed and engrossed me. The book left me changed in terms of how I thought about power, sanity, and laughter.

Robertson Davies’s Deptford Trilogy is one of my absolute favorites and one I’ve reread many times. The books (Fifth Business, The Manticore, and World of Wonders) can be read as solos, and in any order. Davies’s ability to capture both the minutiae of daily life and the bigger questions of who we are and what made us that way is extraordinary.

Homegoing, by Yaa Gyasi, is a favorite. This was her debut novel, and I can’t wait to see what else she has in store. The story parallels the lives of two sisters. It starts in the late 1800s, depicting the impact of the slave trade on each woman and her descendants. What was most enlightening for me was to see how tribal connections influenced the slave trade as a means to gain land and territorial control. Watching the stories intersect in the 21st century between the two lineages made it all come full circle, from whence we came to where we are.

Persepolis, by Marjane Satrapi, is a graphic novel that talks about the author’s child, teen, and adult years during the Islamic Revolution. Satrapi inspires readers by highlighting the importance of survival and maintaining self-identity during political and social upheaval. Persepolis provides enlightenment to see the bigger picture, learn from it, and grow from it.

I love the Inspector Gamache mystery series, by Louise Penny. Most of the books in this series center on the community of Three Pines in Quebec. I hadn’t read a series in a long time, and I have found I look forward to spending time with familiar characters as they face new mysteries or challenges. While each book offers a stand-alone mystery, the series does develop a few overarching story lines—one focused on police corruption, one on the creative life of an artist, one on a pet duck, to name a few. So, begin with Still Life and enjoy them in order.

The Little Prince, by Antoine de Saint-Exupéry. I don’t really know why this book appeals to me so much; perhaps it is its sense of being alone but not truly alone.

Losing Earth: A Recent History, by Nathaniel Rich, relates the story of climate change and the birth of climate-change denialism as well as the grip of the fossil-fuel industry on efforts to reduce our dependence on these fuels.

To the Bright Edge of the World, by Eowyn Ivey! In beautifully lyrical prose, Ivey conjures the harsh beauty of the Alaskan landscape in 1885 and in the present day with a narrative sweep that showcases her exquisite talent at her craft. The novel asks us to trouble the lines between the real and the imaginary, the civilized and the wild, the ordinary and the magical. Cozy up under a blanket while reading this one, because the arctic chill comes to life.