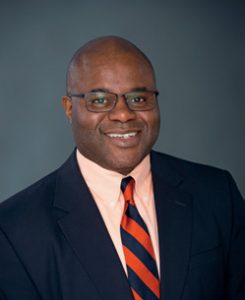 I played Tom Snout, the tinker, in my Class IV play, A Midsummer Night’s Dream. And for the past 40 years, to the dismay of my children, I still enthusiastically recite all my lines whenever someone mentions the play. “In this same interlude it doth befall that I, one Snout by name, present a wall . . . ”

It was my first role in a play, and it was an eye-opening introduction to the stage, my fellow thespians and classmates, and Milton Academy. I came to Milton from the Boston public schools at the urging of my school guidance counselor, Mrs. Husbands, and under the sponsorship of A Better Chance. I’m sure I don’t need to explain to anyone that Milton was a very different world than the Grover Cleveland in Dorchester. In addition to the Class IV play, I joined the freshman basketball team — another first. My schedule of rehearsals and practices was tweaked so that I could do both. My social, athletic, and extracurricular life soared throughout my freshman year at Milton, and I was fully engaged with all my new Milton friends and experiences. But I was struggling academically.

I was a day student, and going back and forth between the disparate worlds of Milton and my Dorchester neighborhood was becoming increasingly distracting and difficult. I tried to be fully immersed in both worlds, but it wasn’t working. When I wasn’t commuting on the T, in school, or at play or basketball practice, I was hanging out with my neighborhood friends, who didn’t understand or accept my excuses of “I can’t — I have to do homework.”

Ellie and Dick Griffin, two of the most selfless and caring people I’ve ever met, saw what was happening to me, recognized my academic shortcomings, and somehow still made me feel like I had extraordinary potential. Along with my teachers, coaches, and advisor, they scrutinized my schedule, kept a close eye on my homework, and made it clear I wasn’t going to be able to slip through any cracks at Milton. They invited me to start spending the night with them at their home on campus at least once a week. That led to my staying additional nights with friends in Wolcott House (eventually becoming a full-time boarder), developing stronger work habits, and, ultimately, making significant academic improvement. The Griffins (along with Mrs. Husbands, the Class IV play director, and my Milton friends, teachers, and coaches) changed the trajectory of my life.

When I was a teenager, it felt like life was happening to me. I was enthusiastic, but pretty darn self-absorbed. As opportunities presented themselves at Milton, I took advantage of them, and I had a blast. I loved Milton. But I was also overwhelmed. And I realize now, though I didn’t fully grasp it then, how many adults spent considerable time and effort (often behind the scenes) on my behalf to make sure that I was able to be successful at Milton and beyond.

To say that Milton expanded my opportunities in life would be a tremendous understatement. My closest friends today are from Milton, and we all grew up in different parts of the country and the world. My Milton years were the beginning of my understanding of the phenomenal impact the right learning environment and the best teachers can have on a student. Because of that, I became a teacher, and then a division head, and ultimately a head of school. (A shout-out and inexorable gratitude to Ed Foley, former head of school at Derby Academy in Hingham, Massachusetts — and also my ninth-grade basketball coach and mentor — for taking a chance and hiring me as his upper school director in 1994, launching my career as a school administrator.:-)) 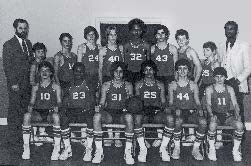 The Griffins and Mr. Foley, along with so many others at Milton, inspired me, gave me hope and confidence, opened doors that I didn’t even know existed, and challenged me in ways I couldn’t have imagined in eighth grade at the Grover Cleveland.

I’m the same Randall Dunn I was in high school. I’m older, but I still feel like that involved, enthusiastic, and sometimes completely overwhelmed teenager. (As Snout said, “And I am the same wall. The truth is so . . . ”) The only difference now is that I am acutely aware of how many people at Milton supported me, helped me build my foundation, and expanded my horizons. And every single day, I am so, so grateful.

Randall Dunn (in basketball photo, #23) is the head of school at the Latin School of Chicago in Chicago, Illinois.