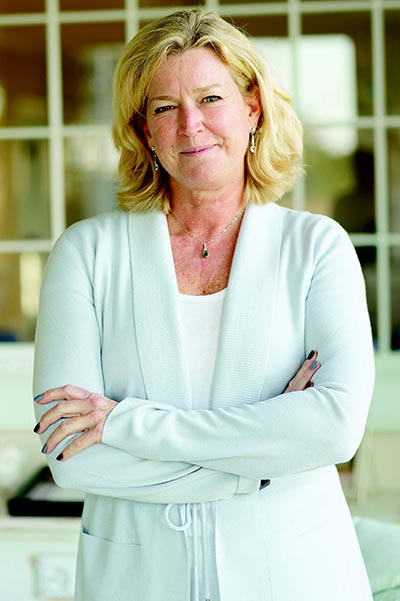 LISA DONOHUE ’83, Milton’s outgoing Board of Trustees president, has served during a period of significant growth in Milton’s history. Since 2015, Donohue has played an integral role in the implementation of Milton’s strategic plan, providing critical advice and assistance. This included supporting Milton’s capital campaign, Dare: The Campaign for Milton. The campaign helped double Milton’s endowment, expand and diversify its student body and faculty, and implement the campus master plan. A former marketing executive, Donohue served in several chief executive roles at Publicis Groupe, the world’s largest communications company, including CEO of Publicis Spine, a technology and data platform; Global Brand President of Starcom Worldwide; and CEO of Starcom USA. She now serves on several corporate boards, including Gap Inc. and NRG Energy.

“Lisa has done an amazing job as Board president,” says Head of School Todd Bland, who has worked with Donohue since his appointment in 2009. “She has been my consummate supporter and, at the same time, has always pushed me to make sure I work in a way that is ultimately doing the best for Milton’s students, faculty, and staff. As a partner, she’s done an exceptional job at that balance, which is not always easy. She was the perfect leader for Milton, because she’s always thinking about how to move the institution forward, acknowledging with gratitude how many strengths we have, but always thinking about ways we can be better. That’s a balancing act that she strikes very, very well.”