EDUCATION: A FORK IN THE ROAD 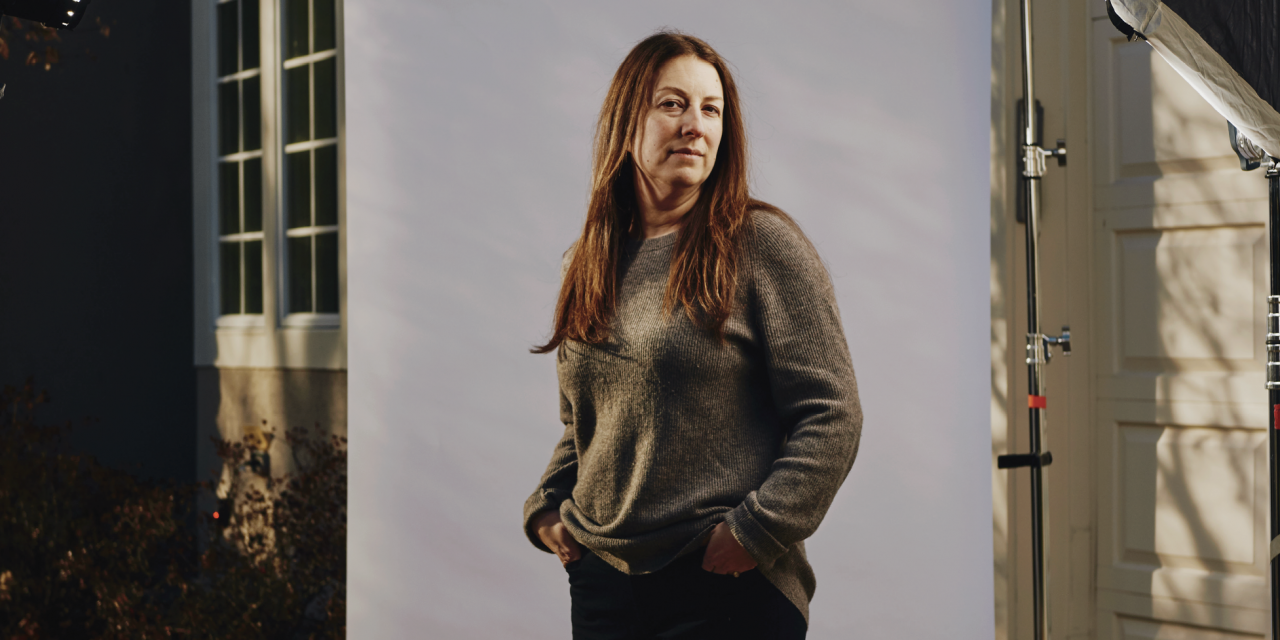 JENNE COLASACCO ’95 has experienced primary and secondary education from many angles. Raised in the Boston suburb of Needham, Colasacco attended the town’s public schools (k–8) before entering Milton Academy in ninth grade. Later, as a young teacher in Baltimore with Teach For America and then for a few years in Providence’s public schools, she saw yet another side of the education system.

“I was always pretty cognizant of the differences in opportunity and privilege among schools—even the differences between my affluent suburban public school and that of Milton,” she says.

And I was certainly aware of how my students in Baltimore and at other urban schools were not getting that same education.”

“Talent, curiosity, and intellectual genius exist everywhere,” she says, yet so many children do not have a chance to realize their potential. “Because of systemic inequity, barriers exist for some students that don’t exist for others.”

As she has risen through the ranks as a classroom teacher, a school principal, and, today, executive director of Lynch Leadership Academy at Boston College, Colasacco has worked to flatten out those differences and increase opportunity for all students.

Last spring, as the COVID-19 pandemic forced schools across the country to move to online learning, her commitment to leveling the playing field became even more challenging. She describes the past 12 months as a “we’re building the plane while we’re flying” type of year.

Today, Colasacco sees her task as twofold: to help administrators manage the current circumstances while not losing sight of their longterm goals of improving educational opportunity for all children.

“Since this all began,” she says, “every teacher I know is committed to doing the best that they can, but the impact of a virtual year on a student—just as the research would tell us—is significant and is especially detrimental to a student from an underserved community.

“If we can bring the anxiety level down and help teachers focus, it enables them to move through that feeling of almost panic. But we’re still coaching leaders on effective school leadership around equity, around instructional leadership, around executive management and change management. That’s what we do.”

Teaching was not part of her earliest career plans. At age 12, Colasacco was already preparing to become a genetic counselor. At Milton, she studied genetics with Linde Eyster, and at Brown University, she majored in human biology with a focus on human health and disease.

But Brown had a strong community service component to its undergraduate program and while she was mentoring at a community center and tutoring at a district charter school, both in the Providence area, Colasacco became intrigued by the profound difference a good teacher could make in a child’s life.

“I was pretty hooked on the combination of talking about content that I found exciting, but also empowering students and being part of their success and celebrating with them,” she says.

Still committed to genetic counseling, but drawn to the power of teaching, she joined Teach For America after graduation. It was in Baltimore that she shifted her career plans permanently. “I realized the field of education was a better fit,” she says, “in that the possibilities were so inspiring. As a teacher, you can do so much.”

She returned to New England and taught in the Providence public schools. Within a few years, she was named principal at the Academy of the Pacific Rim Charter Public School (APR) in Hyde Park, a grades 5–12 school located in Boston’s southernmost neighborhood.

Looking back, she says, every step along her career path she’s taken in order to make an ever greater impact, especially on urban students of color and underserved communities. “I chose teaching because I saw the impact I could make; as an administrator I realized I could make an even greater impact because you’re creating systems within the organization.”

Colasacco wanted to provide her students with some of the same opportunities that students from more affluent communities have. “I wanted them to have access to the type of intellectual quality of education I received. Not everything is possible without systemic change; a teacher or a principal cannot on their own necessarily obtain the resources to build a science lab like the one at Milton. But sitting around a Harkness table talking about a piece of literature and having a really analytical discussion—that’s possible. A teacher or principal can make that happen for students while also advocating for the systemic change that will bring the science lab.”

One of Colasacco’s first actions as principal at apr was to shift away from a popular teaching method at the time: what she calls the “no excuses” charter school model. Students were expected to adhere to behavioral standards that struck Colasacco as demeaning and counterproductive. “It had a good end in mind, but the means to that end, I struggled with,” she says.

When she arrived, because teachers worried about how high school students might behave as they transferred between classes, pupils remained in the same seats, in the same room, throughout the school day, while teachers rotated in and out of classrooms. “These were kids who come from all over the city, who got themselves on a bus, sometimes changed buses, who were going to be on a college campus in 10 months, and we think they can’t walk down a hallway,” Colasacco says. “What’s underneath that lack of belief in kids?

“I think about the pretty significant degree of freedom and trust that I had in high school. I certainly didn’t need anyone monitoring my every move. At Milton, you walk around campus, you go where you’re supposed to go; there’s so much implicit trust, even if it’s not talked about.”

Colasacco instituted several changes. AP classes were added to the curriculum, and Harkness-type seminars and English classes that combined juniors and seniors were introduced. Students ran their own extracurriculars without an adult in the room. “Today, that sounds absurd,” she says, “but, back then, giving students that freedom was a departure from what people believed was an okay thing to do with teenagers from these communities. It’s our job as educators to challenge and change those biased mindsets.

“It all has to make sense,” she says about the implicit messages students are sent. “If you tell a kid you believe in them and they can do this challenging work in their AP calculus class, but then you won’t let them go to the bathroom, they see the dissonance in that. They’re smart.” Over time, she says, the policy and curricular changes that were made helped improve performance and “empower our students intellectually.”

After nine years at apr, Colasacco, once again seeing an opportunity to make a greater impact, joined Lynch Leadership Academy, where, as executive director, she oversees a team of former school administrators who mentor a network of principals and administrators in public, charter, and Catholic schools from across Massachusetts.

As school leaders struggle to keep up with the profound demands the pandemic crisis has placed on them, the leadership program team has responded, providing increased support. It helps administrators ask the right questions: How are teachers building a curriculum? What does it mean to build community across a screen? What technology training do teachers need? Are they collecting the data to know how students are faring? What is the outreach that families need?

Colasacco believes that shrinking the education gap produced by the health crisis, particularly for students from underserved communities, will be a challenge facing educators for years to come. But the future, she says, cannot be about just shrinking the gap. “We have to makeup the gap and move forward and educate and empower our students simultaneously.”

Research showing the consequences of this degree of interrupted schooling is limited, she notes. “People have followed the trajectory of the students during Argentina’s military dictatorship of the late 1970s and early 1980s. We know their college attendance and graduation rates were lower; the amount of income they earned over their lifetimes was lower; all the sorts of measures of healthy adulthood were lower. They did not recover as a whole.

Innovation, she says, is one positive result of the sudden move to online learning. What has been learned around virtual teaching and synchronous and asynchronous learning will be helpful for students with long-term medical needs and for adult students who don’t fit well into traditional school settings.

“It’s always good to have more than one way to approach teaching students with varying needs, but that doesn’t compensate for what I think are real losses,” Colasacco says. “Coming out of this, it is going to be incumbent upon schools to take the necessary steps. Fortunately, we do know how to do this right; there’s scholarship and research on how to accelerate learning for students.”

Colasacco has been grateful for and inspired by the way the philanthropic community has stepped up. “That support is going to need to continue post-pandemic, because the acceleration of learning is going to be intense and it’s going to take time,” she says. “People will need to be really committed; otherwise the impact of this is not going to be recoverable for most of our students.

“We are at a fork in the road: We know what will happen if we don’t do anything, but we also know so many things to do. There needs to be a collective commitment—in government and in society—to support the things we know we need to do. These kids deserve it; they’re the next generation of leaders in our society.

“To me it’s a deep, moral issue that we respond forcefully.”