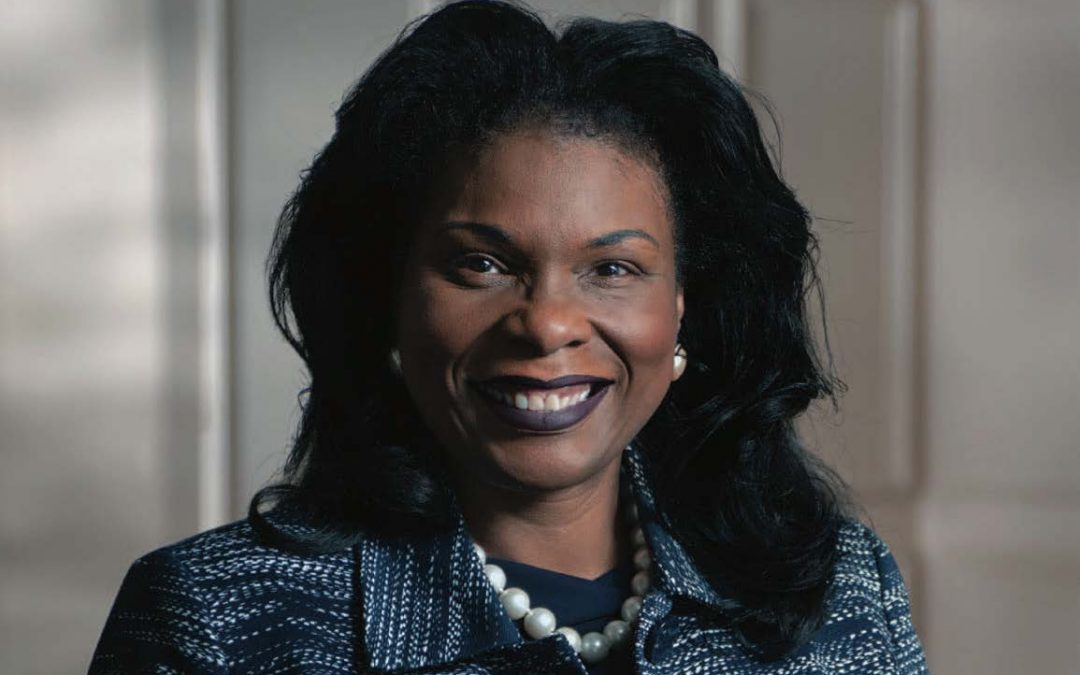 With many years of experience at independent schools, Upper School Principal Monica Benton Palmer intends to spend her first year at Milton observing and listening.

Dr. Monica Benton Palmer became principal of the Upper School on July 1, 2022. Previously the dean of faculty at the Governor’s Academy, Palmer has two decades of independent school experience, beginning with several roles at the Madeira School in McLean, Virginia, where she was a member of the faculty, dorm head, parents’ liaison, enrollment manager for diversity outreach, and the fine and performing arts department chair. Prior to her career in education, Palmer was an actor, performing on stage and in film and television. She received her undergraduate degree in dramatic arts and law and society from the University of California, Santa Barbara. She holds two master’s degrees from Columbia University: an M.F.A. in theater and an M.Ed. in educational leadership from the Klingenstein Center for Private School Leadership. Palmer earned her doctorate in education and organizational leadership from the University of Pennsylvania. She succeeds David Ball ’88, who has been named the director of strategic initiatives.

Milton Magazine met with Palmer in the spring to discuss her new role and vision for the Upper School.

What excites you about Milton and your new role?

So many things excite me about this new role, but at the top are the students and adults here. When you think of Milton, you think of a long history around making strides to advance education as we know it. To become part of this history is incredibly exciting for me, not only as an educator but as a parent, and as a person who respects traditions yet pushes to see what we can do better. There are so many schools that revere Milton as a progressive place for education; to be part of it is thrilling in so many ways.

How should a school like Milton balance its centuries-old traditions with the need for progress?

Part of what I wrote about in my dissertation was the history of boarding schools. When you have these old schools, some of which have been in operation since before the country was founded, they can be rooted in ways of the world that are not always aligned with where we are and where we’re trying to go today. You can look at the past and respect the history and understand the context of where the school was at a given time, but also become a beacon of change for the future. I often find that schools like Milton and Governor’s are looked at as examples for others, and we have a real opportunity to advance our public purpose.

Parents today are always thinking about the value proposition: “Why are we spending X amount of dollars to send our child to this school?” We need to ask that question of ourselves: What is truly our purpose? Not only in the community, in the state, in the region, in the country, but in the world.

What are your priorities in this first year leading the Upper School?

My first year is about listening, about hearing what people are saying and listening for things that aren’t necessarily being said. I plan to observe and go to as many events, games, and performances as I can, and to approach Milton like an archivist so that I can glean a great deal of learning throughout the first year.

I am rooted in the belief that when we provide opportunities for our young people to go outside the curriculum and be able to take theory and put it into practice, it sticks. That’s really what education is about, and I plan to spend this year educating myself.

My leadership style with adults is about hearing where they’re coming from. I think that’s been the most important aspect of my leadership. In my role as dean of faculty, I had to have lots of conversations that were not always easy. Having empathy and respect for people and meeting them where they’re at is very important to me. My approach is very collaborative and founded on the basic premise that people come first.

The pandemic, for me, also introduced the importance of support regarding mental health and the anxiety felt by not only students but adults. I make sure that people know that I’m accessible, and if I’m not at a given moment, there are clear directions for where I am and when you can get in touch with me.

What inspires you about working with high school students?

Can you talk about your leadership experience in the area of diversity, equity, inclusion, and justice?

It’s my daily walk. It’s the shoes I walk in. It’s the skin on my back. Being a Black woman in this America is no easy feat, especially in a predominantly white institution. When I began working at Madeira, it was clear that DEIJ came from the top. The head of school said, “If I am not the person leading diversity, equity, and inclusion, people will deem it unimportant. I can make sure that it’s prioritized in our budget and part of our strategic plan and curriculum and everything we do here.” That level of transparency was important, and something I include in my own leadership. From that point, this work became part of the fabric of what I do. I have tried to lead by example as a teacher, and when I became dean of faculty, I did the same thing across academic disciplines.