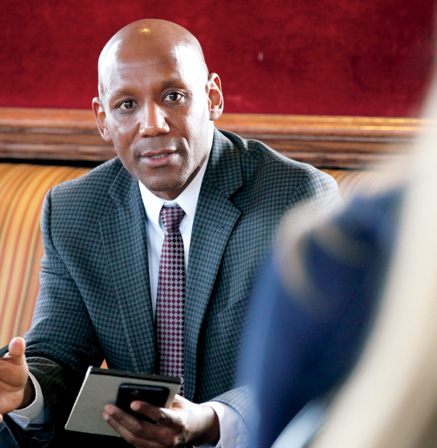 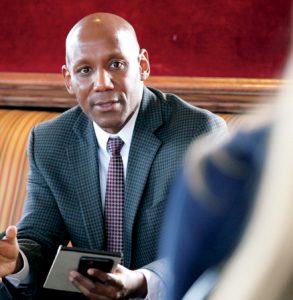 “Institutions that promote the pursuit of truth and knowledge need to be honest about themselves,” Professor Craig Steven Wilder told students. Professor Wilder, an MIT history faculty member and author, was this year’s Heyburn Lecturer. In researching and writing his latest book, Ebony and Ivy: Race, Slavery, and the Troubled History of America’s Universities, Professor Wilder revealed nearly universal connections between the earliest American educational institutions and slavery. Professor Wilder received his bachelor’s degree from Fordham University, and a master’s, master of philosophy and Ph.D. from Columbia. In addition to Ebony and Ivy, he is the author of A Covenant with Color: Race and Social Power in Brooklyn; and In the Company of Black Men: The African Influence on African American Culture in New York City. His has written essays for Slavery’s Capitalism and wrote the inaugural essay in the digital journal New York History. In 2004, Columbia University awarded Professor Wilder the University Medal for Excellence during its 250th Anniversary Commencement.

“The most important decision you make as a student is not about the history of the institution but the fit between your personality and the institution. Your decision is a personal, three-dimensional one, and not some grand statement about American history. The way it’s going to make the greatest impact is if you thrive in that institution.”