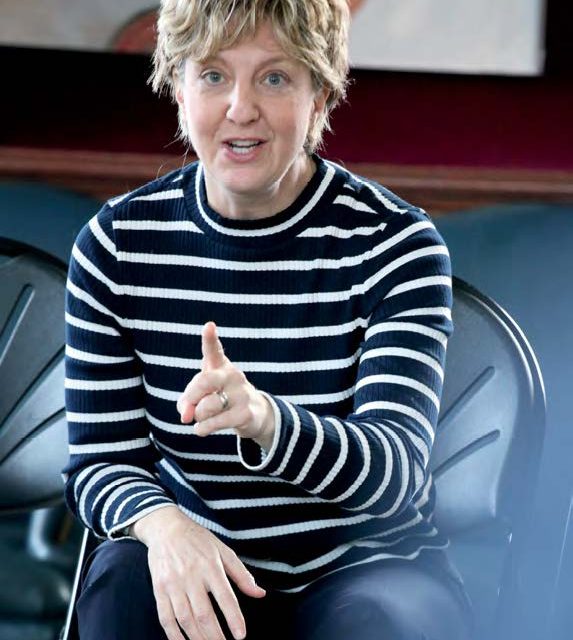 The legal distinction of whiteness as a race did not exist anywhere in the world until 1681, when Colonial American lawmakers sought to outlaw marriages between European people and others, the sociologist Jacqueline Battalora told Upper School students. This was, essentially, “the invention of white people,” said Dr. Battalora, who visited Milton as the Henry R. Heyburn guest lecturer. Dr. Battalora is a lawyer and a professor of sociology and criminal justice at Saint Xavier University, and previously worked as a Chicago police officer. She holds a Ph.D. from Northwestern University and has been engaged in anti-racist training since the mid-1990s. Her book, Birth of a White Nation: The Invention of White People and Its Relevance Today, was published in 2013.

“It was truly extraordinary how lawmakers worked to restrict the rights of people of African descent and generated this presumption of superiority via the new status called ‘white.’ There is no genetic basis to the construct of race. It’s about power. And because it is man-made, because it’s about power, we can do something about it.”