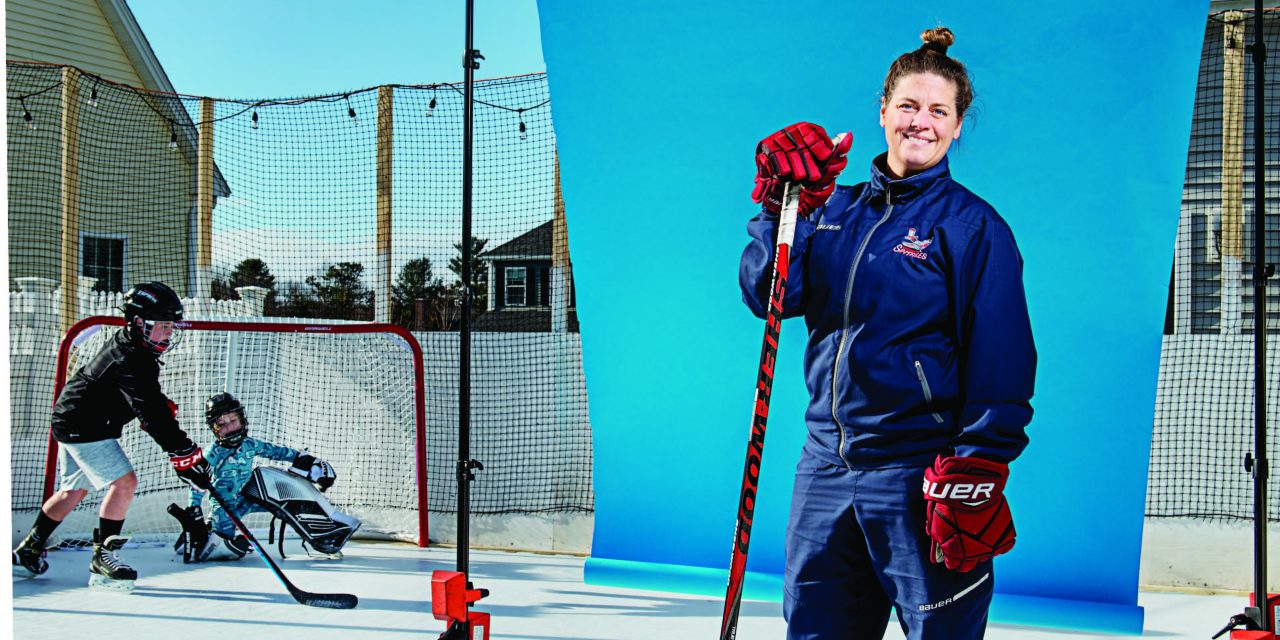 How to talk to a teenager as an adult—especially in deep conversations about emotions, life goals, relationships, sex, alcohol, or drugs—is a timeless quandary. But KIMBERLY MCMANAMA O’BRIEN ’96 does it every day and loves it.

As a clinical social worker and research scientist at Boston Children’s Hospital, O’Brien says she enjoys “the feeling of trying to connect to the soul of the kid I’m sitting with. It’s a privilege to hear teens talk about what they are going through and what’s hard for them. I do whatever I can to give them a space to talk it through and figure out what they want to do about it. For me, that challenge is so rewarding.”

O’Brien is also an assistant professor of psychiatry at Harvard Medical School and the mental -skills coach for Harvard’s women’s hockey team. She recently started her own private practice, called Unlimited Resilience, which is run by athletes for athletes. Most of her days involve some combination of clinical practice and research.

O’Brien says that what she and her peers are seeing in teens is heightened anxiety, particularly in high-achieving academic and athletic circles. But general anxiety about life—the political climate, race issues, and the pandemic—is escalating. Teens absorb all kinds of media every day, and they are “bombarded with information constantly,” says O’Brien. “Their brains aren’t fully developed yet to completely understand what’s happening in a way that gives them any sort of capacity for abstract thought about it.

“Along with that anxiety can come a whole host of other things, like suicidality, substance use, and eating disorders. As teachers, parents, and trusted adults who support teens, we need to be aware of what we can do to help kids with anxiety. The first is recognizing it. Do they seem tense? Are they acting a little bit different? Do they seem fearful of things that they weren’t fearful of before? Then the key is talking with them about it.”

COVID-19 brought an additional stressor because when humans experience anxiety, “the two main things we crave are certainty and comfort,” O’Brien says. “Right now, in our world, there is no certainty. That means we need to focus on this idea of comfort. How can we help kids learn to soothe themselves and regulate themselves when they’re feeling out of sorts?”

“Although there is much more awareness and discussion of mental health among today’s teens than in generations past, it’s important to help students understand how important their mental health is and how they can do something about it if they start to feel not so good,” she says. “As this generation is more comfortable talking about it, we need to take advantage of this and help our kids build their skills.

“There is still sometimes a stigma about asking for help in general, because of the human ego. We want to feel like we don’t need help, especially as teenagers—we think we can do this ourselves.”

As a Milton student, O’Brien was a serious and committed hockey player and loved the team. But she was “a suicidal teen myself,” she says. “And I never talked about my depression because it wasn’t supposed to be talked about. I struggled with it through young adulthood until I started facing what was happening to me. Luckily, I eventually learned that it was okay to talk about it.” 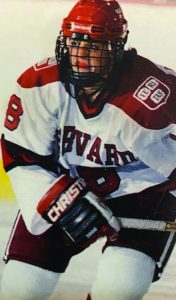 At Harvard University, O’Brien was an economics major and a four-year member and co-captain of the hockey team, which won a national championship in 1999. After a few years of working in an uninspiring corporate job, O’Brien found her natural fit and obtained her master’s and doctorate in social work from Boston College. She completed her postdoctoral fellowship at Brown University.

Her research grew out of her experiences working in psychiatric care facilities doing emergency evaluations, where she saw gaps between caring for acute crises and the follow-up that is needed when teen patients return home. So she is focused on developing interventions for suicidal teens and their families with or without the issue of substance use. In one study, O’Brien developed an app for suicidal teens and their parents called CrisisCare. She says, “It has a dual mode where the kid is linked with their parent, so they can have the resources they need to help themselves in a suicidal crisis and the parent will have the ability to coach them through it.”

Her work with athletes, both at Harvard and in her practice, covers areas such as mindset, performance anxiety, interpersonal conflict, coping with injuries, LGBTQ issues, substance use, and, most recently, loss of identity, as athletic competitions and practice essentially stopped during the pandemic.

“What’s cool about working with athletes is that many of them are goal-, task-, and achievement-oriented,” says O’Brien. “So they drive this. They’re very active participants in their treatment. That’s how I like it, because therapy works best when I’m doing the least. They are figuring out what it is they need and what it is that helps them. Ultimately your therapist shouldn’t be taking care of you. Your therapist should be giving you the skills you need so you can take care of yourself.”

Sometimes what helps a teen patient is prescribed medication. But that’s a decision for teens and their families, O’Brien says. “What I do is present them with the information. For example, we know for kids with depression the best practice is a combination of cognitive behavioral therapy and, in some cases, SSRI medication. I talk to them about pros and cons of medications so that they can make an informed decision on their own. 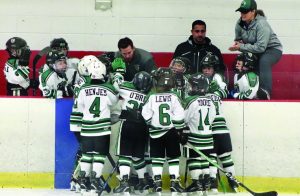 When she is not working with teens or her research teams, O’Brien is busy with her four children, all under the age of 12. She and her spouse, Kevin O’Brien, live in Walpole, Massachusetts, where O’Brien stays involved in athletics by coaching youth hockey, field hockey, and lacrosse. She also still plays competitive hockey and her new sport, platform tennis.

“Honestly, the teens I work with make me hopeful every day, because this teen population is a hopeful group,” says O’Brien. “I love to see what they care about, what they’re passionate about, and the dreams they’re chasing. There’s such energy in that. I am also hopeful that our society is starting to understand the importance of mental health and realizing how the mind and body are strongly tied. I’m hopeful that mental health will become something routine and something that people just do. Just like you’re supposed to go to your doctor every year, you should be taking care of your mental health, too.”

STORY BY L I Z MATSON