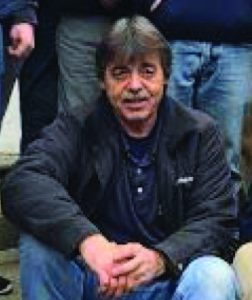 Manny started at Milton 37 years ago this year, having spent his entire career as part of the grounds team within facilities services.

Known as someone always willing to learn new things and ready for any challenge that came his way, Manny ensured that he and other members of the grounds team successfully completed every season-related task. There was not any job he would not take on. From growing grass to building walls and fences, to ensuring irrigation was working properly, to the basics of weed-wacking and picking up trash, he was focused on ensuring that the school grounds sparkled. Under Manny’s direction, each playing field was lined for the appropriate sport and met dimension requirements. He could operate any piece of equipment needed and was always ready to mentor and teach others. Manny was also integral to the school’s event set-ups. He played a key role in ensuring that the school always had the appropriate tables, chairs, and other needs available in the tents and gym when the school had to revise its approach during COVID.

Manny took great pride in his job and there was never any question about whether a task scheduled would be completed. His exacting nature showed in everything that he did, especially in the perfectly lined up corners between paths and fields. He literally (and stubbornly) refused to cut corners. Despite his long commute, Manny was often the first to arrive and the last to leave. Even when it snowed, he would make it in and ensure that our paths remained clear even during the largest storms.

On campus, you could always hear Manny before you saw him. Even while focused on getting the work done, he was a constant presence. He loved seeing and speaking to the students each day. He believed wholeheartedly in the school’s mission, and would do anything he could to support it.

Manny, we hope that you have some great catches now that you can spend a lot more time fishing with your family! We will miss you and wish you the best.