Promoting Stories That Need to Be Heard and Seen 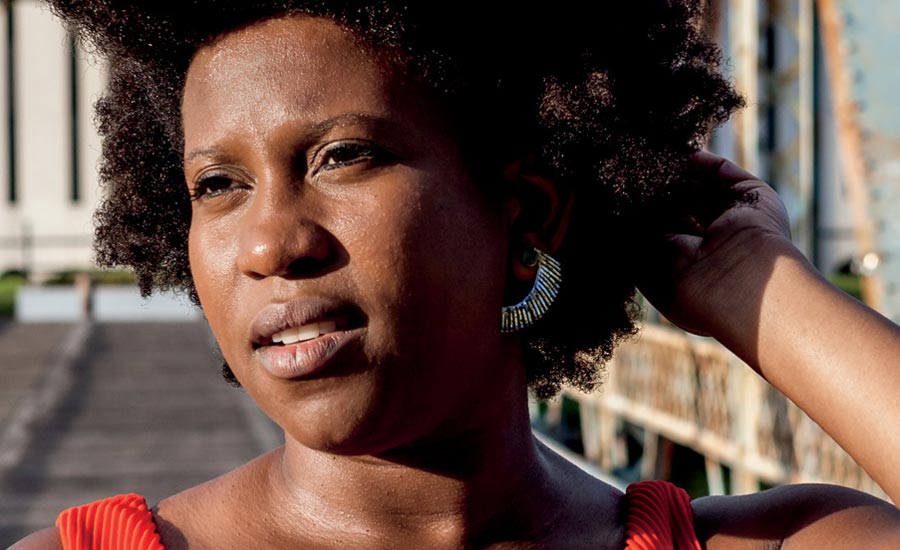 Chloe Walters-Wallace grew up watching stories unfold on film sets in Jamaica where her mother is a line producer. Childhood was adventurous and colorful in her eclectic community that Chloe describes as “sort of middle-class hippies who, to this day, are wonderful creative, open, free-spirited people.” Today, she lives in New Orleans, where she multitasks projects and numerous roles centered on amplifying the voices of marginalized people.

“There’s more awareness about the lack of diversity in film, especially with the debate about #OscarsSoWhite,” says Chloe, “a lack of women filmmakers, filmmakers of color, and LGBTQ voices. My little slice of this work, which is needed in many other industries across the United States, is to push this industry to diversify, because it hasn’t been working so well for these particular filmmakers.”

Chloe is program director for the Emerging Voices Mentorship program at the New Orleans Film Society (NOFS), which helps expand career opportunities by connecting six local filmmakers of color with industry gatekeepers each year. Many applicants for the program come from New Orleans, but also from Baton Rouge and Lafayette. Their work includes documentary projects, experimental films and music videos.

“I love reviewing the applications and seeing how filmmakers use their experiences or the experiences around them to tell us stories that we can all connect to as a society,” says Chloe. “Their work either puts a mirror up to ourselves or explores a different viewpoint to show life from a different perspective.”

New Orleans lacks the direct connection to an industry that is heavily rooted in New York and California, and that’s a challenge. Chloe previously worked for the Tribeca Film Institute as a program coordinator for Tribeca All Access, which connects filmmakers of color, women and LGBTQ groups with industry gatekeepers. The location in the center of New York City made her task easier.

“Here, this North-South prejudice is still going on. We haven’t had a ton of investment here. I don’t know why that is or what that means, exactly. However, there is a new push for a geographic diversity. It’s the new buzzword. It hasn’t really siphoned to New Orleans. but we’re trying to do our best.”

Every October, the NOFS brings East and West Coast film industry leaders to the New Orleans Film Festival, where they are paired off as mentors to the selected filmmakers. In addition to one-on-one meetings, mentees participate in intensive meetings and workshops with other industry professionals to pitch their projects and build further connections. Sundance and Time Warner 150, in addition to smaller organizations like Firelight Media and Seed & Spark, have participated.

New Orleans location may be a challenging work location, but Chloe loves living there. “New Orleans has its own distinct culture, but it also reminds me of home: the weather, the people, the music. People just play music out of their homes and out on the street. Even New Orleans’ potholes, politics and ideas of class—they’re very similar.”

Chloe’s love of documentary filmmaking loosely goes back to her time at Milton, when she was cast in a 1212 Play production of Medea. She was hooked, and jokes that she could see her name in lights above Broadway. As a Mellon Mays Undergraduate Fellow at Barnard College, she majored in theater, but minoring in anthropology started to shift Chloe’s direction. It fostered a love of learning about people’s lives that led to a passion for documentary filmmaking.

After college, she became a research production assistant for the award-winning director Jonathan Demme, who was working on a film about Bob Marley. She earned a certificate in documentary media studies from the Schools of Public Engagement at the New School in 2008, followed up with a master’s in material and visual anthropology at the University College, London, in 2012. She directed and shot her own short documentary, Owning the Oasis, about a secluded street of row houses in New York City. 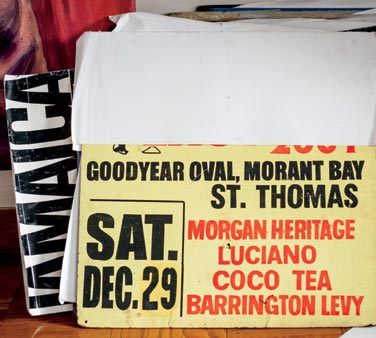 “My true love is documentaries and creating films. I love  talking to people and learning about how they see themselves, or delving into characters and seeing through their worldview, and how that precipitated their actions and their relationships, all of those things.”

Chloe actually came to New Orleans five years ago for her other job, media and communications manager at the Institute of Women in Ethnic Studies, a public health nonprofit. This group does programming and media outreach on sex education and mental health education that is targeted toward New Orleans youth. Their most common format is public service announcements on local television, social media, billboards and bus ads.

“We did a campaign that advocated for quality mental health resources across the city, and we’re doing a campaign now that addresses the harassment and social marginalization of youth of color, LGBTQ youth, and religious minorities. We want this campaign to reflect New Orleans as a more inclusive New Orleans, and push for better school climates.” 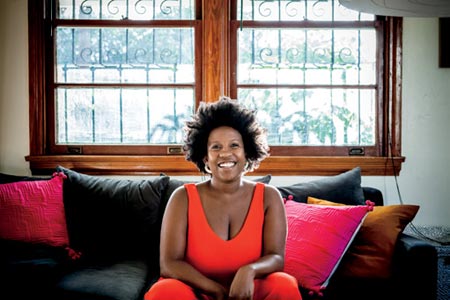 She’s also involved in a group called NOW, LOVE, which is New Orleans Women, Living Our Values Everyday. Chloe is helping this anti-Trump, all-women’s action network coordinate a screening series of films that address issues relevant to each of the group’s action teams.

On the side, Chloe’s labor of love is Tsunami Scarecrow, a portrait documentary she is creating about the Jamaican artist David Marchand. He was a self-taught mixed-media artist, who recently passed away unexpectedly. “I really love complex characters, in life, in art, and David was the ultimate. To me, he’s also a sign of cultural resistance. He was a self-declared Dadaist and always knew his worth even when the Jamaican art industry didn’t.” 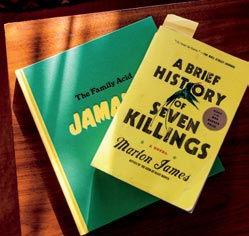 Looking toward the future, Chloe is drawn to the digital media landscape. She is particularly interested in producing programming like the work of the New York Times Op-Docs or Field of Vision. Chloe is hopeful that diversifying the film industry will happen, albeit slowly.

“I think more voices are getting out there. There’s a long way to go, and that has to do with the systems in place. Some of this is changing because of companies like Amazon and Netflix. But a lot of the people selecting the films are not people of color. The barrier is that they just don’t connect with stories from people of color, so they don’t think they are important. But the landscape is changing. Social media is bringing so much to the table. No one wants to be talked about on social media anymore. It’s a fascinating method to get people to change or think differently.”