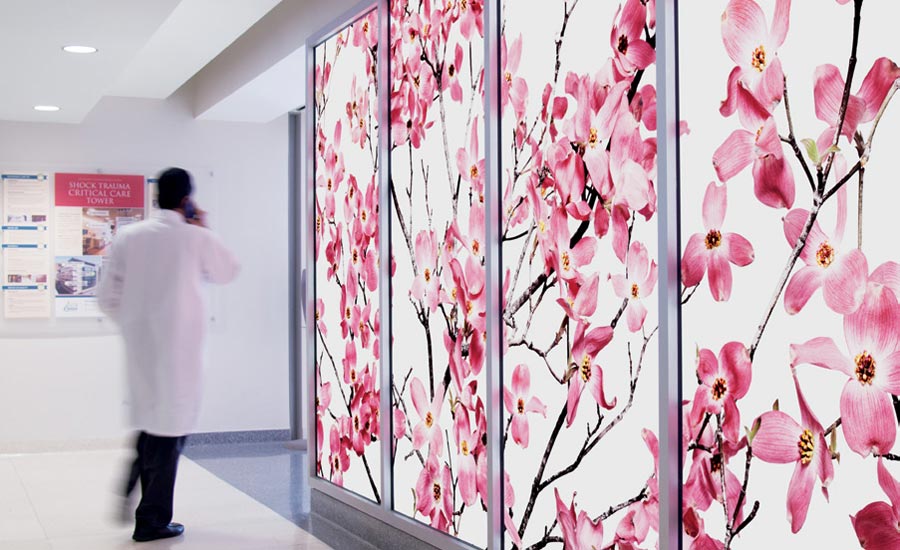 When she was 10 years old, Amanda Weil discovered a darkroom in the basement of her rambling family home in Mt. Kisco, New York. Her father had built it before she was born. “I have vivid memories about figuring out how to use the darkroom,” says Amanda. She didn’t have a camera, she just made photograms. These are images made by placing an object directly onto the surface of a light-sensitive material such as photographic paper and then exposing it to light. An adult clearly supplied the photographic paper and developing chemicals, “but nobody particularly noticed what was going on,” she says. In fact, the area was wet and she got an electrical shock every time she turned on the enlarger; she quickly learned to wear sneakers to ground that shock. She was free to experiment.

When she did get a camera, she continued teaching herself. Nightingale-Bamford, her school in New York City, didn’t have a photography program after school, so at 10 years old, Amanda marched around the corner to the Spence School and asked to take part in theirs. Spence agreed. 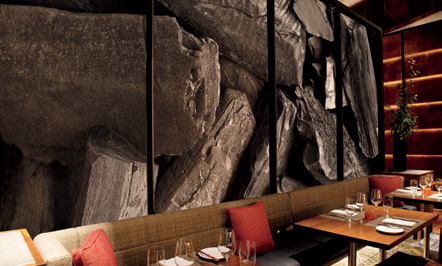 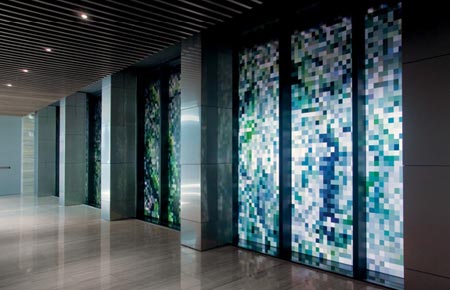 The matters of light and transparency that fired up Amanda’s curiosity and fascination when she was a child consume her today. Amanda’s studio creates photographic art-glass installations on an architectural scale (www.weilstudio.com). “The glass is transformed by the photograph, and the image is transformed by light,” she says. Her work references the power of stained glass, which depends upon transmitted light for the full visual experience. In public and residential locations across the United States and abroad, Amanda’s large, translucent images create the look, feel and experience of a space.

“I had a strong identity as a photographer,” Amanda reports, “and in ninth grade I went off to a French school in Switzerland, where I basically single-handedly did the yearbook for the school that year.” In retrospect, Amanda muses, overload from that year affected her choosing to move away from photography and art during her Milton years. They roared back to the foreground at Harvard, where she got involved in the Visual and Environmental Studies Department. “My parents were very perturbed. ‘What? Why are you doing that at Harvard?’ Nobody in my family had any interest in creativity as a life endeavor. I was expected to do something far more mainstream—become a lawyer, or marry one, at least.” 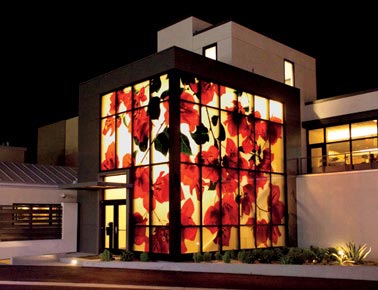 “Clearly I had found something very relevant to me. I began using transparencies—photographs printed on a clear background—because they make the viewer more conscious of light. Then I started to work with scale because I started thinking about how to keep a viewer’s attention. I found that when you scale up to the size of the body, people begin to have a visceral relationship with what they’re looking at.”

For example, Amanda’s senior art thesis, called “Hanging Around,” was composed of large-scale transparencies of her friends that she hung on a wire grid. “So when you walked by them they would all kind of move. You would feel like you were mingling among translucent beings.”

After graduating and a fellowship with the Whitney Museum Independent Study Program in New York, Amanda dipped into “the 1980s art world, before realizing that it wasn’t how I wanted to make my way.” She launched her own company, making furniture using her imagery, and continued pursuing her ideas about photography, light and translucence. 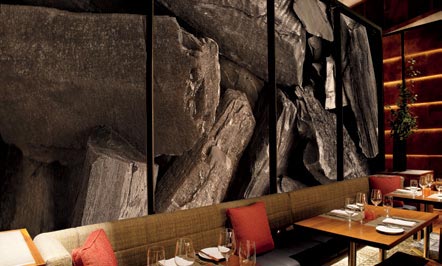 Advancing technology drove the next transformative changes in Amanda’s work. A glass manufacturer who’d seen her work in a magazine approached her. He told Amanda that he could “do what she was doing with glass,” as she put it, “but at an architectural scale. ‘Why don’t you sell your ideas to architects,’ he suggested, ‘and I’ll produce them.’”

“I did that,” Amanda says. “That became the work of my studio. It’s been successful. I’m a classic example of an artist with a business, much more an artist than a business person.” You’ll find Amanda’s installations in hotels, restaurants and apartment buildings from New York, Chicago, San Francisco and Los Angeles through Ottawa, Berlin, Geneva and Tokyo; medical centers in New York, Pennsylvania and California; memorials (such as the 9/11 Memorial in New York) and parks.

Typically an architect or designer proposes a space to Amanda that awaits a spectacular light-filled focal spot. She generally brings a light designer onboard. With the client, the team considers issues of context, scale and location as well as the client’s vision. The studio creates imagery specifically for each project. 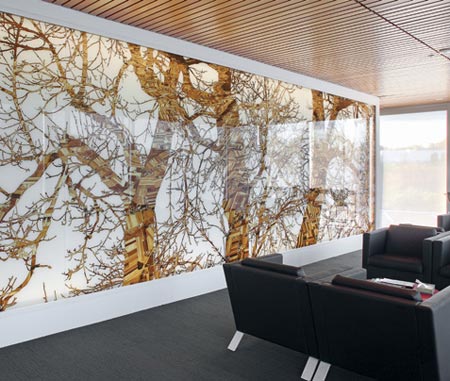 Amanda’s imagery ultimately interacts with its viewers. Sometimes, it simply provides an encompassing tone or a spirit, as do the enormous scans of sea glass that set apart the Weill Cornell GI Oncology Infusion Unit in New York. Other times it’s a complex trompe l’oeil, as in an emergency services waiting area in Lancaster, Pennsylvania: from outside at night, the waiting area looks like it’s bordered by a grove of winter trees. Inside, at close range, viewers come to realize that the “trees” are collage constructions, created from aerial photographs. In a chair, peering closely at those trees, the visitor comes to realize that the aerial views are local. He may be able to locate his own farm. Inside a building on San Francisco’s Mission Street, abstract collections of squares in multiple greens lend light, calm and beauty to a large lobby. Eventually the squares sort themselves out—when your eyes scan upward and drift along the horizon—as a grove of California oak trees. Teak benches invite you to stay and listen for the birds! Lit against a dark Los Angeles block at night, translucent pink shapes with delicate, darker-pink veins define themselves as bougainvillea blossoms on vines winding over the two-story exterior atrium of a restaurant. In another restaurant, as you climb an open staircase, you imagine that you’re inside an Etruscan ruin—heavy, singular, hand-hewn stone blocks surround you. Closer inspection, as you divert from your menu, reveals that they are intensely detailed photographs of ancient stones: a glass wall illuminated from behind.

Amanda’s work relies on high-resolution digital files. To capture images she wants, Amanda uses a GigaPan system, which works by mounting a camera and lens on top of a robotic head. This system was developed for NASA prior to appearing on the consumer market. The robot is programmed to take a grid of pictures in a scene. Using software to stitch together the captured images into a single photograph—Amanda is able to create an image exponentially larger than the resolution of a standard image. Expertly using the software, she can layer and juxtapose and create complex views from the visual data. That’s how the lobby of the Atlas Building in New York came to be framed by a massive image of the woven, dissembling strands of a textile fragment from the Garment District just outside the building’s doors, juxtaposed against an image of sea and sky.

Only recently, having relinquished her lifelong Manhattan roots and moved to Berkeley, has Amanda been able to “find the psychic space to expand my personal artistic ideas.” It’s public art that draws her head and heart. For nine years, ending in 2013, Amanda chaired the board of Creative Time, a vigorous New York-based organization that for decades has commissioned and presented ambitious public arts projects, such as the Tribute in Light, the twin beacons of light that illuminated Lower Manhattan six months after 9/11. “That involvement has been the most profoundly satisfying part of my life, really,” she acknowledges. One extraordinary experience, Amanda says, was being present for Paul Chan’s staging of Waiting for Godot, with the Classical Theatre of Harlem, in the desolated streets of the Ninth Ward in New Orleans, after Katrina. “You could see that shining a light on that overlooked community was so relevant. That’s where social change starts.”

Creative Time pioneered bold ideas about mobilizing and organizing artists to show that “art matters, artists’ voices are important in shaping society, and public spaces are places for free and creative expression.” Creative Time’s annual Summits, which occur throughout the United States and increasingly in international locations, gather artists to address explicitly the intersection of art with social and political issues.

Anne Pasternak, currently director of the Brooklyn Museum of Art, was the executive director of Creative Time from 1994 through 2015, during Amanda’s tenure as chair. “My role,” Amanda says, “was to help her realize her extraordinary vision over those years. She’s a force of nature—brilliant.” 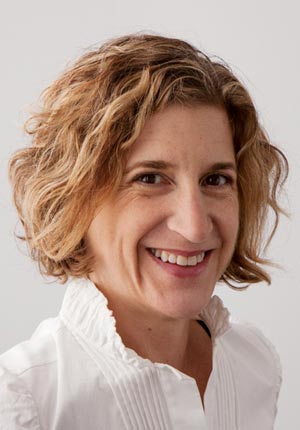 The project that may end up tapping Amanda’s newly found psychic space is one she started in 1987 when she was at the Whitney Museum Program. “I took a picture every hour for the month of September, every waking hour, and this is my 30th year. The idea was that pictures accrue fascination over time, so I’d take the pictures—wherever I was, in the city—and just put them away.

“I was very idealistic, and I felt in my youth that if you could change the way people see things, you could change the world. I started out from a very idealistic position.” Now that she’s looking at this decades-long series of images she’s created and digitized, Amanda finds it interesting to think that while memory is not linear, these photos create a linear memory, a way of looking at things and people over time. She is hopeful that ultimately it will reflect not only a chronology, a series of life moments, but also insight about our culture. “Because if this project is, in the end, culturally relevant, then I’ll believe that the magic I sensed as a child will have helped me to create meaning. And what more could one want out of one’s work in life?”