Do the Science. Show the Evidence.  Sam Myers ’83 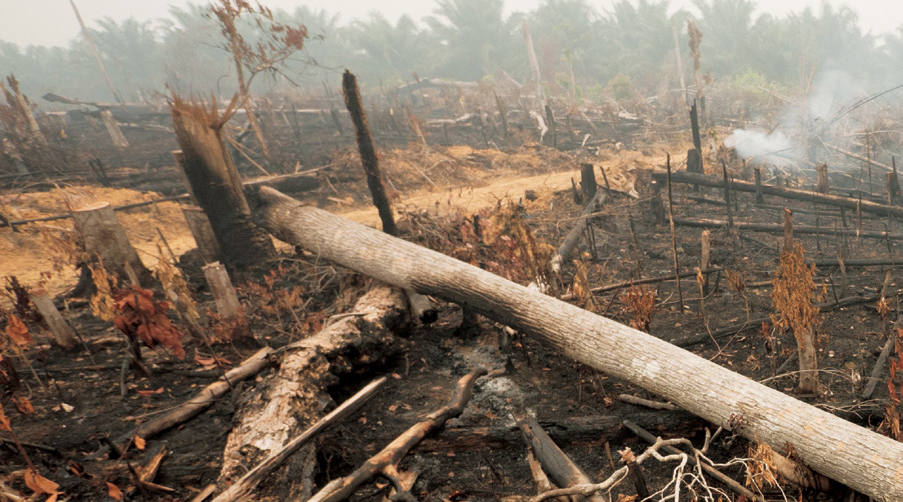 As Sam Myers delivers an esteemed, international lecture, you can sense the live tension between the deep, emotional urgency of his assessment and the patient, unassailable methodology he believes must drive our response.

Last November in London, Dr. Richard Horton, editor-in-chief of The Lancet, was about to start taking questions from the packed audience at The Academy of Medical Sciences & The Lancet International Health Lecture, when he momentarily diverted. “Tell us how,” he asked Sam, who had just delivered the lecture, “despite your full, traditional, medical training, and work at some of the leading hospitals in the United States, you got into this very new discipline: planetary health?” Sam, now director of the Planetary Health Alliance and principal research scientist at the Harvard T.H. Chan School of Public Health, explained that it all started in 10th grade.

He’d wanted to be an English teacher, but at Milton, English faculty Tom Doelger suggested that Sam read some Lewis Thomas. A physician and esteemed scientist who’d run the Sloan-Kettering Institute in New York, Thomas was also a brilliant writer. “Acerbic, witty, with a deep respect for science, nothing flaky, but keen observation and always curious,” Sam says. “He wrote that the more we study the complexity of life on earth, the more it starts to look like a single organism. So many complex feedbacks maintain homeostasis, stability in the system, that it functions almost like a single, gigantic organism that’s also immensely fragile. I started thinking about these connections between the natural world and human health and well-being.”

Lewis Thomas’ concepts continued to anchor Sam during medical school at Yale and as he began his medical internship at the University of California, San Francisco. Then, two Tibetan officials, Sam’s partners at a dinner party, were able to convince Sam to leave his residency for two years, and develop an integrated environmental conservation and health care program they had in mind. They had just created a huge new national park on the North Side of Mount Everest, Qomolangma Nature Preserve; in return for requiring the 75,000 park residents to forego some traditional activities—certain kinds of hunting and tree cutting—they would provide a primary health care preventative medicine program as a benefit for them, within the larger conservation effort. “They wanted those living on the land to understand the benefits of maintaining this park,” Sam says. 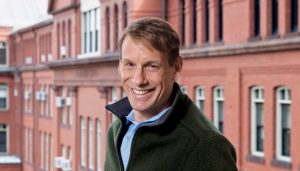 The Tibet program was Sam’s first, but not last, on-the-ground opportunity to work at the intersection of health and the environment. After finishing his medical training at UCSF, he spent six years in lower-income country settings, on projects that integrated natural resource management, population, and primary health care.

Working on concrete projects in local communities led to two realizations: First, the connections between management of natural systems and human health were even more direct and critical than he had suspected. Second, villagers in these tropical communities were already keenly aware of these connections. They were not degrading their natural systems out of ignorance but out of desperation: They had no other plausible means of feeding themselves and their children.

Perhaps he was working in the wrong dimension of practice, Sam thought. Stepping back and thinking at a global scale would be more valuable, as would research focused on quantifying the ways in which large-scale environmental degradation drives larger and larger burdens of disease around the world.

“People were giving lip service to the idea that human well-being is tied to environmental conditions,” he says. “What was missing was an evidence base. What we needed, actually, was a science underneath those sentiments.

“We needed a new field, deeply interdisciplinary and tightly focused on the health effects of environmental disruption and transformation. To build such a field, we needed to start with an evidence base and a proof of concept—that these questions could be framed and answered rigorously to improve our understanding of how, where, and why environmental changes are driving human health burdens.”

Therefore, back to Harvard he went, for an MPH. During a clinical research fellowship with Harvard Medical School and the School of Public Health, he developed a major review paper (2009) that scanned connections between environmental change and health across different fields—like infectious disease exposure and nutrition, and natural disasters and population displacement.

That scan helped him surface viable research questions—and the ensuing ten years of research prove Sam’s contention: Shaping crucial questions and investigating them in a coordinated effort across multiple disciplines is both possible and crucial. The data that the studies deliver allows policy makers to consider strategies and interventions that really work—to save lives and resources—and mitigate the pace of degradation.

The first such issue Sam dove into, he says, was looking at emissions of carbon dioxide into the atmosphere, and how they drive not just global climatic disruption, but also significant reductions in the nutritional value of food. “We found that the edible portion of crops grown at elevated CO2 had significant reductions in protein, iron and zinc,” Sam said in an interview with The Guardian. “These CO2-induced nutrient changes will drive hundreds of millions of people into zinc deficiency, while exacerbating the condition for billions already suffering from it.” Subsequent papers, published in August of 2017, showed similar impacts of rising CO2 on global risk of iron and protein deficiencies.

In another study published in The Lancet in 2015, Sam and his co-investigators developed a new approach to estimating the importance of animal pollinators for human nutrition. “We have conducted an analysis of how such declines would impact the global burden of disease by increasing the risk of vitamin A deficiency, folate deficiency and low intake of fruits, vegetables, and nuts and seeds,” he reported in The Guardian. “In total, we found that pollinator declines could lead to over one million deaths annually and a very large global burden of disease.”

Biodiversity loss is another issue under investigation: the loss of access to both terrestrial and marine wildlife for food. The concern is about the “quiet erosion of a nutritional cornerstone as access to wild-caught fish becomes scarcer,” Sam says. “We have put together a strong team of fisheries ecologists, economists and nutritional epidemiologists,” he says, “to begin quantifying the role that global fisheries play in nutrient intakes and nutritional status around the world. In this way, we can explore the extent to which sustainable fisheries management is not just a conservation imperative, but also a public health one.”

With scientists from Harvard and Columbia University, Sam leads a study evaluating the impact of haze caused by fires set to clear land for palm oil and pulpwood plantations on carbon-rich peat land in the Indonesian forest. Monsoon winds typically blow the haze over Singapore and Malaysia. According to BBC News on September 19, 2016, the study, which combined satellite data with models of health impacts from smoke exposure and readings from pollution monitoring stations, estimated that approximately 100,000 people died prematurely in 2015 due to fires across three countries (Indonesia, Malaysia, Singapore). “This modeling allows us to quantify the impacts of scenarios the Indonesian government actually has under consideration,” Sam explains. “We can say, ‘If you continue business as usual, this is how many people die. If you protect the peatlands from fire, this is how many lives you save.’ It directly connects natural resource management decisions to health outcomes for policy makers, and that’s really important.”

Developing an evidence-based, transdisciplinary field focused on the human health impacts of accelerating environmental change is “critical to our future,” Sam says. In 2014, this field was christened “planetary health.” The Rockefeller Foundation and The Lancet created their Commission on Planetary Health and asked Sam to serve as a commissioner. In 2015, the Commission released its report, “Safeguarding Human Health in the Anthropocene Epoch.” At the same time, the Rockefeller Foundation announced its support for an organization that Sam had conceptualized: The Planetary Health Alliance. Launched early in 2016, the Alliance created a center of gravity for the emerging field of planetary health; its first global meeting occurred in April 2017, at Harvard Medical School. “Our first meeting drew 350 people from 25 different countries,” Sam says. “Today, 1,600 people get our newsletter. In less than two years, we have well over 90 institutional members, and our next annual meeting is this May at the University of Edinburgh.”

“It’s gaining momentum.” Sam says. “People are coalescing; we have this engine of research.” Some universities, Cornell for instance, have instituted a degree program in planetary science; Sam is teaching an undergraduate course at Harvard, and is lead editor on a first textbook for planetary health.

Not a moment too soon. “We as a species are at an interesting moment where our capacity to exploit the world’s resources has amplified to the extent that we are disrupting our natural systems so much faster than we ever have before, and it’s astonishing,” Sam says.

More than anything, Sam has realized the center of gravity he sought. “My dream has always been to see the world recognize that how we manage and take care of our planet’s natural systems is intimately related to our own health and well-being. This is starting to happen under the framework of planetary health. There is still so much to do, but the seed is planted and the plant is starting to grow!

“We scientists need to connect science and society. We have to ask the right questions in the first place, engaging policy makers and practitioners to find out what research is most useful to them,” Sam notes. “Then, we have to find the language that resonates for average Americans.” Sam believes that scientists need to help people understand that more careful management of our planet’s natural systems is not only an environmental priority but an urgent public health priority. When people understand that their own health and their children’s futures are at stake, that’s when they demand action.

Despite the odds, Sam is optimistic. “I am hopeful that humans have enormous capacity for innovation, courage and imagination. It will take all three to rethink our place in the world and construct a new narrative in which we conserve our planet’s natural systems as part of taking care of each other and ourselves.”