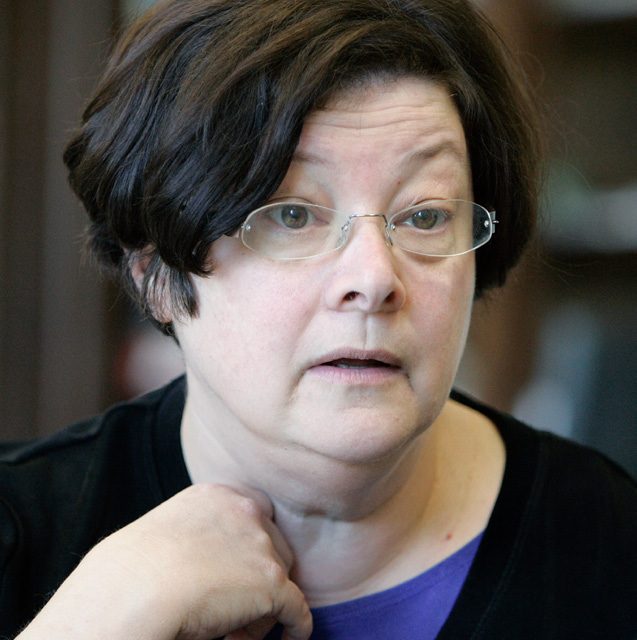 Debbie Simon is one of most acclaimed speech coaches in America.

These awards have come because of her extraordinary work here at Milton. As a coach of the Upper School and Middle School speech teams, Debbie has guided individual students to local, state, district and national championships, and her teams have done as well. We’ve lost count.

Debbie’s versatility as a teacher is legend, too. For 37 years, she taught “Growing Up Female” to hundreds of Class IV girls, the last vestige of the history of Milton as two schools. She taught English in the Upper School, from Class IV grammar to Class I electives; oral interpretation in the arts program; and a host of performing arts courses. Most powerfully, Debbie has directed over 50 plays at Milton, in the Lower, Middle and Upper Schools.

All of these facts about Debbie’s career are amazing, but they only suggest the special personal story. They point to what we all know — that Debbie is tireless. This committed teacher never stops, giving her talents to everyone, student and faculty members alike. The light in her room or office is on later than anyone else’s. Her weekends are spent at tournaments and coaching. When called upon to help, Debbie simply will not say no.

The facts also suggest Debbie’s unusual creativity. Give her a novel to teach, and she will turn it into a wild visual experience. Have students study plays, and they will be writing one-acts at semester’s end. Have her coach a speech performance, and she will invent new actions, voices and characterizations for the student on the way into the national finals. Give Debbie a Middle School play to direct, and she will create a script for 40 students. Where does this never-tiring invention come from?

What the facts do not tell us at all is the very large heart of Debbie Simon. Her dedication to teaching, her care for her students, her passion for the arts all emanate from the love that Debbie pours forth daily. Her time at Milton has been one very big, welcoming embrace, and we will not find another person like Debbie Simon soon.

Founder of the Speech Team