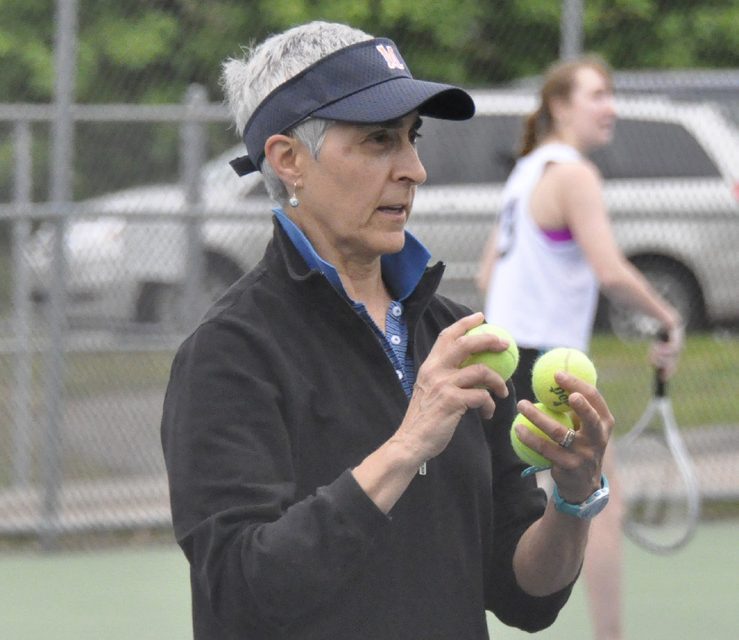 They say “time flies when you’re having fun,” and it seems like only yesterday I had the pleasure of meeting Charlene Grant, one of the physical education teachers at the Girls’ School. I was impressed with Char’s philosophy toward athletics and physical education. Our initial meeting was back in 1980, and it is hard to believe I stand here today celebrating Char’s 39 years of teaching and coaching at Milton Academy.

Char has been a valuable member of the Milton faculty since 1979. She has seen significant changes during her tenure. She has been a physical education teacher, a head coach, and an athletic director for the Middle and Upper School from 1984–1991. Char has been instrumental in the development of new programs such as the girls’ varsity ice hockey and coed swimming teams, as well as the expansion of the third and fourth teams for most girls’ sports, providing greater access for young women to participate in competitive athletics.

Char came to coach varsity soccer, varsity basketball, varsity softball and to teach physical education. Not only was she a varsity head coach for three seasons, Char simultaneously served as the head coach of the JV soccer and JV basketball teams for five years. Since 1979, no other coach has overseen three varsity programs. In her inaugural season, Char coached the varsity soccer team to their first winning season. What a way to start a career! Serving as a three-season varsity head coach for five years is amazing, and it demonstrated her commitment to Milton Academy students.

Among many facts and statistics about Char’s coaching career, there is one that stands out. Seven of Char’s seasons as the head coach of the girls’ JV soccer team were undefeated: 84 consecutive wins. Coaching one team to an undefeated season is rare, and coaching seven seasons without a loss is incredible.

Char has always been a staunch advocate for growing the girls’ athletic programs. She has remained true to her philosophy and firmly believes every student should learn how to play a lifetime sport as well as learn how to appreciate different types of physical activity.

Hearing comments from her students such as “That was so much fun,” “I never thought I could do that,” and “Can my friend and I come back and play during our free period?” is not unusual.

For those students who did not see themselves as athletes, Char provided a safe environment where they could still find success. Her calm demeanor and words of encouragement provided a comfort zone for all to try new and challenging activities. Observing her students taking risks and mastering new skills provided Char with joy and satisfaction.

Char is a professional who has a positive influence and has been a role model to students throughout her career. Milton has benefited from her unwavering commitment to and advocacy for the physical education program, especially for girls’ sports. I will miss our conversations and the chuckles that came with them. We wish the best of luck to Char and Carol as they begin their new adventures.