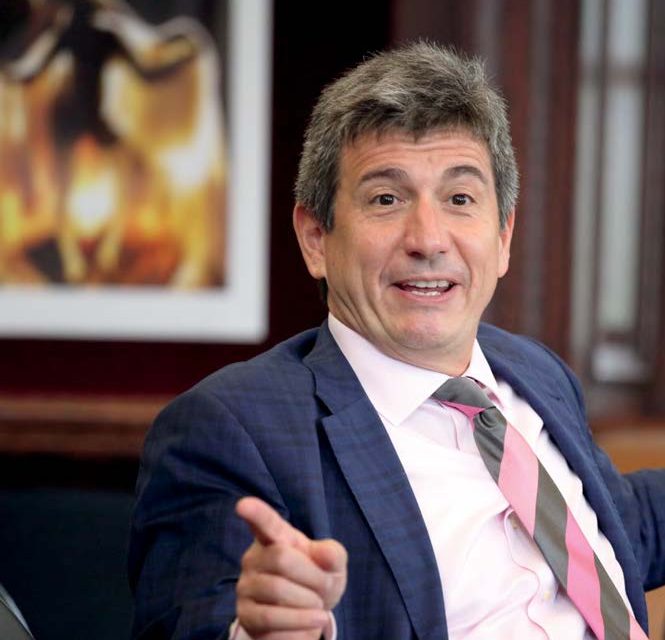 As China grows in economic power, an understanding of history provides context for the cultural, environmental and trade shifts ahead for the world, Michael A. Szonyi, this year’s Hong Kong Distinguished Lecturer, told students. Professor Szonyi is the Frank Wen-Hsiung Wu Memorial Professor of Chinese History and director of the Fairbank Center for Chinese Studies at Harvard University. He has written, translated or edited seven books, including The Art of Being Governed: Everyday Politics in Late Imperial China (2017), A Companion to Chinese History (2017), and Cold War Island: Quemoy on the Front Line (2008). He is also a co-editor, with Jennifer Rudolph, of The China Questions: Critical Insights on a Rising Power (2018). A frequent commentator on Chinese affairs, Professor Szonyi is a fellow of the Public Intellectuals Program of the National Committee on U.S.-China relations. He received his bachelor’s degree from the University of Toronto and his doctorate from Oxford University, where he was a Rhodes Scholar. He has also studied at National Taiwan University and Xiamen University. Professor Szonyi previously taught at McGill University and the University of Toronto.

“You are going to be, in your lives and your careers, facing a world where China is dominant in the region, and perhaps dominant around the world, so whether its signature foreign policy initiative succeeds or fails is going to profoundly shape the world that you all live in.”