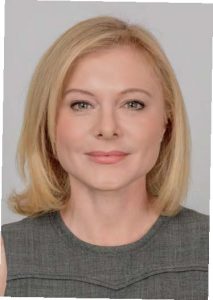 Reporting is in my blood, for better or for worse. (It has to be, because mostly you get paid nothing and work all the time.) As a toddler, I used to leap around the house with an actual stopwatch to track the time of 60 Minutes. My father was in Vietnam, and my mother used to send him films of me learning how to talk. The old Super-8 reel shows me interviewing a squirrel.

Years later—and thankfully, rabies-free—at Milton, what better outlet for these tendencies than that upstart independent, the Milton Paper. When I was editor in chief, we were still outlaws, barely allowed on campus, self-supporting, basically unsanctioned. JB Pritzker (now the governor of Illinois) reignited the Paper a handful of years before I got there, and his advisor Frank Millet’s sheen served as a thin veil of protection. The observations I can offer about the news media today still reflect what we editors and writers shouted about at the Milton Paper: That is, it’s not about who wrote what, the credit you get, the praise you deserve—the news is about the team’s working hard, uncovering what’s going on. On a global level, that is, quite simply, the truth. We thought we spoke truth to power, as sheltered mini-journalists tackling the issues of the day—like lunch food, curriculum, and same-sex assemblies. It didn’t get much bigger than that in 1987, really. But to us, it was all a Very Big Deal.

As my broadcast career rocketed along, the whole point was to keep myself out of the story. Never in a million years would we, the press corps, think of giving an opinion, or making a reporter the focus of the story. Sadly, that’s all I see these days—to the detriment of the truth.

And like me, you may think, “Isn’t that your job?”

Did Woodward and Bernstein do any Watergate investigation work with an eye toward putting themselves in the center of it all? Not necessarily.

We also hear frequently, “Sources tell me . . . ” from on-air personalities. This should happen infrequently and with great caution. The “source” is usually not particularly vetted, given the speed of the 24-hour news cycle. A “source,” just so you know, can be some legislative aide trying to get the reporter off the phone.

Reporters are apt to throw those terms around in an attempt to appear important—as if Watergate’s Deep Throat is in a shadowy garage somewhere, spilling his guts to them.

Take a look at any news channel. On MSNBC, for example, a popular promo that runs is anchor Brian Williams saying triumphantly: “I’ve just been handed some great reporting!”

I think: “Great, you have? Now get to it.” His passive voice is also disturbing. Shouldn’t he be lifting a phone somewhere, at least, instead of waiting around for someone to rip a page off the Associated Press wire?

Take ABC News’s Brian Ross. When on air during a live “special report,” Ross said that in former FBI Director Robert Mueller’s investigation, then-candidate Donald J. Trump had ordered Michael Flynn to contact the Russians. He cited a Flynn confidante. The report caused the American stock market to lose 350 points. Ross was wrong. The story was retracted. This rush for credit discredits us all.

To circle back to the Milton Paper: Everything learned in that tiny Petri dish is absolutely the same darn thing when you hit the big leagues. Work hard, keep focused, and it’s never about you. Or at least, it shouldn’t be.

An Emmy award-winning journalist, she reported and anchored business news for more than a decade. Molly has trained corporate executives in communications, from crises and live media appearances through investor relations and IPO pitches.

Molly has reported market moves and trends live from the NASDAQ and NYSE on Fox News and Sky News. She was an anchor, a general assignment reporter, and national financial correspondent at Fox News. Prior to Fox, she served as a primetime reporter for WCBS-TV Channel 2 in New York City. She has written for the Wall Street Journal, the New York Times, the People’s Daily (China), and Korea Times.