A Poet’s Journey: Jay Deshpande ’02 Embraces the Power of Language 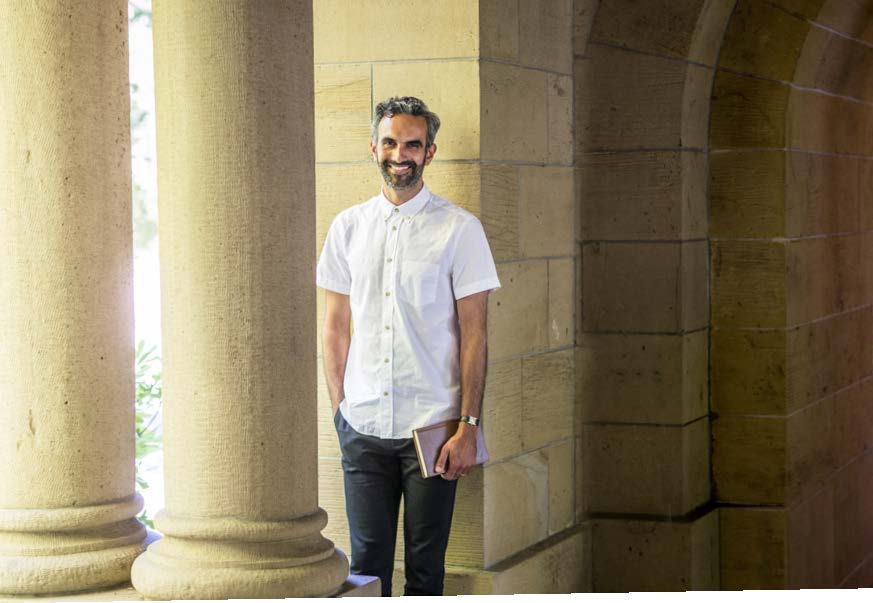 It’s easy to see the connections between Jay Deshpande’s first passionate pursuit as a jazz musician to his success as a contemporary poet. Neither genre is easily defined; they play with rhythm and demand a certain attention from the listener or the reader. But Jay sometimes finds the label “poet” a bit hard to wear.

“I’m more comfortable to say I’m a writer, because sometimes there is some grandiosity in the idea of being a poet,” says Jay, who is currently a Stegner Fellow in the creative writing program at Stanford University. “But the word poem comes from the Greek word techne, which means to make something, and I like the idea that it’s a process of working with language.”

At Milton, Jay was serious about jazz piano. He also learned to read poems with teachers such as J.C. Smith, Doug Fricke, and David Foster, who were “all just amazing influences.” When he was a Harvard undergraduate, a class on Milton alumnus T.S. Eliot fostered an interest in writing poetry. Jay was still playing music, but he also realized it was not going to be his professional future.

After graduating, he spent some time traveling and teaching English and music in places such as Cairo and Paris. In 2009, he entered the MFA program at Columbia University. “I had read a lot of poems at that point, but I couldn’t piece them together,” he says. “I needed that spine of grad school, where I found some of my own obsessions and tendencies as a writer. I still cherish the consistent attention and intensity of those writing workshops.”

Jay worked in magazine publishing for a few years, while also compiling a manuscript of poems. Love the Stranger was published in 2015, and he was named a top debut poet by Poets & Writers. His lyrical poems reference nature, culture, and relationships while exploring love, longing, and self. He can nudge readers into uncomfortable places or bring them into a mystical space or simply an everyday encounter. 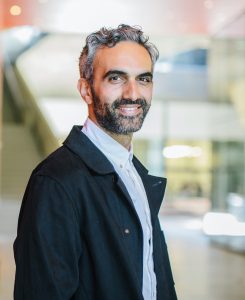 Publishing a book did make the title of poet sit better, he says. “The more my work is out in the world and I get to share it with people, the more I can finally recognize poetry, a longtime emotional and creative outlet for me, as the central part of my life.” With his editor’s encouragement, he followed up his book with a chapbook titled The Rest of the Body, which focused on love poems.

Jay was married this past spring and says, “Living with somebody and having a consistent partner in my life means the love poem changes in wonderful and strange ways.”

Publishing brought teaching opportunities, another passion. Jay grew up around campuses because his parents are educators. His father is a business professor at Harvard. His mother, Rebecca Schorin, taught English for many years at Milton. “I grew up in a house that was very language-oriented,” he says. “A lot of language play and a lot of punning.”

In addition to teaching while at Columbia, Jay has taught creative writing at Rutgers University and the Fashion Institute of Technology. He enjoys the challenges of teaching a discipline that is not always well understood.

“Even places like Milton can fall into the trap of teaching poems in a way where a poem is seen as a puzzle or a code or a riddle,” he says. “Art education is always tricky, even in the best spaces. There are too many ways it’s over-intellectualized. We’re taught that there’s a right way to read a poem and that just kills it.”

He advises readers of poetry to avoid looking for the “correct answer,” because there is real value in “not getting it.” He says, “I understand where they’re coming from, because in anything I do, I want to get it and I want to get it right. But there are useful places in frustration, in mystification, and just the right amount of disorientation.”

One of Jay’s first loves is T.S. Eliot, a master of the modernist movement, whose Wasteland comes with notes to help students “decode” the poem. “On the other side,” Jay says, “I really love Billy Collins, who is charming, accessible, and speaks to people who don’t think they like poems. There are reasons to love Billy Collins and there are reasons to love T.S. Eliot. The real danger is when one thinks that poetry has to be one and not the other.”

He believes it’s an exciting time in the world of poetry because more people have access to it. He cites Instagram as one example, but acknowledges that this immediate access “bleeds something out of poems too.”

“There’s a risk in poetry as an immediate experience that people will pick it up and then put it right back down,” Jay says. “Too much language and discourse in our culture is based on that immediacy, especially online. It doesn’t involve introspection over time. And the poem is meant to be, in some ways, a device of time. So it can be dangerous when the accessible poem doesn’t push its readers to stay, to strain their attention, and to pull on those muscles of intellect, making them pay attention to sound, emotions, and sensations. But at the same time, it’s no good when poetry is just in an ivory tower and doesn’t recognize the need to speak to more people.”

What keeps Jay writing, a solitary endeavor at times, is the process itself.

“What I’m really hooked on are the moments when something has brought me to the page,” he says. “Maybe I’m reading something and I find a felicitous phrase and I’m interested in it. Or I could be washing dishes and two random words pop into my head and I want to play with them together. When I’m just focused on the language, to an extent the self and the outside world go away. Those moments of attention to language, attention to making something, are just enlivening. They’re very vivid and vibrant. Something happens for me through creative work, and there’s something renewing in that experience of the present.”