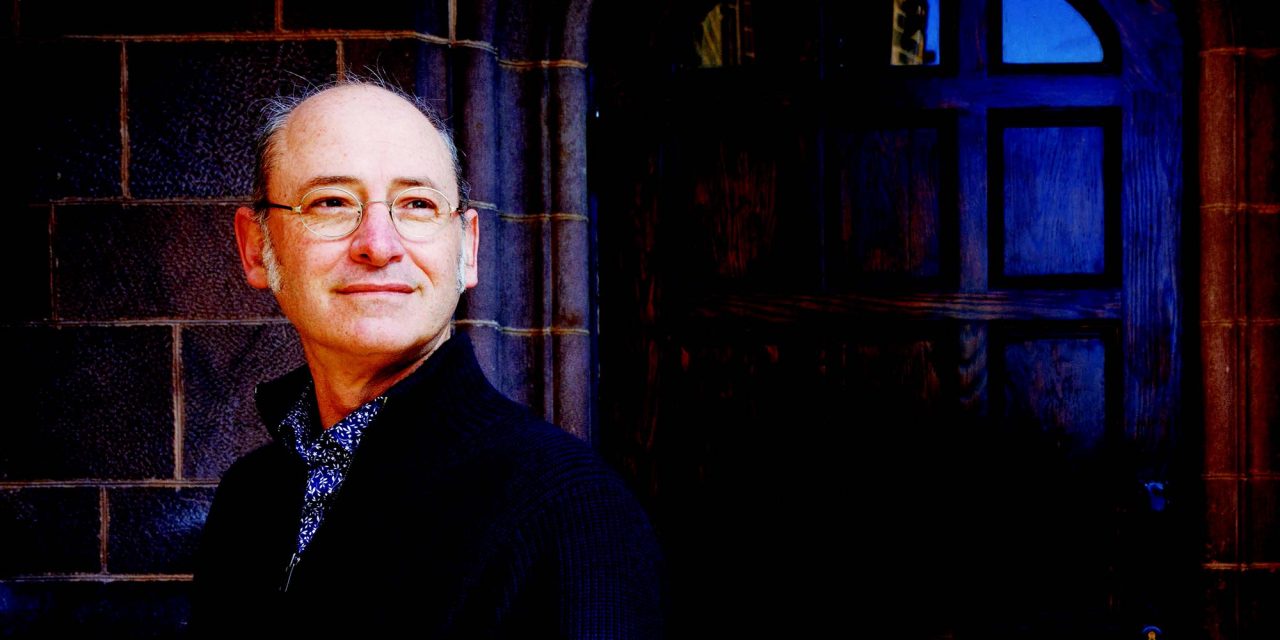 A PASSION SPARKED AT MILTON SENT PHYSICIST JACK HARRIS ’90 INTO A FIELD OF STUDY THAT GIVES HIS IMAGINATION FREE REIN.

The principles of physics, first laid down by Isaac Newton in the 1600s and completed in the 1800s, are good enough to explain much of what we see in the world around us, from the motion of balls on a billiards table to the trajectories of aircraft, rockets, and satellites. These “classical” laws were superseded in the early 20th century by quantum physics—an incredibly successful theory, which accurately describes not just the motion of tangible objects, but also the behavior of atoms, molecules, and photons. It describes how these microscopic entities combine to create the chemical, biological, and electrical processes that underlie organic life, the burning of stars, and much of the technology that defines our modern world. In addition to answering age-old questions, quantum physics has a flip side: It replaces certainty with probabilities, and brings with it lots of perplexing, counterintuitive notions. But conventional wisdom still holds that these bizarre quantum features only manifest themselves when things get very small—on the scale of atoms—and are thus not part of the familiar, macroscopic world. 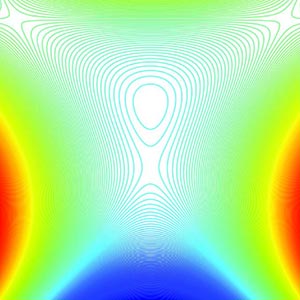 Quantum physics can govern the motion of everyday objects, but only if they are in pristine isolation from the rest of the universe. Magnetically levitating an object can provide the necessary degree of isolation. This image shows the magnetic field used by the Harris lab to levitate a millimeter-sized drop of superfluid helium.

JACK HARRIS ’90 does not subscribe to the view that relegates quantum phenomena to the invisible, sub-microscopic realm. “Physicists seem comfortable with all this weirdness happening to very small objects like atoms,” he says, “but there’s nothing in the laws of quantum mechanics that says this doesn’t happen with big objects, too.” That’s not just an opinion. Harris’s research, which he pursues as a professor of physics at Yale University, is clearly demonstrating that very fact. It’s exhilarating work that often takes him to the outer limits of physical understanding.

In some sense, this journey began for him in 1987, the year he entered Milton Academy as a 10th grader. At the time, Harris had some interest in science. Like many of his peers, he thought outer space was “pretty cool.” But he had no idea what an actual scientist did, nor did he have any conception of a possible career or of what adult life might have in store for him. If anything, he enjoyed English classes most of all. He loved literature, both reading and talking about it and examining the craft of writing and storytelling.

But that all changed rather quickly, and his life soon gained a clearer sense of direction, when he took a sophomore physics class at Milton taught by Rodney LaBrecque, “which totally blew my mind,” Harris recalls. “I was surprised that you could ask questions about the world that could be answered analytically, quantitatively, and exactly. I knew, for instance, that if you threw a ball, it would follow an arc. But I didn’t realize there were equations that could spell out its movements in precise detail.” The other great thing that happened in LaBrecque’s class was that students discovered they could slow down the lectures by raising their hands and asking “why” questions, such as: “Why does the gravitational force diminish as the square of the distance?” Fortunately, the teacher was happy to field such queries and to provide well-considered responses. What’s more, Harris came to realize that “if you ask a ‘why’ question in physics and get an answer, and ask again, and again, you will soon bump up against the frontiers of human knowledge.” And he found that a very exciting place to be.

Sophomore physics had a curriculum that LaBrecque was obliged to follow, so he encouraged interested students to read—on their own time—popular science books, written by authors such as the physicist Paul Davies, which routinely got into the kind of mind-boggling issues that Harris found most intriguing. Hearing and reading about these ideas, he says, “fired up my imagination. I couldn’t believe that the kinds of questions that we [students] were asking, and that these authors were writing about, were actually the stuff of scientific inquiry—that that’s what science could be about.”

From that point on, Harris was “pretty much sold on physics.” Although he didn’t take another physics class at Milton, he continued to read books of the sort that his former teacher had suggested. He went on to major in physics at Cornell, though he was dismayed to find that only a few people in the department shared his interest in the deep foundational questions that surround the field of quantum mechanics. After finishing college in 1994, he began graduate studies at the University of California, Santa Barbara, where his research took a more practical, hands-on turn. A key part of this work involved building sensitive instruments that could measure the changes in reflection that occurred when laser light was directed at a shiny, movable object.

Harris continued experiments along similar lines upon joining the Yale faculty in 2004. He was particularly interested in seeing how a small mirror—consisting of a thin, one-square-millimeter wafer of glass—would move when struck by individual photons. His subfield of interest, called quantum optomechanics, is all about monitoring these quantum-induced motions. The discipline revolves around measurements like this aimed at determining how relatively “large” objects—such as the mirror in the just-cited case (a quadrillion times as heavy as a typical atom)—move around quantum mechanically when light bounces off them.

He conducts a similar class of experiments on levitated, millimeter- scale drops of helium, which are cooled to near absolute zero to achieve a friction-free, “superfluid” state. The drops can trap photons, which rattle around inside, causing the drops themselves to move. And those motions are carefully recorded by Harris and his collaborators.

Their observations demonstrate the fact that, unbeknownst to most of us, curious quantum behaviors do indeed arise in objects that are visible to the naked eye. For example, an object can be in two places at the same time—though it will be detected in only one place—and it can, with some probability, pass through seemingly impenetrable barriers. Moreover, objects behave differently—and their positions can become fixed in space—when they’ve been “measured,” a term that takes on a whole new meaning in the quantum domain. 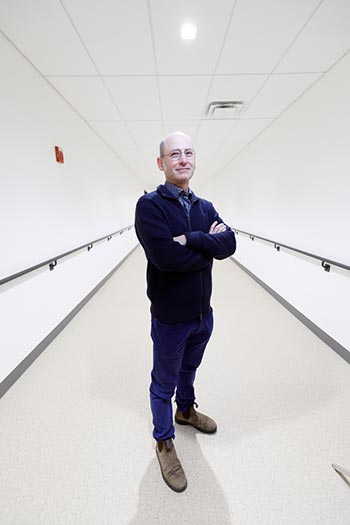 The phenomena documented by Harris and his group are subtle, hidden within a noisy and messy background, and it takes considerable ingenuity to elicit, measure, and then interpret the resultant quantum motions. The main questions at the heart of his work are these, he says: “How big can an object get and still exhibit quantum behavior? Is there a limit to its size? And what happens when those objects get so big that their gravitational influence can’t be ignored?”

A partial answer to the latter question is that if the objects become big enough to have non-negligible gravitational fields, Harris’s experiments may be able to shine light on the long-standing question of “quantum gravity.” This would be a major advance, since an accepted, workable theory of quantum gravity does not yet exist (though string theory and loop quantum gravity are some well-known candidates).

It’s clear that Harris is not likely to obtain a definitive answer anytime soon to the questions that drive his research. But to him, that’s nothing to be discouraged about. On the contrary, he considers himself extraordinarily lucky to be in a field of study in which his imagination is given free rein. Ironically, one of the things he’s learning through his research is that the world we occupy— when looked at closely and rigorously— is far stranger than most people (even himself, at times) ever imagined.

STEVE NADIS IS A FREELANCE SCIENCE WRITER BASED IN CAMBRIDGE, MASSACHUSETTS. HE’S A CONTRIBUTING EDITOR AT DISCOVER AND A CONTRIBUTING WRITER AT QUANTA. HIS ARTICLES HAVE APPEARED IN DOZENS OF OTHER MAGAZINES.