Anatomy of an Exam Project
Creating a Digital Self Portrait 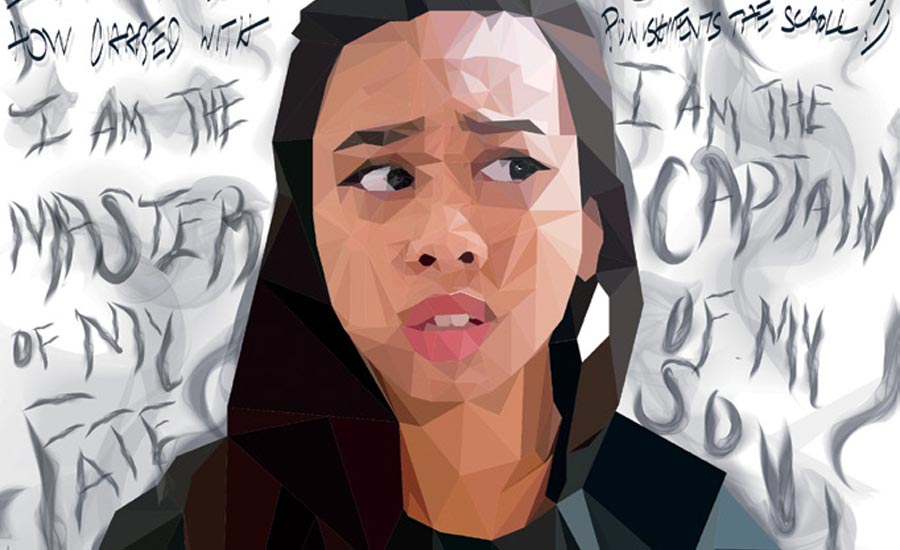 Exploring identity, which is the real work of adolescence, has always been a major aspect of Milton’s arts programs. Articulating and validating identity was a particularly fraught process for the teenagers at Milton during this past year’s election and post-election environment. Its importance as a shared endeavor across campus only grew as the months evolved. 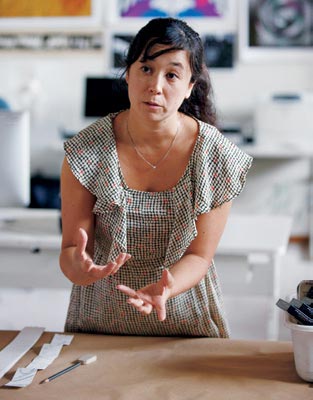 Nicole Darling, Milton Class of 1997, teaches Technology | Media+Design in the visual arts department. The exam project that Nicole developed for her class asked students to render a visual sense of self, relying on some newly acquired technological skills (January 2017). “There were four pieces in terms of their methodology review,” Nicole says, “but the task was to create a self-portrait that conveys emotion, that explores one aspect of their identity and how they see themselves in the world. In doing so, they’d necessarily return to ideas iterated in other formats, and build on the skills they’d gained to create something new.”

The project started with a straight photo: Take a portrait that shows command of particular aspects of the DSLR (digital camera). Frame the photo and select the strongest image using a software program called Bridge. Edit the photo image roughly in Photoshop, and import it into Illustrator. Use the tools in Illustrator to create the full piece.

Color was one of the strongest features in their portraits, Nicole explains, because they were composed of geometric shapes filled with single colors. “We dealt a lot with color, and earlier on in that semester, we had a color blog. The students were able to return to color and consider its impact and function in this project.”

Using a tool called Eyedropper in Photoshop, students created color palettes based on their photos. They could create a background any way they wanted, and several students chose color as a way of accenting and reinforcing their expressions (captured in the DSLR). Making decisions about the background reflected a whole other level of creativity. How would the image interact with the background? Ultimately, what Nicole wanted to see students achieve was an excellent integration of figure, graphic or text and background—“how all those things came together and worked.”

Zoe Camaya’s work (Class II) is a particularly successful execution of the challenges Nicole incorporated into the self-portrait. Zoe was patient and demanding during the first phase—working with the DSLR to capture the image and emotion she wanted. She surrounded her image with William Ernest Henley’s bold lines from his poem “Invictus”—“I am the master of my fate. I am the captain of my soul,” lines with particular contemporary relevance. Zoe searched online for the brushes that would render the effect she wanted with her calligraphy. In Illustrator, she fulfilled her vision: like hovering, smoky ephemera—those words set up a stark tension with the fear and uncertainty evident in her face.