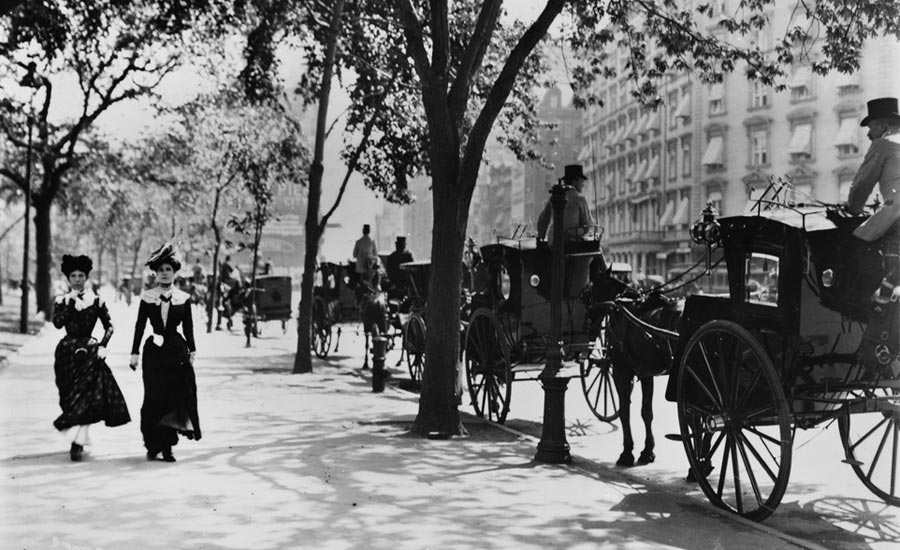 The Gilded Age is a two-hour program for PBS’ award- winning series American Experience that explores the dynamic and fluid final decades of the 19th century. The narrative depends largely on the hopes and dreams, and the triumphs and failures, of men and women who took big personal risks to change the direction of the United States. They shared a belief in the promise of the American future, faith in the technological wonders of the age, and confidence that their country could reach for its economic potential while holding onto its most cherished democratic ideals. They were all bullish on America.

The industrialist steel maker and champion of laissez faire capitalism Andrew Carnegie; trend-setting socialite Alva Vanderbilt; white-shoe banker J.P. Morgan; political activist Henry George; and Populist leader Mary Elizabeth Lease all wanted particular outcomes, both for themselves and for their country. Coming up short of their goals, they refused to resign themselves to failure. It is their personal and heartfelt efforts that animate this compelling, complex and urgently relevant story of one of the most convulsive and transformative eras in American history. National broadcast of The Gilded Age is slated for winter 2018.