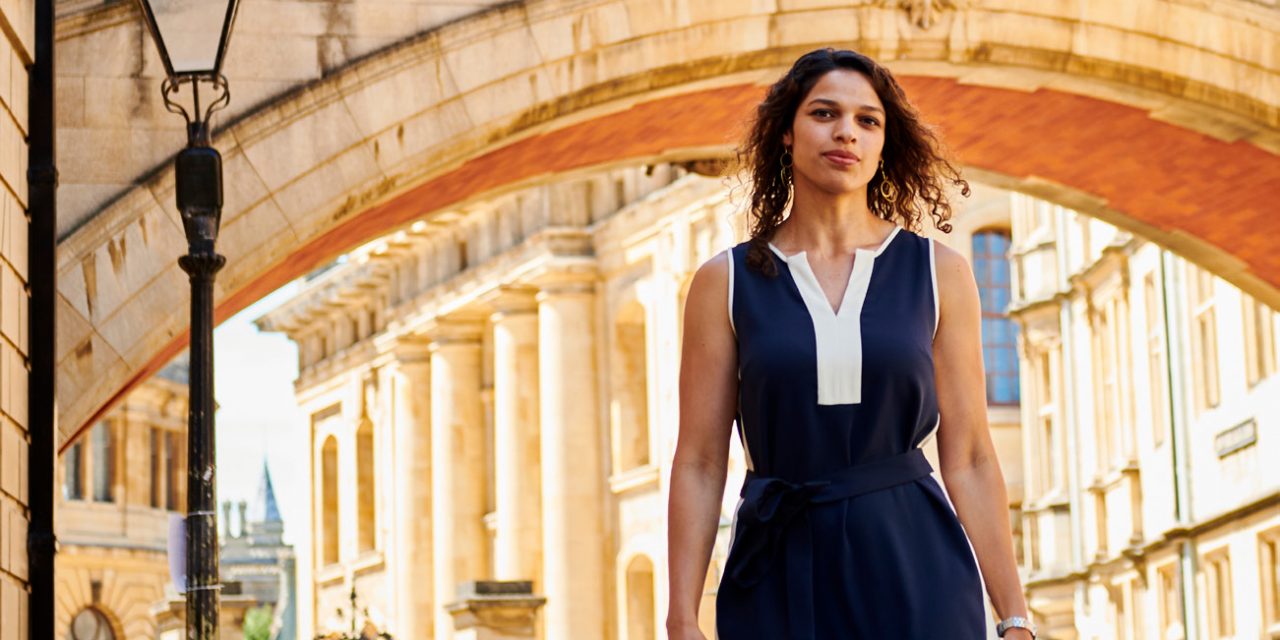 A young soccer player’s dream: stepping out on the green pitch as her name echoes around the stadium to the roar of the crowd. Student-athletes in all sports pursue this feeling, hopeful to play at the collegiate level and maybe, someday, to go pro. For the majority, the dream remains just that — particularly for female athletes, whose professional opportunities are limited. And even elite competition is a mix of highs and lows.

“Women’s soccer, at the professional level, is in transition. It’s really difficult to think long-term as a player,” says Beverly Leon ’10, who most recently played as a striker for the Sunderland AFC Ladies team in the English Premier League. “Especially if you are not one of the top 200 players in the world, where you know you can move to a team and earn a decent salary. Most professional women players, and definitely most semi-professional women players, live in this kind of career limbo. Even when you want to be fully committed, it can be challenging because the salaries are quite low.”

Beverly was one of Milton’s all-time great student-athletes. She was an ISL MVP in soccer, an ISL All-Star and Team MVP in basketball, an ISL All-Star in track, a Boston Globe Player of the Year, and the recipient of Milton’s Priscilla Bailey Award. She followed her dream to Columbia University, where she majored in history and played Division I soccer. “I loved being a student-athlete at Columbia. My team was incredible, and the coach who recruited me is still one of my mentors.”

After Beverly graduated, she went to work in global capital markets at Morgan Stanley. She assumed her soccer days were over, which was difficult. “Coming out of undergrad is challenging for most athletes. I didn’t know if I would ever play again. Mentally, I hung up my cleats and told myself, ‘I will have a great career, and this is where it begins.’ I was working with great people at a great company and it seemed like the right transition.”

Some of her former teammates were playing professional soccer, however, and the idea was appealing. Her former college coach ultimately gave her the nudge she needed. “He convinced me it was still possible to play at the professional level. Then he helped me contact people about playing abroad, which gets increasingly harder the longer you sit at a desk.” 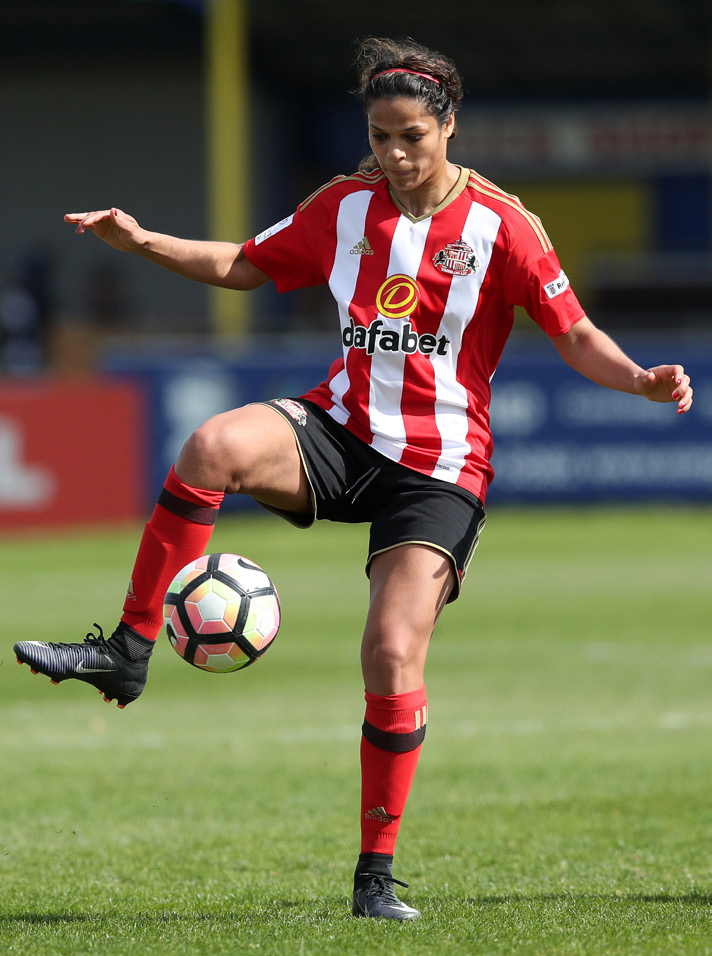 After a year with Morgan Stanley, she signed a contract to play for a women’s team in Iceland; she moved to Reykjavik in May of 2015, and played the summer season. “It was the first time I only had to focus on training and being game-prepared. At an Ivy League school, academics is a huge piece of the student-athlete’s life. At the professional level, the sole focus is on performance and growth in training sessions and matches.”

When that season ended, Beverly signed with a team in Verona, Italy. She was only one of two international players and her coach did not speak English, so she had to learn Italian quickly. Compared to other European leagues, women’s soccer in Italy is in the early stages of development. Many players worked day jobs, so the training commitment was only at night. Beverly used her free time to work for a tech start-up that needed someone who understood equity capital and could work with international investors. Her Morgan Stanley experience came in handy.

“One of the funniest parts about entering the world of women’s sports at a professional level is that the résumé I had worked so hard to curate at Columbia didn’t serve any purpose in meetings with a coach and manager scouting players to fill 11 spots. They’re like, ‘Great, you did equity capital markets and can run a financial model, but can you score a goal?’”

She could. After Verona, Beverly signed to play for Sunderland. The move was an easier transition because of her British roots (both of her parents are from England and she has many relatives in the country). And, of course, there was no language barrier, only an adjustment to the Geordie accent/dialect of northeastern England. In Europe, many of the women’s programs, such as Sunderland, are supported by the established men’s teams, similar to the NBA/WNBA model. Here, her whole focus was the team.

“It was probably the most developed program of my teams thus far. Every day, I was just taking care of myself and training. I had to perform at a high level, so I was even more conscious of how I treated my body. My livelihood depended on my performing and bringing a professional mindset to what I was doing.”

But in the middle of the season, the league downgraded the women’s team to semi-professional when they lost their funding from the men’s club. “Some of the women’s teams have folded unexpectedly, so that uncertainty makes you uneasy. If you’re in a career you’re quite passionate about, which might end in six months or a year, how does that align with what’s financially viable? How does it align with where you put your energy and build a home? That puts female footballers, myself included, in precarious situations. You have one foot in the door trying to train full time, hoping that it pays off. Then you keep looking around so that if something does happen, you have a backup.”

Beverly knew that her backup would be to continue her education, but that meant moving away from something she had worked hard to achieve.

“It connects back to the fears of following a passion that is a little unconventional. The risks compound the older you get and you hear the message that you should be midway into your career and building on that. That informed me to look at programs to see how I could use the experience I’ve had as an elite athlete and tie it back to other things I’m passionate about.”

After Sunderland, Beverly began a graduate social policy program at the University of Oxford. Her focus was labor market structure and family and gender policy, and how they’re adapting in a globalizing world. Drawing on her own experience, her thesis examined school-to-work transitions for young adults in Boston and New York City (looking specifically at disconnected youth). She also worked for a nonprofit called Coaches Across Continents, which develops sports-education programs that have social impact in communities worldwide.

This fall, she is back at Columbia pursuing her MBA with a focus on social entrepreneurship and social innovation. As someone who has had to move to new communities and situations numerous times in a short period, Beverly is interested in how people make connections and foster a sense of belonging.

“I don’t know exactly where I want to be or where I’ll end up. I’m currently working on a social entrepreneurial venture trying to motivate and incentivize civic engagement at a local level — trying to build a platform or app that reduces the barriers and allows people to participate easily and enjoyably. That’s where most of my energy goes now. Part of the reason I’m going to Columbia is to figure out how it could materialize.”

She will always continue to work developing women’s sports. Whether as a coach or a volunteer, she wants to help find ways for clubs to better support their growing women’s programs. She is also helping former teammates and recent college graduates find their way to professional teams.

“It’s really rewarding to help these athletes see what their options are. It’s nice to see other players visualize their dreams and see them come true.”