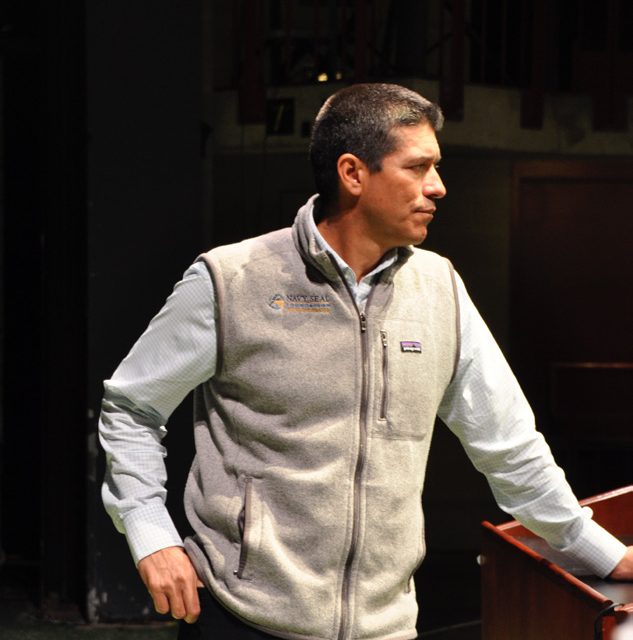 Navy veteran and former Senate candidate Gabriel Gomez was this year’s Conservative Club speaker. Mr. Gomez, the son of Colombian immigrants, attended the United States Naval Academy and later became an aircraft carrier pilot. Within a few years, Mr. Gomez joined the Navy SEALs after passing its intensive selection and training process, and he spent his SEAL career primarily deploying to South America, Central America and the Caribbean. Mr. Gomez, who rose to the rank of Lieutenant Commander, is one of very few Naval servicemen who have served as both aircraft carrier pilots and Navy SEALs. Following graduation from Harvard Business School, Mr. Gomez worked in private equity before running as a Republican in the 2013 Massachusetts special senate election to replace newly appointed Secretary of State John Kerry. Mr. Gomez won the Republican primary but lost to Democrat Edward Markey in the general election. He co-founded O2X, which provides training and education to first responders, with several Navy SEAL veterans.

“If you become politically active, I implore you to be open-minded and do it for the right reasons, and don’t get stuck in the dogma. Think about what this country needs: people who can compromise and work together. I’m a firm believer that this country is much better than its politics.”