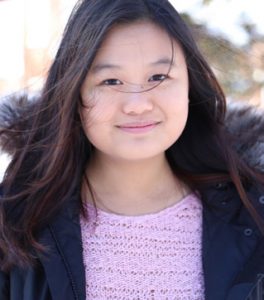 Numerous Milton students were recognized for their short stories and poetry this year. Senior Jessica Wang’s short story, “Child from the Stars,” will be published in Hyphen magazine. Founded in 2002, Hyphen is a nonprofit news and culture magazine that tells the stories of Asian Americans. Jessica began writing the story at the end of her junior year in her creative writing class, and continued working on it over the summer at the Iowa Young Writers’ Studio.

“When I’m looking for story ideas, sometimes I Google random things. I looked up the word for autism in Chinese and it translates as ‘child from the stars.’ So I wrote a story about two Chinese girl students in an all-white school; one is autistic. The other student is assigned to
be her translator. At first, she doesn’t want to become friends with her because she doesn’t understand autism, and sees her as a burden.
But as their relationship develops, they become better friends.”

This is not the first piece of Jessica’s writing to be recognized. In her sophomore year, she was a semifinalist for the Smith College Poetry Prize for “In the Kitchen with My Mother.” Her poem “Like July” was published in the 2016 edition of Apprentice Writer. Last year, she won Silver Key and Gold Key awards for poetry in the Massachusetts Scholastic Art & Writing Awards, and this year she won three Gold Keys for her short story, poetry and writing portfolio. 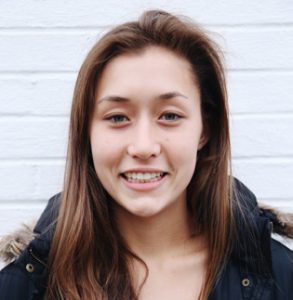 Evita, who submitted a flash fiction story about a strained mother-daughter relationship from childhood to adulthood, said she enjoyed using the Marble’s offer of tutoring sessions with a college student via FaceTime. Evita also was named a finalist, along with Max Li and Malia Chung ’20, in the Helen Creeley Student Poetry Competition. Malia won the competition and was asked to read her poetry at the Massachusetts Poetry Festival.

Malia also won the Smith College Poetry Prize, a national contest sponsored by the Poetry Center at Smith College. At Smith, Malia was asked to open, reading her own poetry, for the renowned poet Marie Howe, who judged the contest.