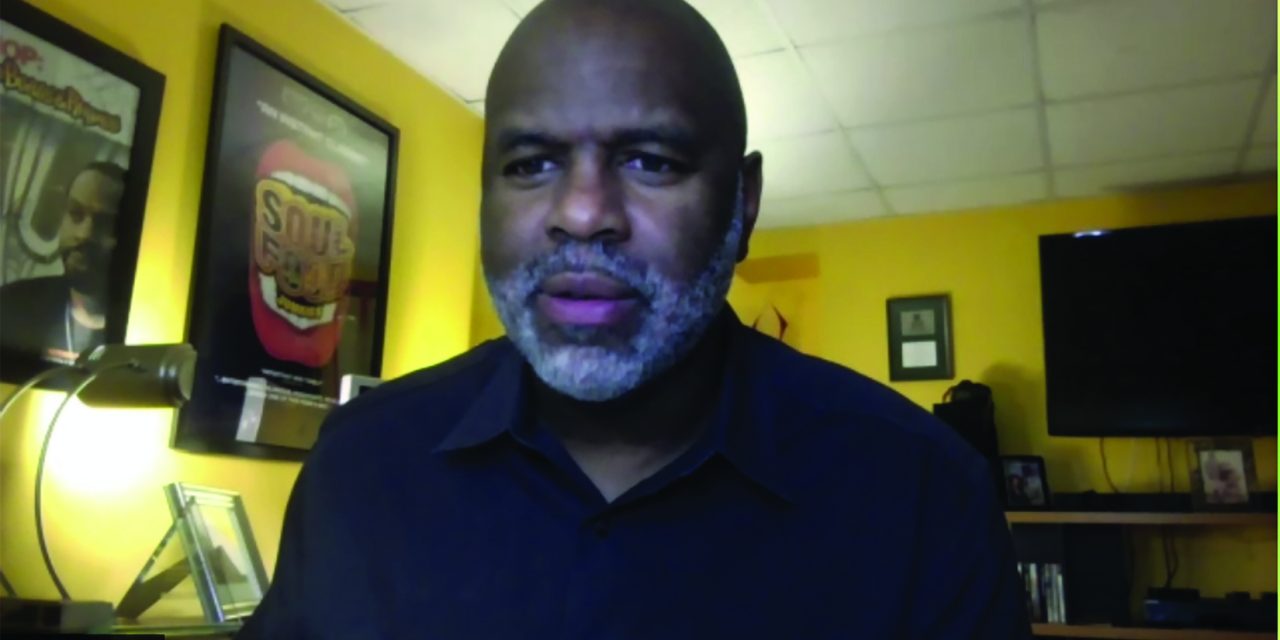 Many boys in society are conditioned from a young age to be tough, to hide their emotions, and to avoid any appearance of behaving “like a girl,” documentary filmmaker and anti-sexist activist Byron Hurt told student-athletes last fall as part of a series of speakers in the fall to promote mental fitness.

This mindset favors aggression, prevents boys from connecting with their emotions, and undervalues girls and women, sometimes leading to toxic masculinity and violence, said Hurt, who visited Milton athletes virtually.

“I grew up in a culture where you had to perform a certain kind of manhood and masculinity in order to be accepted by other guys and be seen as a ‘real man,’” he said. Boys hear words like “soft,” “gay,” and “girly” if they don’t meet the expectations of masculinity—and when those words are used as pejoratives it triggers the idea that women and gay men are weak.

Hurt urged students to intervene when they witness someone using sexist and homophobic language. “It takes strength and courage to stand up and say, ‘That’s not what we do,’” he said.

“This exaggerated sense of manhood is in the air that we breathe.If the culture doesn’t give us permission to cry, to be soft, and to express the full range of our emotions beyond anger, there can be some negative consequences.”

Hurt majored in journalism at Northeastern University, where he played quarterback and envisioned a career in radio and television broadcasting. He received an Emmy nomination for his television show, Reel Works with Byron Hurt. His new documentary, Hazing: How Badly Do You Want In, explores the dangerous culture of hazing.