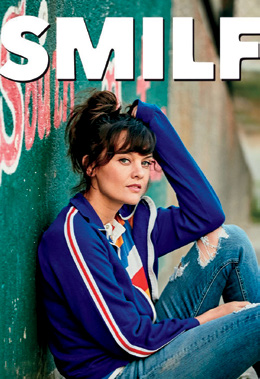 Frankie Shaw was nominated for a Golden Globe for Best Performance by an Actress in a Television Series Musical or Comedy, and her show SMILF was nominated for Best Television Series Musical or Comedy. She created the Showtime comedy series, which is based on the 2015 short film of the same name which she wrote, directed and starred in and which won the Short Film Jury Prize for Fiction at the 2015 Sundance Film Festival. Her struggles to work as an actor and be a single mother are the loose inspiration for SMILF. She serves as the series’ showrunner and, true to her feminist roots, each episode is directed by a woman.

In the show, her character, Bridgette Bird, is a smart, scrappy, young single mom trying to navigate life in South Boston with an extremely unconventional family. She struggles to make ends meet, which leads her to impulsive and at times immature decisions. Above all, Bridgette wants to make a better life for her son. SMILF takes on motherhood, co-parenting, and female sexuality through a raw and unfiltered lens.