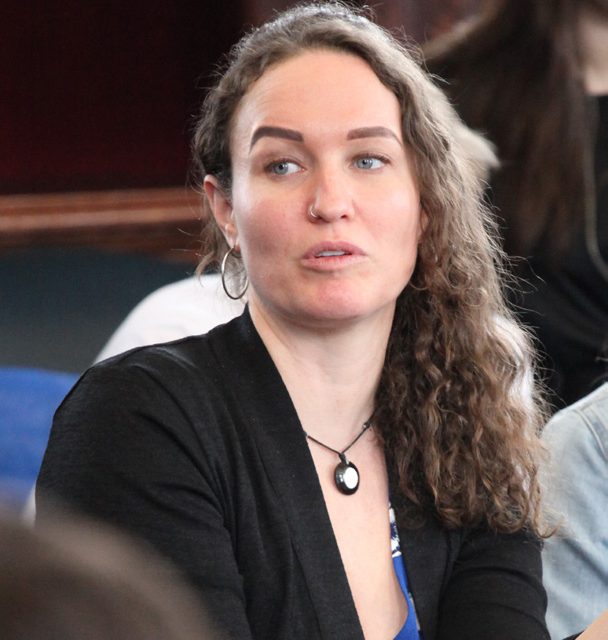 Born into “the most hated family in America,” Megan Phelps-Roper grew up believing that she was working to save people from eternal damnation with her church’s extremist messages. By the age of 5, she was on the picket lines with the Westboro Baptist Church, protesting everything from plays to military funerals with profane signs and slogans. Ms. Phelps-Roper, who left the Westboro Baptist Church — and most of her family — visited Milton as this year’s Class of 1952 Religious Understanding Speaker. Ms. Phelps-Roper’s 2017 TED Talk was one of the year’s 10 most popular. Her memoir, This Above All, will be adapted into a film written by Nick Hornby and produced by Reese Witherspoon. She has appeared on the television shows “I Love You, America” and “The Story of Us.” As a keynote speaker and educator, she engages with schools, faith groups, law enforcement, and anti-extremism organizations on strengthening human bonds through better public discourse. She has been featured in The New Yorker, The Guardian, VICE, The Globe and Mail, NPR, and other international organizations.

“I began to develop an undeniable understanding that we’re human and fallible. We are not divine. That was the beginning of the end for me. Through ongoing conversations on Twitter, I was learning a new story about people I had thought were my adversaries. In spite of their abhorrence of my beliefs, they befriended me.”