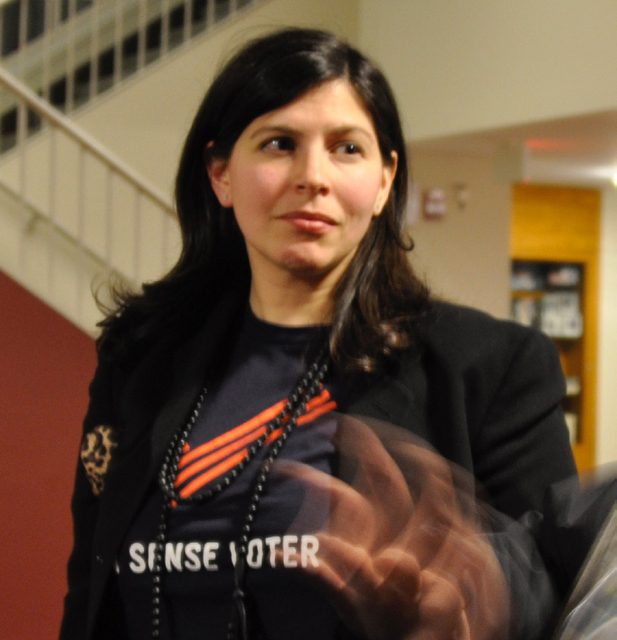 Gun control has been the “third rail” of American politics for decades, stirring such passionate argument and deep division that compromise on gun-safety measures sometimes seems impossible, gun-control activist Brina Milikowsky ’96 told students. But once you move past messaging from politicians and powerful lobbyists, there is greater hope for agreement among Americans on both sides of the issue, says Brina, who recently worked as chief strategy officer for Everytown for Gun Safety, and is now a political consultant. Brina attended Harvard University and the New York University School of Law. Her career in law, policy and politics has led her to work in commercial litigation and advocacy on reproductive freedom, voting rights and immigration. She was a policy advisor and counsel to New York City Mayor Michael Bloomberg and joined the Mayors Against Illegal Guns team, which evolved into the nonprofit Everytown for Gun Safety following the Sandy Hook Elementary School shooting in 2012.

“We are proving every day to elected officials that we demand leadership on this. The student leaders all around the country who are pouring into the streets and maintaining the pressure on politicians are permanently changing our political conversation in a way that’s laying the groundwork for policy change.”