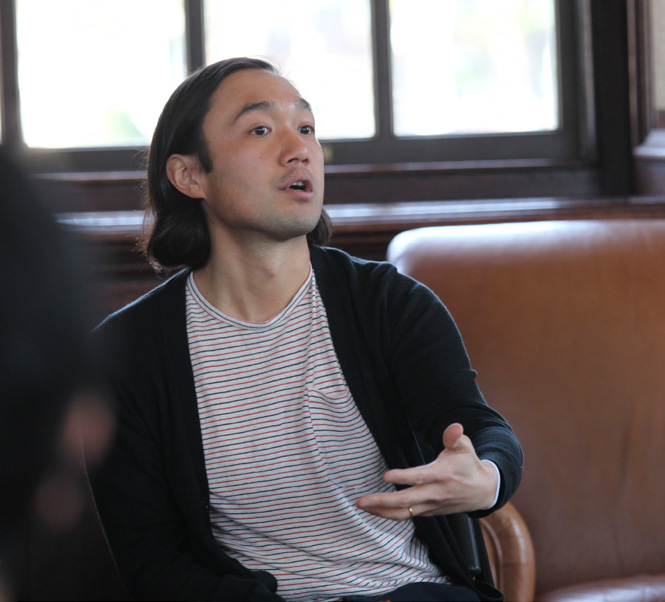 “Books were my first teachers, my best teachers,” writer Paul Yoon told Milton students while on campus as this spring’s Bingham Visiting Writer. Mr. Yoon’s first book, Once the Shore, was selected as a New York Times Notable Book, a Best Debut of the Year by National Public Radio, and won a 5 under 35 Award from the National Book Foundation. His novel, Snow Hunters, won the 2014 Young Lions Fiction Award. He is a former fellow at the New York Public Library’s Cullman Center for Scholars and Writers, and his stories have appeared in Harper’s Magazine, VQR, the PEN/O. Henry Prize Stories, and The Best American Short Stories. The Mountain was released in the summer of 2017. He lives in Cambridge, Massachusetts, with his wife, the writer Laura van den Berg, and he is currently a Briggs-Copeland Lecturer at Harvard University.

“As a student in the ’90s, a lot of the curriculum was based on the work of dead authors. Although I loved it, because they were writing in a time that wasn’t mine, I felt really distanced from it. It was when my teachers gave me contemporary books, books from authors of color, that I came to think about writing as an active art form.”