New Wave of International Journalists: Masters of Many Trades 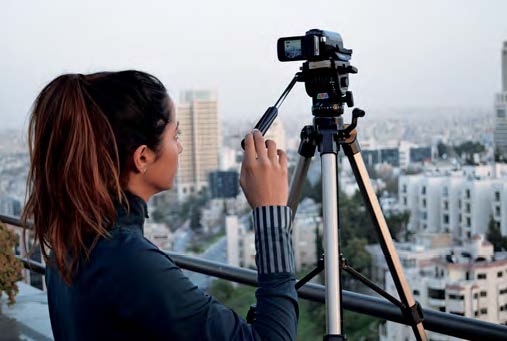 Yemen, Egypt, Kenya, Somalia, Syria: Distant places with complex problems that generate frequent headlines. Dedicated journalists on the ground in these countries know that their reporting is important. And although some news organizations have cut back or closed their foreign bureaus, today’s international journalists feed audiences information through alternative sources, such as streaming video services, websites and podcasts. News professionals are often necessarily both multimedia experts and entrepreneurs.

“The industry has changed dramatically,” says Neha Wadekar ’07, a freelance journalist based in Kenya. “There are many unique online publications, although they don’t all thrive financially. Still, there are outlets for the reporting, which is inspiring. Media folks are creative—they get ahead of the trend, invest resources in innovation, and figure out ways to get new audiences. Institutions who were resistant to change and thought they would be fine took a hit, and now the industry is realizing that a shift is needed.” 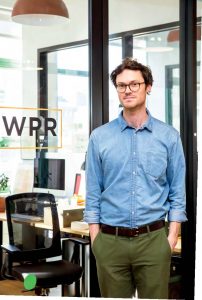 One of those unique online publications is World Politics Review (WPR), where Freddy Deknatel ’03 is managing editor. Founded in 2006 by a former reporter and based in Brooklyn, WPR provides analysis on global trends for readers with a deep interest in international affairs. Recent coverage spanned the globe with pieces about tariff effects on a revised NAFTA, the Taliban’s resurgence in Afghanistan, political reform in Ethiopia and the growing influence of Salafism in the Maghreb.

“Through this job, I have learned that many people are just genuinely interested in what’s going on in the world,” says Freddy. “When some news organizations cut back on foreign news, that makes space for others. People want to read about international news that isn’t dumbed down or packaged a certain way. Still, you want to explain why it matters and why things happening far away will affect you one way or another.”

Both Neha and Freddy were drawn to journalism at Milton. Each of them was inspired by journalists visiting campus. The idea of journalism as a career appealed to Neha, but she tucked it away as she went off to study English and public health at Tufts University. In Freddy’s case, a conversation with journalist Touré Neblett ’89 led to an internship at Rolling Stone magazine during a gap year before attending Vassar College. Freddy was just 18 years old, with no experience beyond the Milton Paper; Rolling Stone was the first stepping-stone for his career.

Then, at Vassar, Freddy embarked on a semester study abroad at the American University in Cairo. “Literally a week or two after I got to Egypt, I emailed my advisor and told him I was going to stay for a year. I just knew that I would enjoy it, especially learning Arabic in the country, as opposed to in the classroom.” For eight months, he interned at an English-language newspaper, the Daily News Egypt, and got “amazing experience,” being sent out on assignments immediately.

He set his sights on returning to the Middle East after graduation, and in 2008 he earned a Fulbright to go to Syria. He planned to work for an English-language publication in Damascus, but relations between the United States and Syria were strained, and to avoid visa problems, he was advised against journalism. However, he still pitched and wrote travel stories for U.S. publications, focusing his Fulbright research on urban development and architectural preservation in Damascus, while traveling all around the country. That focus helped him develop a new perspective on political and social issues, which found its way into his writing, and it continues today. He has written stories for the Christian Science Monitor and the Nation, for example, about Iraqi artists living as refugees in Syria, modernist architectural ruins in Lebanon, and urban planning under the Mubarak regime in Egypt. In 2015, he wrote about the tragic execution by ISIS of the 83-year-old archaeologist who oversaw the ancient Syrian city of Palmyra.

“That cultural lens is how I’m interested in writing about places like Syria. Some cultural stories provide a way to look at and explain other political and social issues, especially where there is all this history and heritage, so much of which has been destroyed in the war,” says Freddy.

After another six months in Egypt, Freddy returned to the U.S. and started interning at the Nation magazine. In 2010, he began a graduate degree program in Middle Eastern studies at Oxford, choosing England to be closer to the Middle East—particularly Syria. He wanted to return there, but the situation became extremely difficult for both journalists and academic researchers. Instead, he spent more time in Cairo before moving back to New York and taking a staff editor position at Foreign Affairs. About five years ago, he started with World Politics Review.

“Everything in the Middle East has destabilized,” says Freddy. “Even in Cairo, some of my friends have left because the government is going after journalists more often. So although I’m no longer in the Middle East, I feel lucky to be still following everything closely from here.” 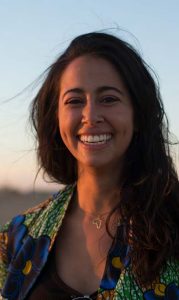 Neha began in Kenya with an Overseas Press Club fellowship that placed her with Reuters in Nairobi. She had just completed a master’s program at the USC Annenberg School for Communication and Journalism. Neha decided to stay a couple of months past the completion of her fellowship to witness events. She’s now been in Kenya for two years. She loves her work and being surrounded by a supportive community of freelancers and staff reporters, both Kenyan and international. Neha is currently freelancing full time, working with video for outlets such as CNN, and writing for print and online publications including the New Yorker and the Washington Post.

Despite her training, Neha had much to learn when she started in Kenya. “About a month after I arrived, there was a major recurrence of violence in South Sudan and I told my editor, ‘I’ll go!’ He and another reporter said, ‘No. You start in Nairobi, where you live, maybe with a protest of Uber drivers who want higher wages. Then maybe you go to a political protest. Then maybe you try election coverage, all in Nairobi. Then, perhaps, you go to South Sudan.” And they were right. Their advice was great. You have to work your way up. You have to learn how to work a crowd, and to see what’s wrong.”

Eventually Neha did cover the Kenya elections; she then traveled to Somalia and ultimately Yemen. “I’ve become passionate about covering women and women’s issues,” she says. Neha recently returned from Yemen, where she worked with the GroundTruth Project on stories about women, peace and security in conflict. “I’ve always been a proud feminist, and #MeToo is a special moment for me. Many women around the world don’t know what they deserve or what’s possible outside of the traditional social and cultural constraints. East Africa is interesting because you find some fierce, powerful, educated, highly placed women, but also the complete opposite. A woman who once shared a house with me said, ‘Being an African woman is the worst thing you could ever be born.’ I thought, ‘How can we try to bring some of their issues to light?’”

According to Neha, a country’s local media play a crucial role in this task. “I can publish a story in U.S. or UK media, which might evoke the typical outrage, and maybe someone will try to do something. But unless the stories really change the minds of people in the home country, they don’t have an effect. This is where local media come in. They are important when you’re working abroad.”

Judging from Freddy’s and Neha’s career trajectories, drive, nimbleness and acute cultural and historical awareness are essential tools. The Trump administration’s international moves have triggered yet another round of changes. U.S. politics plays a bigger role than in recent years. Neha points to President Trump’s reinstatement of the global gag rule in 2017. This policy requires that any overseas organization receiving U.S. aid have nothing to do with abortion. The rule extends to include any U.S.-donated contraceptives. Many health clinics had to shut down or drastically reduce services and staff.

“The global gag rule affected the entire continent,” says Neha. “One of the pieces I did early on focused on a sex worker who had had abortions, but then at age 17 had a baby. Many women don’t know what the global gag rule is. You have to explain the rule to them, while also trying to get them to talk to you. Local media sometimes pay their sources, but I can’t. But when I say, ‘The birth control that you’ve been getting free from the clinic is no longer available because of XYZ,’ they sometimes realize, ‘If I talk to you, that might help.’”

Freddy notes that while U.S. politics can’t be easily separated from what is happening abroad, “at WPR, we never really wrote about U.S. domestic politics as much.” That changed after Donald Trump became president, which Freddy feels can be both good and bad. “Because many things were all of a sudden not quite so settled, many issues have needed new coverage and analysis,” he says. “Domestic stories such as trade policy now have a much bigger impact here and abroad. But even this new level of news coverage has been consumed by Trump himself.”