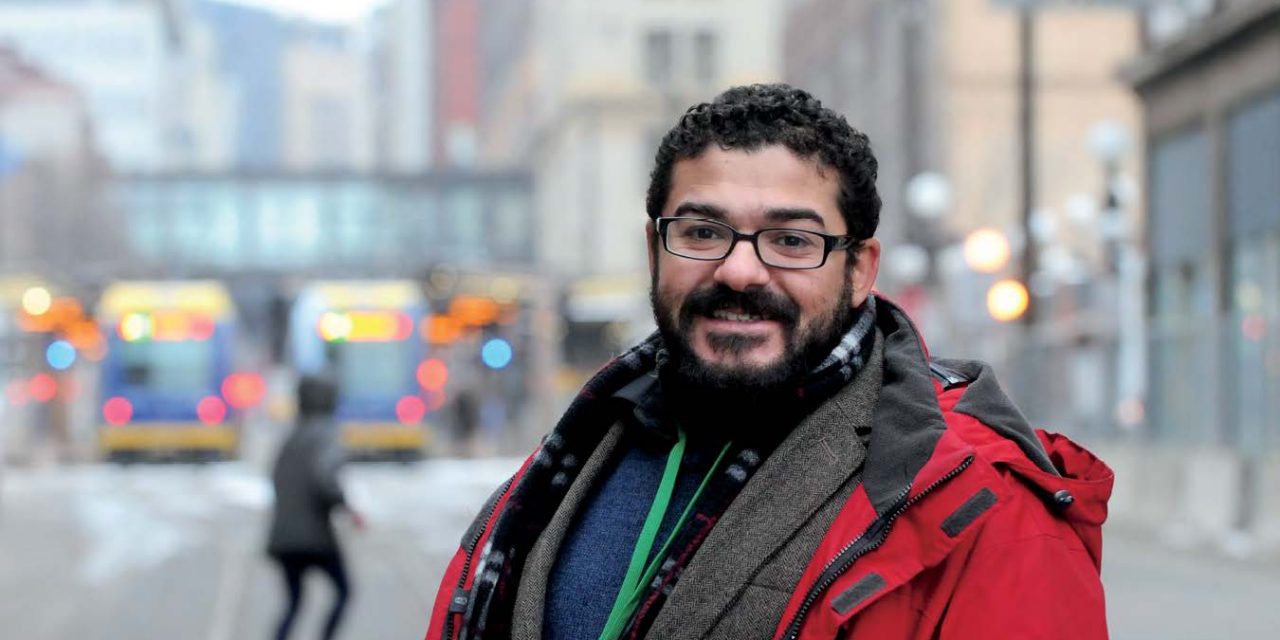 You’d never see this headline in the New York Times, or on the Huffington Post home page, or leading your six o’clock news: “Mid-sized city grapples with new waste-management program.”

Sanitation, a critical government function—supported by a multibillion-dollar industry—directly affects the human and environmental health of a place. Nevertheless, covering the issue draws only local news consumers, even when something goes wrong.

Residents of St. Paul, Minnesota, dealing with a confusing overhaul of their trash collection system, turned to the one place they knew they’d be heard: their local newspaper.

“People are getting late bills after they’ve already paid. They’re hitting roadblocks when they try to put holds on their service. Executing the new program has been messy, and when things happen, there’s really no one for people to complain to who can shine a light on those issues except for someone in my position,” says Fred Melo, St. Paul bureau chief for the Pioneer Press. “It’s too parochial for the statewide paper or the TV stations, even though it affects 300,000 people.”

The traditional newspaper industry is at a crossroads: Trust in the media is eroding, some polls indicate. Newspaper organizations have faced threats and harassment. What does the future hold? And what is at stake for citizens when their local or regional paper folds?

Newspaper journalists in 2019 are less likely to be the “ink-stained wretches” of media legend than they are to suffer sore necks and thumbs from live-tweeting city council meetings and elections. They’ve learned to be nimble multimedia reporters with increasingly broader coverage areas and often dwindling resources.

Some newspapers have gracefully pivoted to more digital reporting, and many have seen their online circulation remain steady, if not grow. Journalists embracing digital tools for news gathering and reporting—graphics, live and produced video, podcasting—seem best prepared to shift to whatever new model lies ahead for the industry.

The changes are welcome to some journalists, Fred included. Social media gives him unprecedented and unfiltered access to people in his coverage area, and also serves as a tool to gauge reactions to big issues.

“There’s always going to be more information to be gained from that kind of crowdsourcing than any reporter could ever imagine,” he says. “It’s humbling, but someone in the crowd is always going to know more than I know about an issue.”

Fred doesn’t imagine that print newspapers will disappear completely, at least not for a while. It’s costly and labor-intensive, but some consumers need to hold the paper in their hands. “But we never thought this older generation would be online, and now they go on Facebook every day to see photos of their grandchildren,” he says.

“I’m on Facebook, I’m on Twitter, I’m posting videos, I’m occasionally writing things for online that never make it into print,” he explains. “The mentality is ‘Get it up on the website,’ first and foremost.”

The access that social media provides can also invite tough criticism, incendiary feedback and personal attacks, but Fred brushes most of it off. He has never received a serious threat to his safety, but he has received his fair share of insults and anger from aggrieved readers. One editor told him, “I defend you more than you know.” Fred attended a de-escalation training offered by the Minnesota Society of Professional Journalists.

“I’ve been willing to engage with people, even if they’re very critical, because I have facts to back up what I’ve written,” he says. “Part of it is that I live in St. Paul, I married someone from St. Paul, I’m raising two kids in St. Paul, and I’m the city hall reporter. I want to prove that I’m connected, and that I care. I think what affects me most is when someone I know and respect questions why we’ve run a story.”

Being able to judge the relevance of a story, to confidently respond when someone doubts its newsworthiness or objects to a line of questioning, is a skill that comes only from being entrenched in a place or an issue.

In 2005, when Fred joined the Pioneer Press staff, 235 reporters, editors and photographers worked in its newsroom. That number has been whittled down to 40, through attrition and layoffs. Losses to the copy desk mean fewer editors to catch errors and fact-check on deadline.

“So the biggest change is that loss of resources and the increased worry about our financial future,” Fred says. “And then, number two, we’re competing in a digital world. The parent company that owns my paper is called Digital First Media. And ‘digital first’ means that our digital product also happens to publish a newspaper seven days a week, as opposed to the other way around.”

Print newspaper circulation has steadily dropped. The University of North Carolina School of Media and Journalism reports that the weekday circulation of newspapers has declined 40 percent in the past 15 years. Eighteen hundred American newspapers have closed since 2004, leaving behind ever-expanding “news deserts”—regions with no local media presence.

The loss of local newspapers appears to have a direct effect on how municipal governments function, a study from the University of Notre Dame’s Mendoza College of Business suggested in 2018. In cities where newspapers have folded, the absence of a watchdog press corresponds with significantly increased government spending and borrowing, declines in voter turnout for local elections, and poor city management.

“There’s no one there to say, ‘How much are you spending? Who got that contract? Isn’t that the mayor’s brother-in-law or the city councilor’s niece?’” Fred says. “We’re the ones that demand transparency, explain complicated procedures, and let people know what their employees are up to. Your mayor, your city councilor, your schoolteacher, the guy filling potholes on your street—they’re your employees. Eventually, it’s all coming from your wallet.”