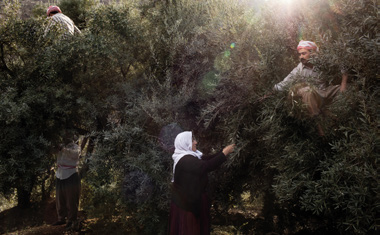 Sebastian Meyer ’98
Photojournalist / Under Every Yard of Sky

Sebastian Meyer’s book, Under Every Yard of Sky, chronicles life in Iraqi Kurdistan and a personal story of friendship and loss. Sebastian followed the Kurds of Iraq as they rose from their bloody past to hover for a moment in a state of peace before being plunged back into war. He spent six years traveling across the region reporting on Kurdistan’s growing prosperity. Then, in 2014, ISIS kidnapped his closest friend, Kamaran Najm, a charismatic Kurdish photographer. Sebastian had moved to Kurdistan to help Kamaran start Metrography, a photo agency that would train Iraqi photographers and represent them to the international media, and after a few years, their clients’ images appeared in National Geographic, the New York Times, the Washington Post, and Der Spiegel. When Kamaran, more like a brother to Sebastian than a friend, was kidnapped, Sebastian threw himself into the search. Kamaran’s disappearance was featured in a two-part series on NPR in June 2019. 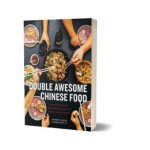 Irene Li ’08 and her two siblings, creators of the acclaimed Boston restaurant Mei Mei, have released their first cookbook, Double Awesome Chinese Food: Irresistible and Totally Achievable Recipes from Our Chinese-American Kitchen. Full of recipes that marry traditional Asian ingredients with comforting American classics and seasonal ingredients, Double Awesome Chinese Food delivers the goods. The Chinese-American siblings take the fear factor out of cooking this complex cuisine, infusing it with creativity, playfulness, and ease. To learn more go to meimeiboston.com/cookbook. 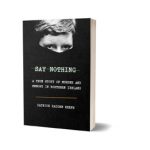 In December 1972, Jean McConville, a 38-year-old mother of 10, was dragged from her Belfast home by masked intruders, her children clinging to her legs. They never saw her again. Her abduction and murder was one of the most notorious episodes of the vicious period known as the Troubles. Patrick Radden Keefe’s book on the bitter conflict in Northern Ireland and its aftermath uses the McConville case as a starting point for the tale of a society wracked by violent guerrilla war, a war whose consequences have never been reckoned with.

In uncovering and bearing witness to the awful truth of what happened to one woman, Patrick crafts a narrative that stretches to the present day, deftly weaving together a series of indelible characters whose lives were shaped by what happened to McConville with the story of a secret oral history project at Boston College that brought incendiary details about this mystery to light. Based on four years of reporting, Say Nothing is a true-crime tale that sheds new light on a terrible murder, a war story about life and death during the Troubles, a meditation on radical politics and the suffering that people will endure—and inflict—in pursuit of a political ideal, and a vivid portrait of a society unable to shake free
of its own tragic past. 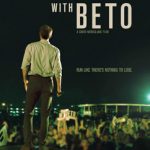 Running With Beto follows Democratic candidate Beto O’Rourke’s grassroots, against-all-odds campaign to unseat Texas Senator Ted Cruz. In 2017, Beto was a virtual unknown. As he trekked across all 254 Texas counties attempting to mount a new kind of campaign, he quickly became a national political sensation who was considering a run for president in 2020. David Modigliani ’98, a veteran documentary filmmaker known for showcasing the human side of political stories, spent 12 months embedded with Beto, filmed more than 700 hours of footage, and captured the Democrat as he championed a new way of getting to know a candidate. Understanding that this was an everyday guy making himself vulnerable in an attempt to effect real change, David knew Beto’s story had the power to do so. He was inside every aspect of the campaign, honed in on the stories of local Texans, and captured Beto and his family as they worked to convert long-standing conservatives in one of the most conservative states in the nation.

Waldo Forbes ’60
Author / A Tree in the Woods: Plato and the Ematomic Dilemma

The eminent American philosopher Wilfrid Sellars once described the aim of philosophy as being to understand how things hang together (abbreviated paraphrase). In this short work, Waldo provides two independent premises to draw a line between what might someday be explained (following from premises) and what can currently (and most likely) only be described, hence foundational. He suggests that both his premises are self-evident, albeit unconventional, with one that describes observers and the other, the observed. 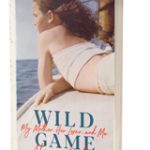 Adrienne Brodeur ’83
Author / Wild Game: My Mother, Her Lover, and Me

On a hot August night on Cape Cod when Adrienne Brodeur ’83 was 14, her mother, Malabar, woke her at midnight with five simple words that would set the course of both their lives for years to come: “Ben Souther just kissed me.”

Adrienne instantly became her mother’s confidante and helpmate, blossoming in the sudden light of her attention, and from then on, Malabar came to rely on her daughter to help orchestrate what would become an epic affair with her husband’s closest friend. The affair would have calamitous consequences for everyone involved, impacting Adrienne’s life in profound ways, driving her into a precarious marriage of her own and then into a deep depression. Only years later did she find the strength to embrace her life—and her mother—on her own terms.

Wild Game is a memoir about how the people close to us can break our hearts simply because they have access to them, and the lies we tell in order to justify the choices we make. It’s a story of resilience, a reminder that we need not be the parents our parents were to us. It is scheduled to be released on October 15, 2019. 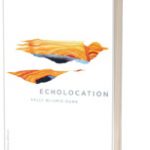 Poet Chard deNiord writes, “Sally Bliumis-Dunn ’77 leaves the reader of Echolocation in deceptively complex verbal landscapes in which both literal and figurative language play off each other with spare yet lapidary results in poems that focus on such everyday subjects as family, animals, loss, the seasons, menopause, and disaster with a compassionate, distilling eye. The voice that emanates from these poems is quiet but deeply resonant with generous stirrings beneath. She writes with what John Keats has called ‘disinterestedness’—a clear-headed objectivity that combines lucid narrative with lyrical charge.”