Omayra Ortega ’96, Playing (and Staying in) the Numbers Game 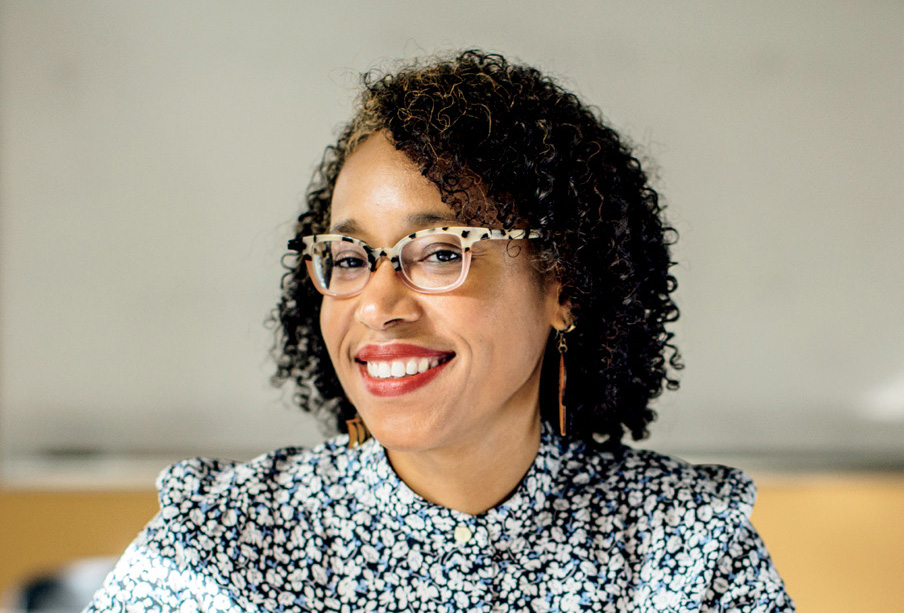 Omayra Ortega ’96 was already interested in pursuing a graduate degree in mathematics when she heard an alarming statistic: Fewer than 1 percent of all math Ph.D.s in a given year were awarded to Latinas.

“The same low numbers were true for black women, and even if you didn’t restrict it to gender, the number was 1 or 2 percent beyond that. It was really eye-opening for me,” she says. “Before then, I naively believed in the general benevolence of the world and that equality reigned everywhere. I decided I needed to get my Ph.D.”

The statistics came from a talk by Colette Patt, director of diversity for the Mathematical & Physical Sciences Graduate Diversity Office at the University of California Berkeley, whose goal is to increase the diversity and retention of underrepresented groups in STEM fields.

Before she began her graduate and teaching careers, however, Omayra benefited from mentors who opened doors to opportunities she would never have considered. She wouldn’t have known what graduate school for a mathematician would entail, or about important undergraduate research projects, if mentors hadn’t shown her the possibilities. 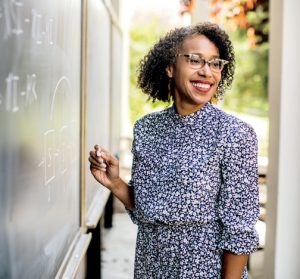 “A lot of the work I do now is modeled on experiences that I had as a student, and I’ve had fantastic mentors throughout my life,” she says. “I’ve been supported and encouraged, and so I know how effective mentorship can be.”

At Sonoma State, where she teaches elementary applied statistics and calculus II and leads the mathematics colloquium, Omayra seeks to offer her students the same attention and guidance.

Many Sonoma State students come from California’s North Bay area, a largely agricultural region. Many of Omayra’s students have full-time jobs or families — or both — and come from working-class backgrounds. They arrive with different levels of preparation for college courses.

“They work very, very hard. So I try to give them my best every day, because if I have them in my classroom, I know it’s a very precious two hours for them and for me,” she says. “I try to make it worth it for them.”

Her own undergraduate experience gave her an understanding of balancing work and college. Omayra struggled at Pomona at first — a naturally social and warm person, she spent more time hanging out with friends than in class. So she left Pomona, moved in with family in Milpitas, California, and attended community college while working full-time in a bakery. She raised her grades enough to return to Pomona and complete her degree.

Omayra developed the Mathematical Epidemiology Research Group (MERG) to encourage undergraduate students to persist in math and statistics. Typically, the group has been 95 percent female and 80 percent students of color, but the demographics shift every semester. MERG students select their own topics, and Omayra mentors them in their research.

Diversity in epidemiology and other research fields is necessary to ensure that researchers have a complete view of the populations they study and can help bridge disparities in health outcomes, Omayra says. Pharmaceutical companies, for example, know that certain medications affect patients differently depending on genetic and demographic factors, so their researchers have to look outside the majority population.

During the fall semester, MERG students were working toward creating a mathematical model to research the spread of measles in the United States. Using existing models, they hoped to study how the anti-vaccination movement has affected the spread of the disease. 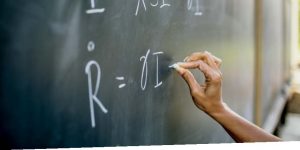 “I encourage in particular underrepresented students to come and do research with me,” Omayra says, “because I think that sometimes the classroom lecture setting can get really boring and stale. If you’ve had a lifetime of being in school and being traumatized in STEM classes, you’re not going to thrive in that setting. So through guided research, I hope to get them excited about their topics.”

Omayra also takes her students to events where they can network with and learn from academics who represent diversity in STEM. An example is the Society for Advancement of Chicanos and Native Americans in Science (SACNAS) conference, which was the first such gathering Omayra attended as a student. She is now a lifetime member of the group.

“I love SACNAS because it combines showing the students pathways to join the scientific community with ways to integrate their own cultures, so you see many different aspects and many different faces of science,” she says.

By the time students arrive in an undergraduate program, they have a personal conception of their own math ability that most likely began forming during early education. It’s a hard mindset to push back against, Omayra says — especially in her statistics class, which is required for many Sonoma State majors outside the math department. She tries to encourage her students to reach out for help.

“They know they have to take this class, but they’re struggling, and the mindset can be ‘This is normal. I’m supposed to struggle, and it won’t help if I talk to my teacher, because this is how I’ve always done math. I struggle and get things wrong,’” Omayra says. “They’ve accepted this role for themselves because that’s the way it’s been for years.”

Omayra grew up in Far Rockaway, Queens, and attended public school until she came to Milton for high school. During middle school, one of her teachers recommended that she apply to Prep for Prep, a program that prepares students of color from New York City to attend independent schools, and supports them through their academic careers.

“I was always a nerdy child, from kindergarten on, and I loved Prep for Prep so much because it was 100 percent nerdy brown children,” she says. “It was just like heaven.”

Milton felt like a “big slumber party,” she says. “You’re always surrounded by your friends.” The school at the time seemed to her “overwhelmingly wealthy and white,” something that pushed her out of her comfort zone, but through programming for students of color, she found a sense of belonging.

“I think I was interested in literally everything,” Omayra says of her time at Milton. “I remember filling out college applications and needing an extra sheet of paper for the extracurricular section. I knew that I wanted to be a math and music double major in college, which is what I did, but I wasn’t intensely focused on math at the time.”

By the time she was at Iowa, pursuing her doctorate in math and computational science, Omayra’s interest in everything earned her a master’s degree in public health — somewhat by accident. She had taken a few classes in the College of Public Health when she learned of an opportunity to go to the Gambia and work in the Ministry of Health there. During her interview, the coordinator asked why she wasn’t getting her M.P.H., and Omayra responded that the workload might be too much. As it turned out, the only course she was missing was Introduction to Public Health.

“That’s another example of a mentor who was instrumental in my career success,” she says. “Having that M.P.H. has been very helpful in gaining collaborators in my work in mathematical epidemiology, but also in getting a health care consulting job that I had in Arizona.”

Taking classes in Iowa’s College of Public Health also took Omayra to Egypt, where she combined her work for her math doctorate with her infectious disease expertise. Working with the U.S. military at the Naval Medical Research Unit - No. 3 in Cairo, Omayra studied the rotavirus vaccine and worked on a cost-benefit analysis of administering the vaccine in Egypt.

Along with teaching, Omayra is actively involved in epidemiological research. One of her projects is a study of the effect of migration on the incidence of malaria in Botswana. She works with a group of women from all over, including one who does research in Botswana, to gather as much information as possible for the study.

Omayra’s research work is inherently collaborative. So is her approach to guiding students. Whether it’s suggesting graduate programs that may be a good fit or pointing them toward research projects that match their interests, she believes that mentorship can drastically improve the direction of a student’s studies.

“It’s very important to me to mentor young women of color for those reasons,” she says. “I love teaching and I love working with students of all kinds, and I know how you can change someone’s life, and not even with that much effort. A lot of times, it’s about sharing information — just letting a student know about opportunities.”