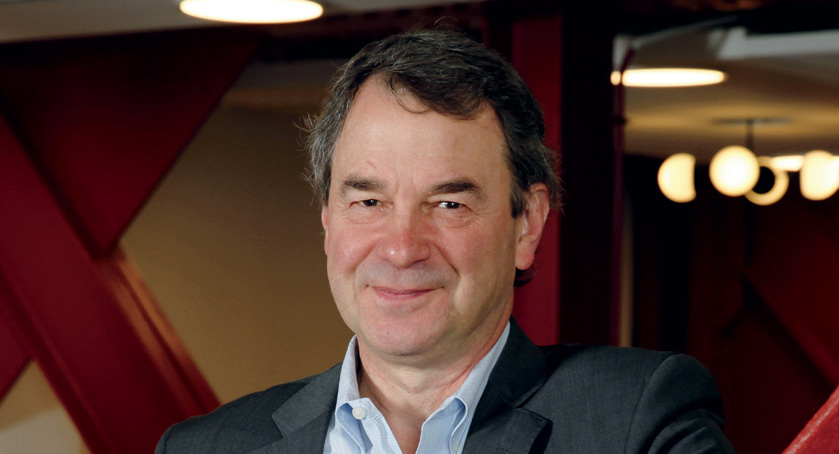 On a busy street in downtown Washington, D.C. — just minutes from the White House and a short ride down Pennsylvania Avenue to the U.S. Capitol — Phil Tegeler spends his days — as he has throughout his career — defending the rights of low-income families to better housing and education.

From his early work at the American Civil Liberties Union in Connecticut, where he litigated a wide variety of civil rights cases, including a landmark school desegregation case in the Hartford area, to today, when he serves as executive director of the Poverty and Race Research Action Council (PRRAC), a civil rights policy organization, Phil has been working to change housing and education policies that segregate and disadvantage low-income families of color.

“One of our country’s most harmful legacies in the 20th century was the way the government intentionally segregated our metropolitan areas,” he says. “Pushing back against those policies has been a central goal of my work.”

And as someone who has been pushing back for decades, he knows firsthand how strong resistance to change can be. “The status quo is very powerful,” he says, “and our educational system needs not just temporary fixes but structural reform. It needs to deal with the effects of school district boundary lines and exclusionary zoning and the procedures for crossing those lines and opening up housing and school opportunities for children who have traditionally been excluded.” 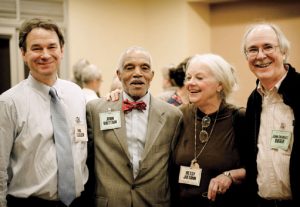 With PRRAC board members.

At PRRAC, a nonprofit he describes as part think-tank, part advocacy organization, Phil works with a team of lawyers, researchers, and writers that conducts research on housing and education issues, advocates at the federal level to promote opportunity and protect civil rights advances, and helps state and local agencies in their planning and design of housing and education programs that expand opportunities for low-income families and children.

A large part of the agency’s work supports the National Coalition on School Diversity, a network of research centers and state and local groups from around the country that promote racial and economic integration and inclusive practices in schools. The organization also supports local activists in their advocacy efforts.

Phil points to an additional factor that exacerbates the inequality that persists in housing and educational opportunities in metropolitan areas: a widening of the country’s income gap, and the resulting geographic separation of rich from poor.

“The data is clear that rising economic inequality is being accompanied by increases in economic separation,” he says. “It’s not just the isolation of wealthy white families in high-opportunity enclaves; it’s also the isolation of low-income families of color in high-poverty neighborhoods and schools.”

This geographic separation of the wealthy and the poor, which is closely related to race, he says, is driven in large part by “biased perceptions” of school quality. Exclusionary zoning helps to maintain school districts for higher-income students, which leads to higher test scores and even higher housing values in those towns.

“There’s also of course going to be more heavily resourced and higher-quality schools in those school districts, because there’s the tax base to support it,” Phil says. “Sociologists call this phenomenon ‘opportunity hoarding.’ It’s an old term, but it’s a very apt way of describing how this kind of inequality happens.

“As a result, you end up having schools with 80 to 90 percent of the students living in poverty. These are kids who need the most help and the best teachers and the most resources, but they are getting the least — while the schools with students with the most resources, the students who need those resources the least, are getting the most. And that’s pretty much how we’ve set up our metropolitan areas.” 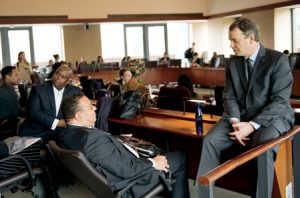 But he also sees a more positive trend emerging: a growing awareness of both the value to all students of learning in an economically and racially diverse environment and the value to society of providing a high-quality education to all children.

“Even though racial isolation and poverty concentration are increasing, there’s also a general trend toward more racial diversity, particularly in inner suburban communities,” Phil says. “In all our communities, people are beginning to see the value of diversity for their kids — not just racial diversity, but economic diversity.

“And they also see the disadvantage that is imposed by putting low-income kids in separate schools. People are now starting to recognize again that we can’t just maintain separate schools for low-income children of color. It’s just not a viable policy for our country.”

Phil’s sensitivity to social injustice began at an early age. He grew up in the town of Weymouth, Massachusetts, when the first phase of Boston’s controversial busing policy was getting under way. His father, a Lutheran minister, and his mother, a public school teacher and principal, were both involved in civil rights issues affecting people on the South Shore.

“Growing up in that town is where I first learned about segregation and its effects. I learned a lot about just how much resistance there was in the white suburbs of Boston at that time to things like housing and school integration,” he says.

It was also a time of great social unrest in the country. At Milton, Phil was deeply affected by the school’s response to the turmoil occurring throughout the country. He was a freshman in 1969, when the Moratorium against the Vietnam War took place, and in the spring of 1970, when the students and faculty went on strike to protest the expansion of the Vietnam War into Cambodia and the student killings at Kent State.

“I was so inspired that the school went on strike after Cambodia and Kent State and by the juniors and seniors who were leading the strike and the faculty who voted to support it,” he says. “That was a very powerful thing to experience and feel — that as students, we had power. I think all of us at Milton who grew up during that time were affected in a really positive way.”

He went on to co-edit the alternative student newspaper, The Biweekly, during his senior year. “I had some great experiences at Milton,” Phil says. “We had an amazing faculty, including most importantly for me Paul Monette, who was an extraordinary English teacher and poet.”

He continued to stay socially active as an undergraduate at Harvard University, where he volunteered at Phillips Brooks House, the university’s center for public service, and, later, at Columbia Law School, in New York, where he prepared for a career as a public interest lawyer.

Encouraged by the recent resurgence of interest in more socially and economically diverse communities and schools, Phil believes that despite a resistance to change, victories — both large and small — can still be achieved.

“Public education is a state and local function,” he says, “and decisions about what kind of diversity you’re going to have within your schools is really a local decision, so there is a lot of room for local activism — not everyone at the local level has a ‘not in my backyard’ mindset.”

Phil and his PRRAC colleagues see an increase in commitment on the part of local officials and local governments to expanding opportunity in their housing programs and access to better neighborhoods. And they are observing activity not just among school and government officials, he says, but also among students and parents in cities across the country — in places such as New York City; in the counties around Washington, D.C.; and in Hartford, Connecticut, where almost half the children are now attending integrated schools.

“We’re excited by the fact that once local officials and their constituents believe in the idea and feel empowered that these issues of racial and economic diversity are important, it doesn’t really matter as much what the federal government is doing,” Phil says. “What’s emerging in New York City, for example, is extraordinary in terms of the movement for school integration at the student and parent level, but also the adoption of school integration goals by the chancellor.”

And despite the reality that overall trends predict even greater economic inequality, Phil expresses both optimism and determination as he looks toward the future.

“When you’re doing social justice work, you’re often pushing against the tide. So the fact that the overall trend is more economic inequality and greater economic divides and increasing concentrations of racialized poverty, that doesn’t mean you need to stop fighting,” he says. “It’s important to push back and try to change those policies.”

He points to the issue of mass incarceration as an example of how quickly attitudes can change. “People have been fighting mass incarceration for many years, and we are only now beginning to see some progress,” he says. “And certainly 15 years ago people were not talking about school integration as a value as freely as they are now.”

He also points to recent PRRAC successes: “In 2017, we helped block HUD (Housing and Urban Development) from repealing an important civil rights reform that benefited over 200,000 families, and last year we helped get a small grant program into the federal budget that will help more families with Section 8 housing assistance move to high-opportunity areas. That’s a huge step forward, and it’s going to help thousands of families make real changes for their kids’ futures.”

He looks forward to continued progress. “I still get a lot of satisfaction in the large and small victories,” Phil says, “like when we can stop a regulation from being repealed or help a local housing agency adopt more-inclusive policies. You may only meet one or two families who are getting the benefits, but you know there are also a lot of other families you’ll never meet whose opportunities have been expanded.”