Next Board of Trustees President Claire Hughes Johnson ’90 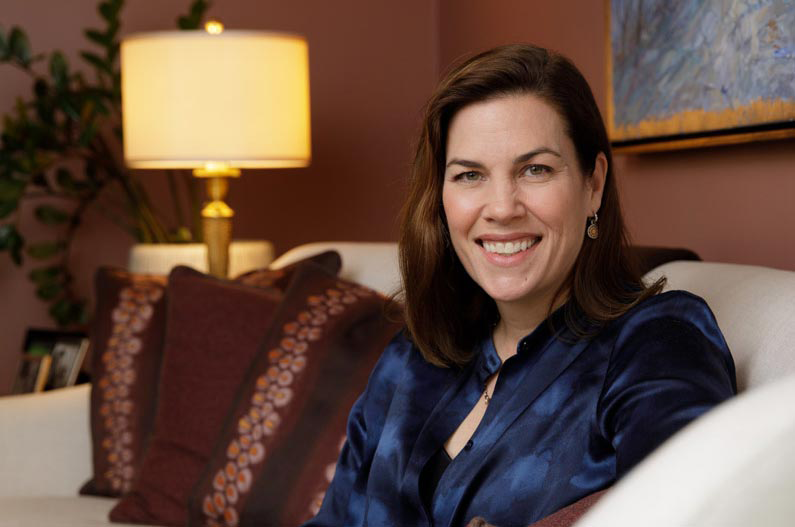 In July, CLAIRE HUGHES JOHNSON ’90, a member of the Board since 2010, will become the president of Milton’s Board of Trustees. The daughter of longtime English Department chair Guy D’Oyly Hughes and a Milton “lifer,” Hughes Johnson attended Milton Academy from kindergarten through senior year. She served for 10 years as a vice president at Google and for the past seven years as COO at Stripe, a global billing and payments infrastructure platform. She recently became a corporate officer and advisor at Stripe. Hughes Johnson and her husband, Jesse Johnson, have two children attending Milton.

Having served on the board for the past 12 years, can you talk about your decision to join and some of the changes you’ve seen during that time?
I was asked to join the Board not long after Todd became the head of school, in 2009. At the time, I was in a leadership role at Google and a very busy working mom with small kids, but the opportunity to serve Milton was just too important to pass up. I knew Todd was going to be a fantastic head of school, and I really wanted to be part of his journey. Over the past 12 years, I’ve had the opportunity to appreciate both the challenges and the triumphs of executing Todd’s strategic plan to advance the institution and expand on the offerings that compel and attract students of Milton’s caliber—everything from hiring and retaining transformative educators to advancing the school’s work on diversity, equity, inclusion, and justice to building Milton’s endowment.

As a technology executive, you’ve been involved in some of the most significant technological advances of the past several decades. Can you say a little about that?
Technology can be understood by looking at what I’ll call decade- defining companies. From about 2005 to 2015, Google was the decade-defining company, and, beginning in 2015, Stripe emerged as a potential defining company, growing from tens of millions in revenue to billions. Being part of building those companies was and is a great privilege and a tremendous amount of work. The opportunity to be at Google, which grew from about 1,800 employees to more than 60,000 in the 10 years I was there, and then to build Stripe as a leader from 160 to more than 6,000 employees, doesn’t happen to many people in their lifetimes.

What do you hope to accomplish as board president?
I think a lot about how one builds an institution that lasts centuries, not decades. I enjoy the contrast in my life between being someone who’s helped build two game-changing technology companies and, at the same time, a graduate and trustee of an institution that was founded in 1798. That combination of experiences and skills is what it’s going to take to develop the leaders of the future: a front-row seat in both worlds. I really value the institution of Milton—the history and legacy of excellent faculty, students, and programs. Many of Milton’s qualities transcend time and history—developing critical thinkers and instilling a love of learning and respect for one another—but to honor its mission, we need to think about what is the modern Milton. How can we support the faculty and prepare the students for a changing world, where their skills and leadership are needed and where they can successfully ‘Dare to be true’? Milton strives to prepare leaders and citizens for the future. In the same way that Milton needs to call on every ability of its administration, faculty, and students to do so, the Board also needs to do that. That will be my goal. 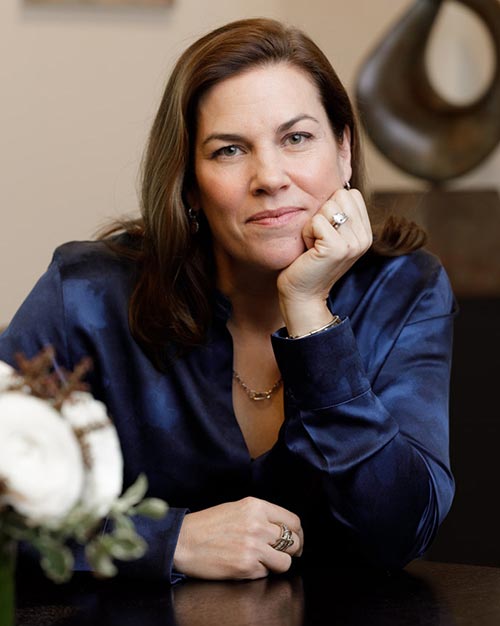 What should Milton’s priorities be in preparing students for that future?
The past couple of years have not been the easiest time for anyone. It’s not just the pandemic; it’s the impact of income inequality in the United States and the country’s clear inability to address systemic racism and the existential threat to humanity of climate change, not to mention the global trend toward nationalism. Milton students have always been agile learners, and the environment is one that celebrates constructive dialogue and inquiry. Preparing our students for the future is going to be about looking at every part of their experience, including the program and curriculum, and figuring out what we can do within and across disciplines and schools to amplify not just the learning aptitude, but the multidimensional dialogue and willingness to lead, even when uncertain. The students have to be fully formed humans, which requires empathy and an understanding of the human experience that acknowledges that not every human experience is the same. If you don’t build that understanding, you’re not going to be a very effective citizen. Todd has begun the next stage of work on equity and inclusion— we have a lot of exciting new faculty and staff members. We’ve doubled the endowment. But you don’t get it all done in 14 years, and Todd would be the first to say that. We can be even more aligned as an institution on what Milton’s role should be in today’s world—what skills we need and what type of community we need to build. I think there’s an appetite to become even stronger. There is a fine balance to achieve at Milton between a celebration of the individual student and a common vision we share as a community to which each member holds the others accountable.

Do you believe Milton can meet the urgency of these times?
It’s not always easy to find reasons for optimism, but my interactions with Milton during this time—even though it’s been challenging in any school environment— are where I’m finding my optimism. Seeing my kids as Milton students engaged and excited, and meeting their friends and teachers, gives me a lot of reason for hope. We need to find sources of optimism and invest in them; Milton is one of those sources. If you look at the diversity in the student body and think about who those kids are going to grow up to be, we have every reason to be hopeful. And I’m excited to meet the next leader of Milton, be their support system and, frankly, show my gratitude to someone who’s going to take on what I know from my own work is a tremendous responsibility. I know it can be challenging— and at times lonely. What I’m most energized by is making sure that person feels they have a partner and a Board that’s active and involved in their success and in the success of the institution. In the past few years, it’s been rewarding to me professionally to grow beyond operational leadership to become more of a facilitator, enabler, and advisor. I’m always amazed by what humans can accomplish under the right circumstances. If I can help create those circumstances for Milton, then I can truly give back, because I owe so much of my success to Milton Academy.