A Commitment to Mental Health 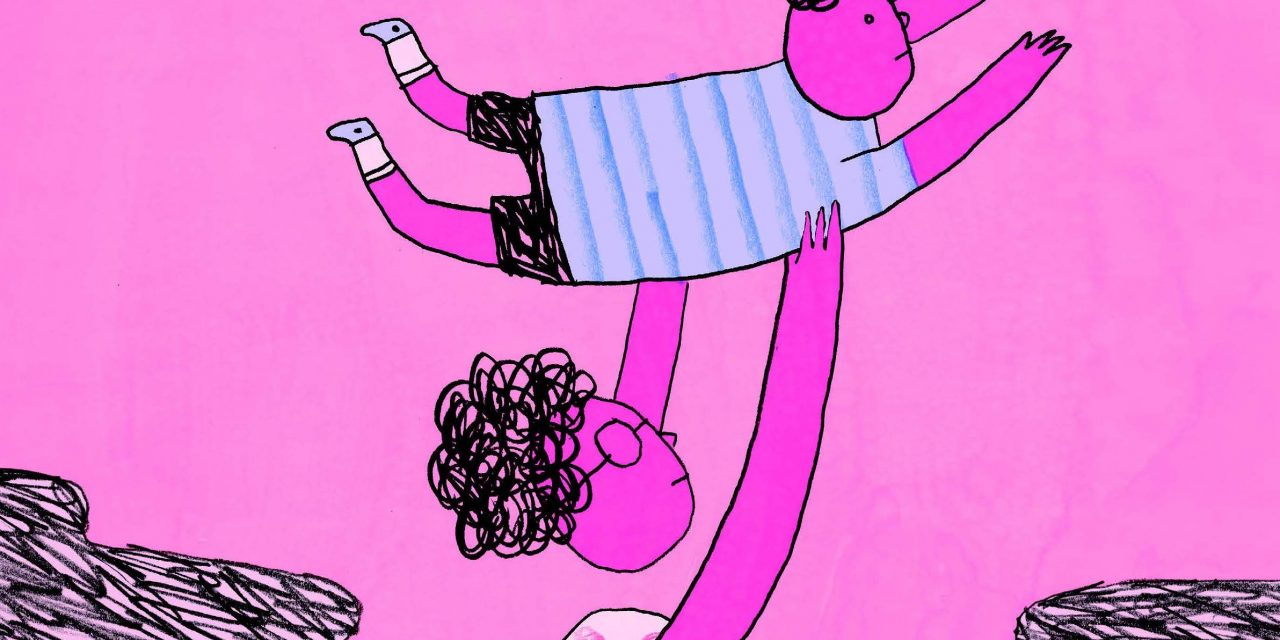 Mental health care authorities—from the American Academy of Pediatrics to the American Academy of Child and Adolescent Psychiatry—have been reporting a precipitous nationwide rise in the levels of stress and anxiety among school-age children. In 2021, citing recent national surveys, the U.S. surgeon general reported “alarming increases in the prevalence of certain mental health challenges” of the nation’s youth.

For both Lower School Principal Frank Patti and Middle School Principal Steven Bertozzi, caring for the emotional well-being of Milton students is central to their mission. “Anyone who’s studied elementary education,” says Patti, who recently implemented a multifaceted approach to providing mental health support for Milton’s youngest students (kindergarten through fifth grade), “knows that learning for young children is a social and emotional thing and that mental health is really connected to every part of the learning process.”

To most effectively meet their needs, the Lower School recently formed a partnership with the Integrated Center for Child Development (iccd), a multidisciplinary enterprise that provides a range of mental health services, from neurological to behavioral to occupational. An on-campus iccd mental health specialist works with Director of Health and Wellness Valerie Thadhani to help connect students and parents with the correct iccd specialist.

“Children at five, six, and seven years old require a different type of attention than they do later,” says Patti. “So much is emerging that needs attention and tailored support; we’re learning about their developmental needs and learning profiles. There are a lot more adult-to-adult conversations. By partnering with iccd, we’re creating a structure so that mental health can really be at the center of all the work we’re doing. We’re thinking holistically, as we should be.”

At the Middle School, administrators and teachers are committed to providing “the time and space to know each child,” says Bertozzi. “To get to deep learning, it’s important to ask, ‘Do students feel safe and supported? Is their mental health in a place where they can engage and learn in a really deep way?’  We want to know the whole child and commit the time and space for that.”

Students (sixth through eighth grade) meet twice a week in small groups for “informal check-ins” with a designated advisor to discuss what’s on their minds. Twice a month, students attend “360” classes with Middle School counselor Nicci King, who discusses social/emotional issues, and the learning specialist Liz West, who teaches executive- functioning skills. A “Time-in” gives students the space to slow down after a busy week. Weekly grade-level meetings—which include Bertozzi, Middle School Dean of Students Jacqui Hardaway, King, and West—are held to discuss the students. “We try to be very intentional to create a breadth and depth of opportunities to allow them to pause and focus on mental health,” says Bertozzi.

The past two years, say both principals, have seen a delay in the development of the students’ executive functioning skills. When Lower and Middle School students returned to campus in the fall of 2020, a preponderance of important health-related rules and regulations were in place. The loss of freedom and social interaction during this time, they say, has caused a delay in their ability to organize, reason, and problem solve. Patti tells the story of a first-grade teacher who, as rules relaxed last spring, encouraged students to sit in a circle on the carpet. “That’s very big in elementary education,” Patti says. “Sitting around in a circle is very collaborative. The teacher was stunned to discover, however, that the students had never sat in a circle before. They’d gone through preschool, kindergarten, and now first grade without sitting in a circle. During the years of the pandemic they were six feet apart, wearing masks and their desks in rows. The teacher had to show them.”

“For a whole academic year,” says Bertozzi, “students were divided into cohorts, unable to interact with one another across groups. Belongings were stored in bins under desks, and at recess, students were divided into groups that couldn’t cross lines to be closer to one another. We told them when they were dismissed and when they could leave the room. This is not a school that does that often.”

“Milton is a place,” says King, “that values and promotes independent thinking, but the pandemic made that challenging. When you look back, the need to be so hypervigilant—which we can all do for a period of time, but was just so prolonged during the pandemic—really impacted students’ bandwidth. The silver lining is that students came away from the past few years with permission to seek support.

“Lots of students named their heartache related to opportunities and experiences they weren’t able to have,” King says. “They were able to openly name their feelings and frustrations. Kids were knocking on my door just to say, ‘Today is a hard day.’ Did that happen pre-pandemic? Sure, but the community support for it did shift; there was just less stigma. As Todd [Bland] often says, ‘Don’t worry alone.’ The message to students was that there was no need to attempt to navigate solo; you really can seek out support. And they did, which is good for themselves and for each other.”

And neither principal is seeing a loss in academic progress. “While academic regression felt like it was going to be the story,” says Bertozzi, “it really hasn’t been. Kids are coming in just as strong from fifth grade, and I think we’re sending them just as strong to the Upper School.” Says Patti, “In terms of gaps as a result of the pandemic, we have not noticed any sizable gaps in understanding. Our kids are as strong academically as the year before.”

Going forward, teachers and counselors will be working to help students recover the ground they’ve lost in developing executive-functioning skills. “In our preparation for this year,” says West, “we’re intentionally thinking about what are the executive-functioning demands we can take off of our kids. What can we streamline and what can we model in terms of positive executive- functioning skills acquisition. For example, we are requiring teachers to all post in the same way on Google Classroom so that students know exactly where both classwork and homework are for every class.”

While the past two years have brought indisputable challenges, says Bertozzi, they have also yielded surprising gains. “I see a strength in the students now. They’re tougher; they’ve developed coping strategies and are joyful in ways I haven’t seen in a long time. They’ve come out of it and are recognizing how things used to be, and it has become, to some degree, a place of joy. We’ve really tried to lean into the joy and scale things back a little bit, realize we can take things a little slower, take ourselves a little less seriously, and be a place to really help them grow as individuals.”