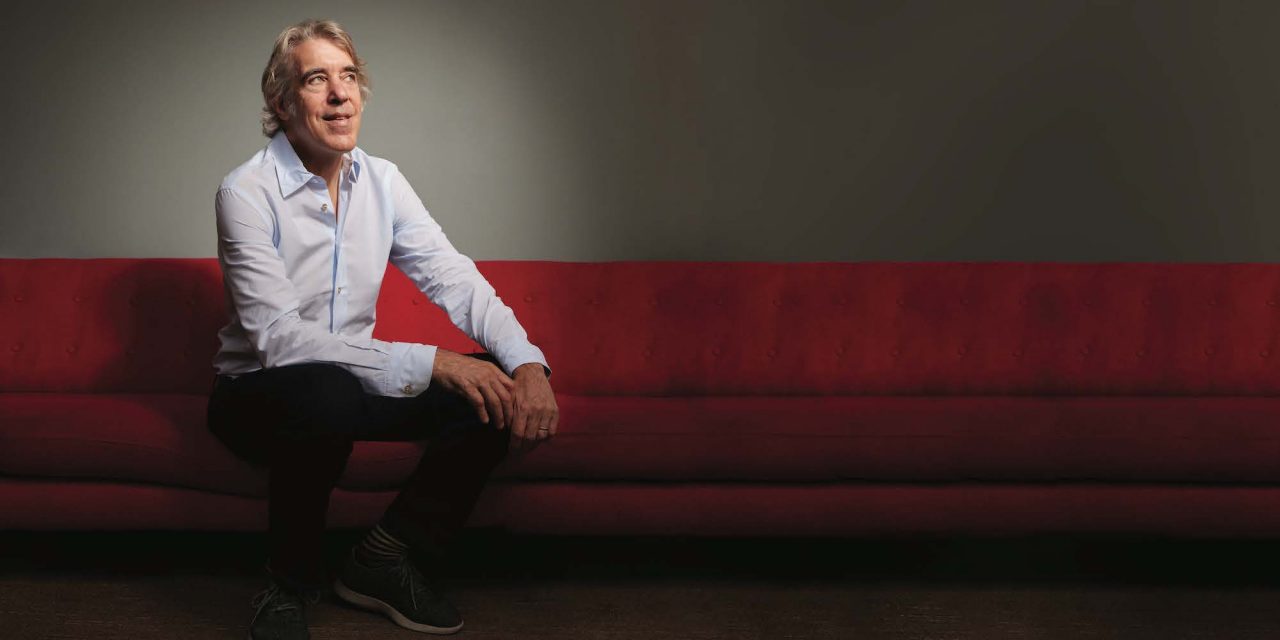 Sitting in the bright, airy headquarters at College for Social Innovation in downtown Boston, Eric Schwarz ’79 describes what has driven him over the past several decades to envision and create two experiential learning programs that give students from underserved communities some of the same opportunities that their more privileged peers have.

“We have a huge, unacceptable, and growing achievement gap,” Schwarz says, “and the fact that it’s so big—that it’s holding back our economy and our democracy—has less to do with a student’s in-school or in-college experiences and more to do with their out-of-school experiences. It’s the robotics camps, tutoring, foreign trips, and fancy internships that wealthier parents can afford to give their children.”

Schwarz speaks candidly about the impact that privilege has had on his life. His father, Fritz Schwarz ’53, a corporate trial lawyer, and three uncles, all Milton graduates, are heirs to the FAO Schwarz toy store family. His mother, Marian Lapsley Cross ’56, a lifelong educator, has ties to Milton that go back generations. Private schools, summer camps, and a host of unpaid internships, Schwarz says, all helped him to discover talents, build skills, and develop confidence as he moved from adolescence into adulthood.

An internship with Colorado U.S. Senator Gary Hart, in 1980, Schwarz asserts, changed the course of his life. For two summers, while a student at the University of Vermont, Schwarz interned for Hart’s successful re-election campaign and then in his Washington, D.C., office, helping to craft campaign materials, organize a benefit rock concert, put together a network of student get-out-the-vote volunteers, and write position papers on various issues. In his last semester, in 1983, he was named student director of Hart’s campaign for the Democratic presidential nomination. 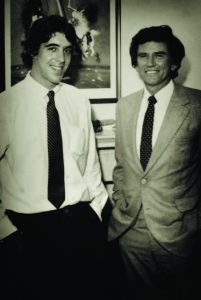 Internships with U.S. Senator Gary Hart (right) provided Schwarz with invaluable experience as a college student. “What an amazing job it is was for a college kid,” Schwarz says.

“What an amazing job it was for a college-age kid,” Schwarz says, looking back. “From my apartment up in Burlington, Vermont, I was organizing college students across the country and building skills that turned into a job after graduation. If I think about those internship experiences while in college, I think I learned five times as much as I did in all 32 of the college classes I took put together. Human beings learn best and learn most from experiences and relationships, and yet we’ve structured schools and colleges to not be enough about experiences and relationships.

“Those learning-by-doing opportunities that I had access to—in part because of who my parents were and who my parents knew—helped change my life. I had access because my dad knew Gary Hart and was able to make that connection. Both those internships were unpaid, but I was able to get financial support from my family. We really need to take a new look and think about what are those experiences and mentor-rich relationships that have historically accelerated learning and opportunity for privileged kids.”

Schwarz was determined to find a way to make life-changing opportunities available to those without such advantages. After five years as a working journalist and a few years helping to build the national service program City Year, Schwarz established Citizen Schools in 1995. Cofounded with his former college roommate, Ned Rimer, Citizen Schools, in partnership with several public schools in the Boston area, offered middle schoolers from low-income communities an extended day— a “second shift”—that connected students with a network of volunteer citizen teachers. From software engineers to investment bankers to videographers and environmentalists, community leaders worked alongside middle schoolers on a range of hands-on projects. Rigorously evaluated and fine-tuned over the years, the hugely successful program has grown to include partnerships with public schools and community programs from across the country, today reaching 50,000 middle school students and including 25,000 career mentors. A master’s degree-level fellowship program—Citizen Schools Teaching Fellows—provides assistance to the program’s teachers and students.

After 20 years at Citizen Schools, Schwarz turned over leadership in 2015 (he now sits on its board) to establish College for Social Innovation (CFSI). It offers a hands-on, in-college fellowship program to provide students with a “Semester in the City” (SITC) experience. Students from small private colleges to large, public universities earn a semester of credit working at organizations around Boston that are addressing urgent societal problems. The students—Social Innovation Fellows—work for 30 hours a week for 15 weeks at nonprofits, government agencies, and social mission-oriented businesses focused on issues from the environment to education policy to prison reform and affordable housing.

EstablishingCFSI, Schwarz says, was a continuation of his belief in the power of experiential learning and its capacity to be life-changing. “The reality is that colleges all give lip service to experiential learning,” he says, “but for the most part they make it extracurricular. And when it’s extracurricular, as opposed to curricular, when it doesn’t have credit attached to it, it ends up being accessed mostly by privileged kids. People who already have a lot of privileges get amazing internships and amazing mentors. They get a huge leg up and are already starting ahead.

“What we’re doing withCFSI is making that kind of intensive experiential learning—with mentors, special projects, and real-world experiences—common, not rare. Instead of going to Barcelona, they come to Boston and are getting real-world experience in a sector of the economy that is making a major impact in helping solve the problems that are critically important to the younger generation.”

With the nonprofit sector the fastest-growing part of the economy, Schwarz says, CFSI offers students enormous career opportunities. “In Massachusetts, 19 percent of all jobs are in the nonprofit sector,” Schwarz says. “The truth is that in many industries, there is more wealth but fewer jobs, because robots and people in other countries have taken a lot of the jobs. In the worlds of health care, education, social work, you can’t have a robot do the job, you can’t have someone in China do the job, so you need more people. Even when the economy goes through downturns, the nonprofit sector continues to grow.”

In just seven years,CFSI has succeeded in forming partnerships with 13 Northeast schools, from private schools such as Colby College, Wheaton College, and Wesleyan University to public universities such as UMass Amherst, the University of New Hampshire, and the University of Vermont. At the same time, the program has grown to include 164 social-sector partners. Over the next few years, CFSI’s staff of 20 will be working to double enrollment (from 112 to 225) and continue to increase the number of its partner schools. A parallel program, Semester for Impact, in which students can intern in their home college communities, will begin in 2023. 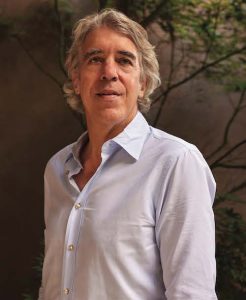 Looking ahead, Schwarz not only wants CFSI to continue to grow; he also wants the program to serve as a model for other social innovators who are determined to make a difference in solving complex societal issues. “We want to create a model that others can learn from and adapt, because even if we grow, we’re still going to be a drop in the bucket in terms of all the college students who are out there. The goal is to build a model that others can learn from and that inspires other colleges to do similar things.”

Schwarz is always available to hear from those with new ideas for making a difference. He says, “Whenever someone calls and says, ‘I’m thinking of starting this organization. Can I get your advice?’ or if someone calls and says, ‘I know this person who’s trying to start this organization,’ I say yes 100 percent of the time. I love to have those conversations, because it can be kind of lonely starting something. A lot of people took the time to talk with me, and I want to pay that forward.”

As witness to the difference experiential programs such as Citizen Schools and CFSI can make in the lives of young people and ultimately to society at large, Schwarz looks toward the future with optimism. “Probably the mental makeup of a social entrepreneur or a social innovator is that you see the glass as half full, not half empty. Change is more likely to happen if you believe change is possible. If you are just discouraged by all the very real problems in the world, discouragement just begets more discouragement, and you get a downward spiral.

“The problems are real and they’re huge and in some cases they’re getting bigger, but the solutions are amazing too. Not just our solution; so many creative solutions are out there, and every problem we see is being solved somewhere in the world, somewhere in this country. I do believe people want to do the right thing. And if we can give people examples of a better way, then change becomes more possible.”