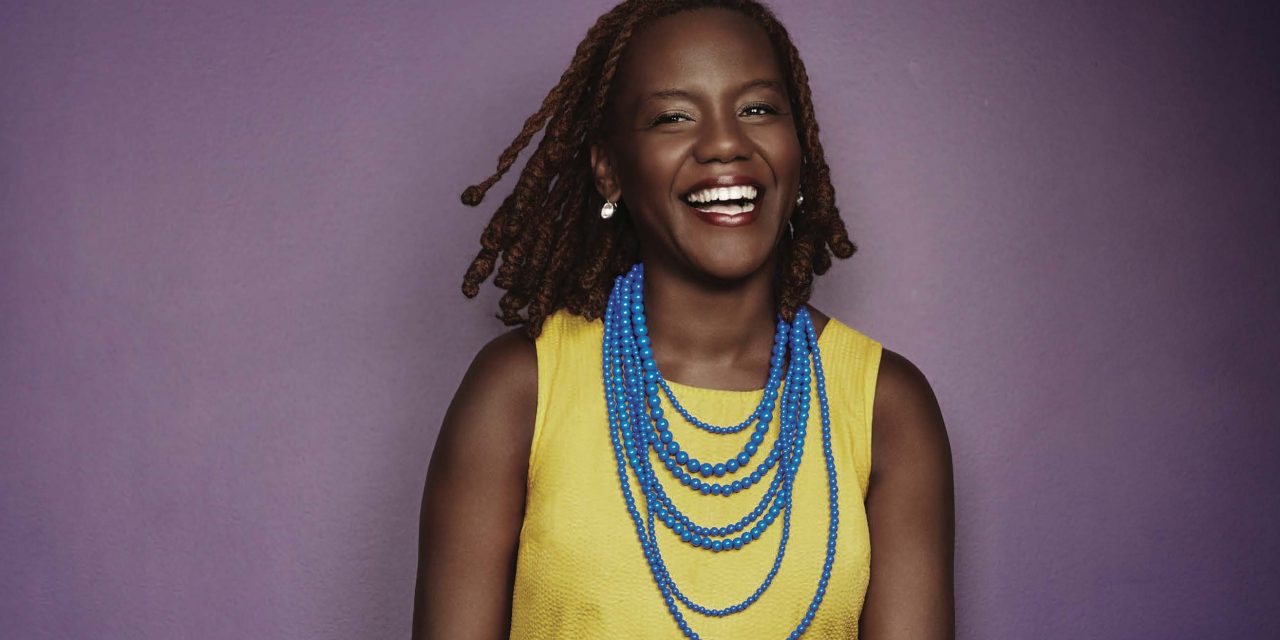 As a professor and the director of Africana Studies at Northeastern University, Régine Michelle Jean-Charles ’96 strives to create a community where students and ideas flourish.

“In my view, the job of the formative educator is to make justice irresistible.”

So writes Régine Michelle Jean-Charles ’96 in her 2021 book, Martin Luther King & The Trumpet of Conscience Today. In the same passage, she describes helping a group of students process an act of police brutality they witnessed in Paris at the tail end of a course she taught there.

Jean-Charles, a Black feminist literary scholar, cultural critic, and university professor, had led students in a summer course called Paris Noir: The Literature and Culture of Black Paris, which covered Black culture in France from the 1930s to the Black Lives Matter movement. During their final week in Paris, students were unwinding at a nightclub when they saw French police officers violently detain a Black man. Following the incident, Jean-Charles asked the students to reflect on what they’d seen. It was a moment not only to care for their well-being but also consider the role they play in making a more just world.

“If we are to teach students to be attentive, reflective, and loving, then we must confront injustice and not turn away from incidents of pain and suffering,” she writes. “To be clear, the goal was not to have them move past it but to work through it and try to figure out what healing and justice might look like in the context of what they just witnessed.”

Confronting the detailed and nuanced realities of injustice is necessary for college students to develop as thinkers and, ultimately, as agents of change, says Jean-Charles, who is the director of Africana Studies at Northeastern University. She joined Northeastern in 2020 after teaching for more than a decade at Boston College, where the Jesuit concept of a “formative education”—which focuses on the whole student in an effort to guide young people toward purposeful lives—is a central tenet.

“It’s a concept I thoroughly believe in, caring for my students as entire beings, and also letting them know that I hold them to a very high standard,” she says. 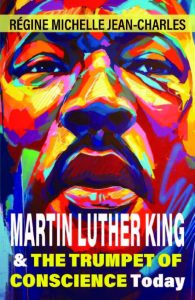 Many of the students who enroll in Jean-Charles’s classes are interested in taking meaningful action for social justice, she says. The related and compounding effects of racism, economic inequality, gender, and sexual violence—along with rollbacks of rights for LGBTQ+ young people—feel urgent and deserving of more than superficial, performative efforts, she says.

“A lot of students have experienced a range of challenges that have really been exacerbated in the past several years,” she says. “The stakes are real, and the pandemic has heightened them. I remember the students who were housing insecure, who were food insecure, who didn’t want to go home because their homes weren’t safe, and suddenly they were being told to shelter in place.”

The topics and literature that Jean-Charles teaches can be difficult, particularly for students who have experienced oppression. Caring for them as human beings who have lived through trauma does not, however, come at the expense of academic rigor. Instead, teaching through the lens of a formative educator and a Black feminist, Jean-Charles challenges students to leave their comfort zones and take risks while exploring materials. At the same time, she cares for those who may be struggling.

“Rather than creating a ‘safe space,’ let’s create a brave space,” she says. “For Black people, and for women, and for so many in marginalized groups, higher education institutions will never be safe spaces. They were never intended to be safe spaces, so that idea is kind of a fallacy. As someone who feels called to be an educator, one of my goals is to be a safe person, in terms of offering safety for people who are harmed, which does not mean not offering rigor.”

Jean-Charles’s areas of academic expertise are wide-ranging and include Black France, Sub-Saharan Africa, Caribbean literature, Haiti, and the diaspora. She has covered subjects in contemporary French and Black feminism and taught a BC class called “Where #BlackLivesMatter meets #MeToo,” which combined her interests in race, gender, and justice. She also volunteers to help survivors of sexual violence and is an active organizer in the town of Milton, where she lives with her husband, Ohene Asare ’96, and their four kids.

Teaching and writing through the lens of Black feminism requires the centering of Black women’s lived experiences and intersectionality—the practice of feminism informed by social identities beyond gender and sexuality, such as race, class, and ability, and the recognition that these intersecting identities can lead to linked oppressions, Jean-Charles says. In practice, it benefits more than Black women: When the problems that oppress the most vulnerable people in a society are mitigated, all members of the society are better off.

“Black feminism has always been a collective project,” she says. “We need one another. We can’t be individualistic because our survival depends on cooperation, and Black feminists throughout history have organized from that perspective. I see classroom teaching as community building. We are a community of care, we’re a community of rigor, of critical thinking. We’re going to think hard, we’re going to disagree, and we’re going to try to do something. I believe in coalition as a force to transform the world.”

Jean-Charles’ Martin Luther King & the Trumpet of Conscience Today is a modern interpretation of the “Trumpet of Conscience,” a series of lectures King delivered for airing by the Canadian Broadcasting Corporation in late 1967, just months before his assassination. Jean-Charles applies those lectures to the present-day injustices of racism, sexual violence, and mass incarceration.

The King who delivered the “Trumpet of Conscience”—a lamentation about American racism, materialism, and militarism—is a far cry from the sanitized and sanctified figure now heralded for the perceived color blindness of his 1963 “I Have a Dream” speech, Jean-Charles writes. The book began as a keynote she delivered as part of a Martin Luther King Jr. Day celebration, a tradition she dislikes because of the watered-down image of King that persists today. She opens the book with the Carl Wendell Hines poem “A Dead Man’s Dream,” written three years after King’s murder, which predicted that King’s “dream” would outlive the memory of King as a man: “Now that he is safely dead, let us praise him. Build monuments to his glory.”

The book both recognizes King’s boldness in addressing topics of global injustice and poverty during the lecture series, and criticizes King’s shortcomings, which include sexism and neglect of his female contemporaries. In contrast, Jean-Charles highlights the Black women who have been central to justice efforts and actions, from the pioneering civil rights activist Ella Baker to Darnella Frazier, the Minnesota teenager who bravely filmed and shared the police murder of George Floyd in 2020.

Her next book, a study of three Haitian women writers, is called Looking for Other Worlds: Black Feminism, Literary Ethics, and Haitian Fiction, and will be published in the fall. 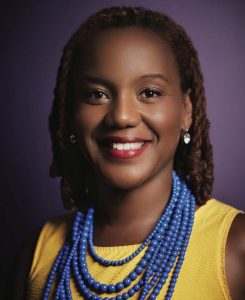 Jean-Charles grew up in Wellesley, Massachusetts, the youngest child of Haitian immigrants. Her father is a physician and her mother worked at Uphams’ Corner Health Center in Boston. As a child and young adult, Jean-Charles was taught by her parents to have pride in her Black identity and to be curious about African American history. She also received “informal lessons” in resistance from learning about the history of Haiti, where in the early 19th century, enslaved people successfully fought French colonizers and achieved independence.

Haitian art, culture, and literature “is full of life,” Jean-Charles says. “It’s so rich, so exciting, and dynamic. I love teaching classes about Haiti, because I’ll start by asking my students, ‘What do you know about Haiti?’ And by the end of the semester, they’ll know it’s so much more than what the outside world sees.”

As a Milton student, Jean-Charles was exuberant—she performed on the speech team and loved to sing and dance. She wrote for The Milton Paper and used the platform to call out racism. Following Milton, she attended the University of Pennsylvania and then Harvard for her doctorate.

While in Philadelphia as an undergrad, Jean-Charles, who was raised Catholic, was introduced by friends to Protestant church services, which helped her “develop a more personal and passionate relationship to faith that was not dictated by the institution of religion,”  she says. Today, practicing her faith is another opportunity to be in community and feel collective support.

That spirit of collectivism has been a thread that Jean-Charles followed from her days as a student to her vocation as a professor and academic administrator. Today, she sees how gathering, learning together, disagreeing with one another, and being vulnerable with others are all practices she values as an educator.

“So much of teaching is about communication and being in community,” she says. “And I’ve always been someone who enjoys learning. To be a teacher is to always be learning.”