What’s Next for Public Schools? 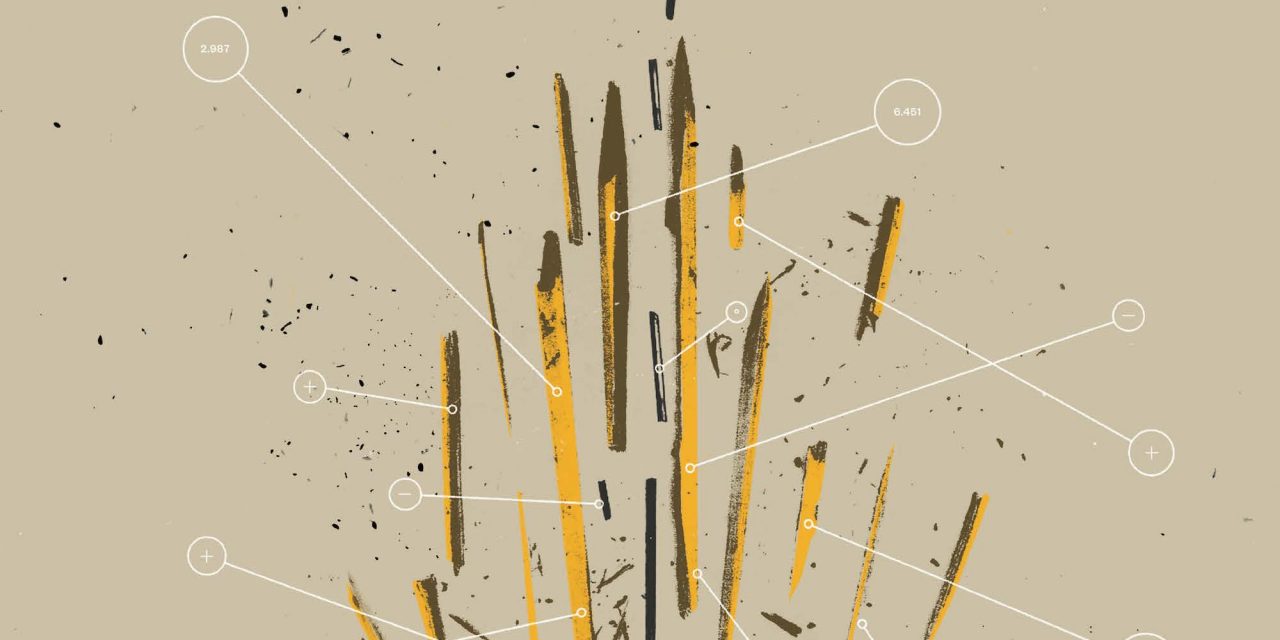 While the past two years have brought myriad heartbreaks and headaches into the public school classroom, alumni working in public school education say they have also profited from important lessons and opportunities.

The COVID-19 pandemic upended how public schools operate, altering everything from what instruction looks like to how progress is measured, from the role of parents to the most pressing needs of students. All these changes happened against a backdrop of fractious politics seeping into the school building—meaning that public schools, and the people whose careers are devoted to them, have been in a constant state of reckoning. How can educators and students move forward in an ever-changing landscape? And what, if anything, from the many months of abrupt school closures, Zoom rooms, and charged political debates, should they keep?

Michael Sabin ’85, a principal at McDevitt Middle School in Waltham, Massachusetts, has spent his entire career in public schools. That career started before he was even a college graduate. After his sophomore year at Harvard University, he took a whole year off to work in public schools: one semester as an assistant teacher in New York City and one semester working at a middle school in Boston. He spent several years as a classroom teacher before eventually returning to Harvard for a degree in administration from the Graduate School of Education. He recently was looking through papers from his early days in school leadership and came across memos about how to mark the first anniversary of the September 11, 2001 terrorist attacks.

“It was interesting to look back at how we did that, and to just remember you’re kind of this symbolic leader of a school, but what does anybody know about the first anniversary of something like that?” he says. It was an early reminder that students’ experiences within school are heavily influenced by their experiences outside school. 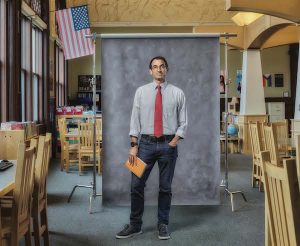 “Thinking back to 9/11, obviously the top priority was to make sure your school is safe, but I think the second top priority for us became making sure our Muslim students felt safe, regardless of what was happening with homeland security,” he says.

In this decade, current events that deeply affect students’ sense of safety and security can be almost weekly occurrences. Figuring out how to address those events—from insurrectionists storming the Capitol to protests against racism catalyzed by high-profile police killings of Black people to war in Ukraine—is as much a fixture of educators’ jobs as taking attendance.

“That can get complicated sometimes,” Sabin says. “For example, I have a few Russian students right now. My job is to make sure those students are part of our community and feel safe, whatever the politics outside. That’s paramount for me.”

“The past five to six years in particular, the discourse has become more toxic, more negative, more degrading to the lived experiences of so many students in our schools, particularly Black and brown students,” says Peter Fishman ’01, vice president for strategy at Deans for Impact, a nonprofit organization focused on strengthening teacher preparation. “It raises the level of challenge for teachers just as it raises challenges for students.”

Politics and education have always been inextricable, Fishman points out. “That’s the nature of democratic governance in the service of education,” he says. But these days, debates over everything from the science of how students learn to read to how history should be discussed have a sharp political edge to them, a minefield for educators. State legislatures have enacted a wave of new laws limiting how teachers can talk about current events, history, and racism. Educators nationwide are grappling with how they can provide students with a learning environment where they feel safe and supported, and how to equip them for dialogue and critical question-asking in a politically polarized world.

Like Sabin, Fishman spent his early career in Boston, becoming a teacher at the Academy of the Pacific Rim Charter Public School after graduating from Yale University. As an early-career history teacher, he says, he never would’ve expected that educators, students, and families “would have to fight to be able to just teach the truth and teach a version of history that engages young people in the difficult and ugly parts of our past, but also the stories of people who have been continuing to stand behind a set of bedrock principles around justice, equality, and freedom,” he says.

“It’s a really fascinating and challenging time,” Sabin says. “As a public school principal, I take seriously that I’m representing every single student and family in the town, and there’s a wide diversity of opinions, beliefs, personalities, and needs. My role is to make sure every one of those students feels safe, feels that their potential is being recognized, feels that they’re part of the community—but sometimes their interests seem somewhat irreconcilable. There’s a lot of problem solving that I think we engage in to try to make sure every single one of our students can thrive.”

Part of the reckoning over how to address the realities of current events and history in the classroom has to do with a renewed emphasis on addressing students’ social and emotional needs and how those needs are inextricable from their academic success. A perennial question in education is how to measure whether those academic needs are being met. Both Fishman’s and Sabin’s careers have spanned mini-revolutions in school accountability. Massachusetts began annual standardized testing in the 1990s, when Sabin first entered the classroom, a harbinger of the accountability movement formalized nationwide with passage of the No Child Left Behind Act in 2002. 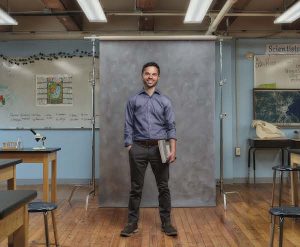 During the Obama administration, more states began to adopt policies to use standardized test scores in teacher evaluations. But the pandemic completely upended standardized testing in 2020, when school buildings suddenly shuttered. That  year of disrupted accelerated a long standing debate over what such tests measure and how the scores should be used.

Both Sabin and Fishman say that conversation is important—and that a high-quality education that prepares students to be leaders doesn’t entail teaching for a single end-of-year test. But they are also concerned about the effects of totally deemphasizing accountability.

“I worry that in the absence of a focus on the academic indicators, students who have been historically marginalized become further marginalized, because there’s not the same level of attention to racial disparities and other disparities when it comes to academic achievement and student learning outcomes,” Fishman says.

Fishman volunteered in New Haven’s public schools while a student at Yale. The teachers he worked with in New Haven told him to look for a school environment with a culture of feedback and learning for teachers as well as for students. That’s what drew him to Pacific Rim, a school known for its collaborative spirit.

“There was this open-door culture where I could go into anybody else’s classroom and just be a fly on the wall at the back of the room, observing them, and then following up afterward to pepper them with questions about decisions that they made and the ways that they built relationships with students and with families,” he says. After several years in the classroom and other roles in education, he earned his doctorate from the Harvard Graduate School of Education.

Today, Fishman is devoted to making sure teachers are prepared for the realities of the classroom, grounded in the science of how students learn and develop their skills with meaningful feedback. He’s optimistic that the pandemic has brought districts and education prep programs closer together, providing teachers in training with more opportunities to work with experienced educators. Conversations about teacher shortages in some communities have also pushed the needs of educators to the forefront.

Of his own work, Fishman says, “The impact of the pandemic on teacher shortages and mental health and wellbeing has amplified our focus on strengthening and diversifying pipelines of early-career teachers and strengthening supports to early-career teachers so that they experience strong mentorship opportunities that prepare them to navigate this new dynamic and the challenges that come with it.”

Sabin has seen the pandemic facilitate continued learning for teachers once they are in the classroom. No longer do educators at different schools have to drive across town to meet and compare ideas or instructional materials: Online convening is the norm. Sabin says that  remote learning has also increased opportunities for one-on-one tutoring outside school, a boon for students who need more personalized support. School districts across the country have deployed such tutoring to mitigate the effects of lost learning time caused by the pandemic. Fishman points out that tutoring programs also create new pathways into teaching. However, many of these programs depend on federal stimulus funds that are set to expire in 2024.  “No one knows what happens to all these programs after that,” Fishman says.

Although Zoom is here to stay for some aspects of the school day, brick-and-mortar schools aren’t going anywhere. In fact, the importance of a school community is more apparent than ever. Some of the duties of a principal include “just sitting in lunch duty and supervising kids,” Sabin says. “Seeing them smiling, laughing, joking, just being silly, being happy—it’s beautiful.” He’s hopeful about what’s on the horizon in public education—despite, he says, with a smile, “years of banging my head on the wall.”

The past few years have been hard, he says. “But it’s made people realize just how much the school was doing that’s positive for kids.”

Grace Tatter is an education reporter and audio producer. A graduate of the Harvard Graduate School of Education, she lives in New York City.