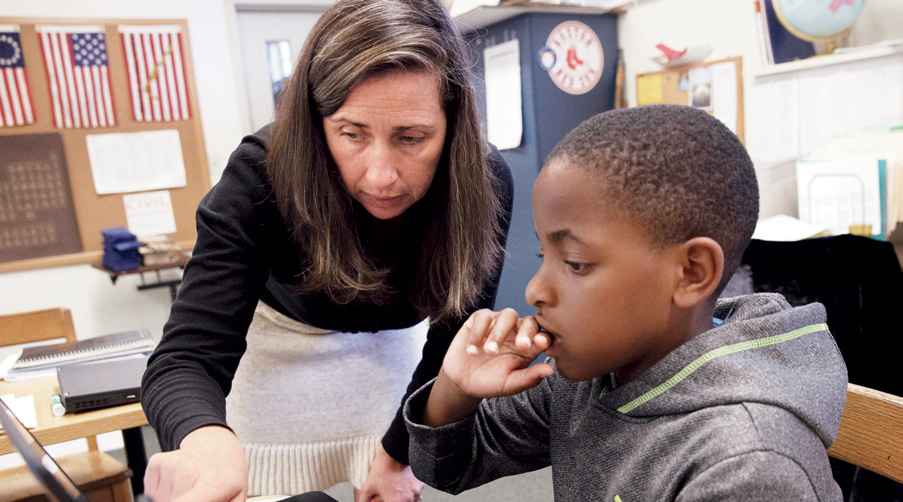 During the 2016 presidential election, Willa Dubois and Bodhi Becker felt growing frustration over the reactionary consumption of news among their peers and the adults in their lives. Working over winter break, Willa and Bodhi, both class of 2020, devised a plan to promote early and thorough understanding of social issues and politics.

“A lot of what I see is something I call ‘screaming into space,’ where, regardless of which side you’re on, you read a news story or something online and react to it with outrage and anger,” Bodhi says. “But the story may not have all the context you need for an informed opinion, or it might just be untrue. It doesn’t stop people from running with their outrage.”

Fathom’s founding members hope to expand beyond Milton’s campus with other high school students referring to curricula established by the group. Willa and Bodhi envision a structure like that of Amnesty International’s student groups: local organizations guided by the central group’s mission and principles. At Milton, the curriculum is established by a board, and then taught by a group of Upper School students to Middle School students. In the fall, Fathom volunteers started with sixth-grade students and had plans to expand to local public middle schools.

“If we can teach students to really look for the truth, and not simply parrot things that reinforce their opinions, then I think we’re going to see people who are willing to look at all sides and break some of the gridlock we see now on political issues,” says Bodhi.

It’s easy to fall prey to confirmation bias—seeking sources that confirm established opinions—especially when you’re just starting to learn about an issue. The Fathom educators want students to be able to form positions based on multiple, and even opposing, sources.

Peer education is critical to the message, say Willa and Bodhi. Too often, young people hear messages about media consumption, particularly social media, from adults that err on the side of abstinence: social media is full of untruths and bias, so kids should avoid it.

“We’re not teaching kids not to use social media. They’re going to use social media,” says Willa. “We want them to recognize opportunities to learn more. If they see something on Facebook that interests them, they shouldn’t simply react, but they should dig into it and see what other sources are saying on the issue. We want this to be a lifelong skill.”