Trying to Ascertain What Happened: Bolstering the Rule of Law, Mary McGowan Davis ’63 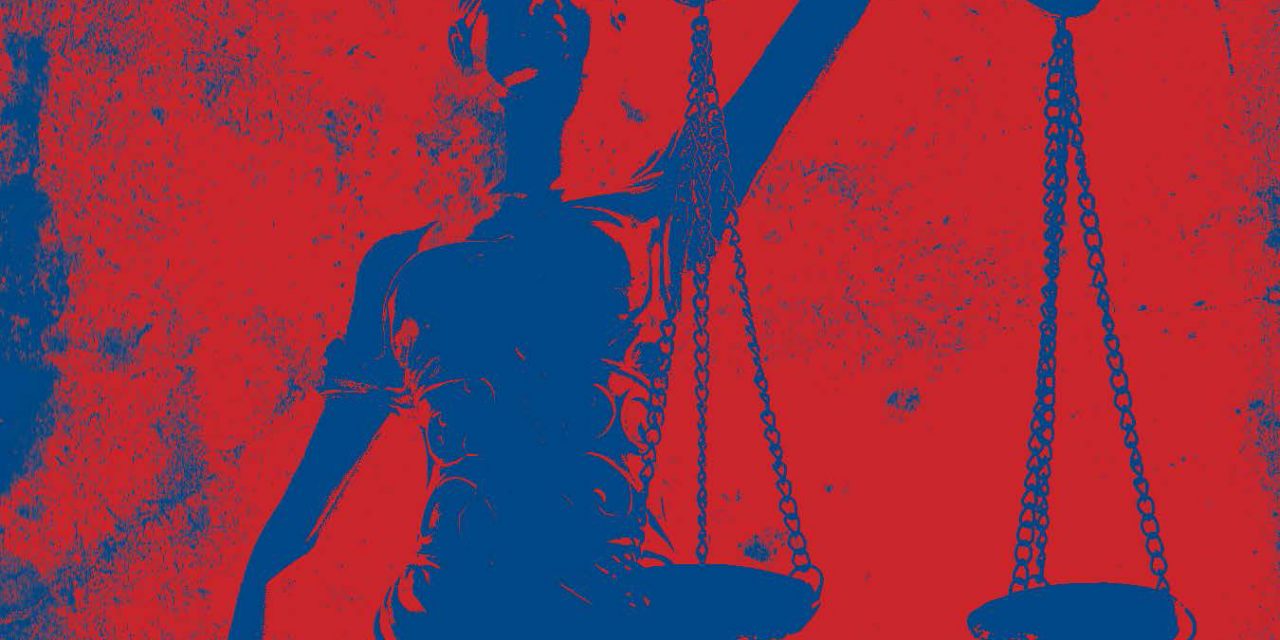 Mary McGowan Davis has consulted, taught and mentored judges, prosecutors and defenders in countries where governments or legal systems are often described as “transitional,” such as Iraq, Afghanistan, Tunisia, and Rwanda. She has also served on United Nations Human Rights Council entities concerned with discerning fact and assuring justice.

Mary’s expertise in international human rights and humanitarian law developed over more than 20 years of intrepid, global work. Her legal career began conventionally enough, in New York during the 1970s, where she was a legal aid lawyer representing indigent defendants in criminal appeals. She moved on to be an Assistant U.S. Attorney for the Eastern District of New York. In 1986, New York City Mayor Ed Koch appointed her as a judge to the criminal court and she subsequently served on the New York Supreme Court. She heard felony cases—“mostly drugs,” Mary says, “but also murder trials, and rape, sexual violence and robberies. There were many violent robberies in New York during that period. These were the years of the crack cocaine epidemic. Not only would we try cases during the day, but we would sit in the arraignments, which were going 24/7, 365 days a year.”

After 13 years as a judge, Mary was attracted by the growing field of international law. She retired from the bench in 1998 and headed to Columbia with intentions of getting an LL.M. (master of laws), but instead audited international law courses and immediately began helping students in a human rights clinic. They were serving papers on Li Peng, then the Deputy Premier of China, in connection with the repression of protestors in Tiananmen Square. “I knew the state department would exercise their right to intervene,” she says, “but still, the students served him, and we did the motion papers, and that was—I think—fun for the students.”

In 2000, Mary and her husband, Fred, began working with the UN International Criminal Tribunal for Rwanda (ICTR), which was seated in Arusha, Tanzania. Fred Davis organized advocacy trainings for the prosecutors at the ICTR, and he and Mary made many visits to the Tribunal between 2000 and 2010 with a team of U.S. judges and lawyers, and Canadian lawyers. Mary also spent a major part of 2001 working on a project for Trinity College, Dublin, documenting the growth of international criminal procedure at the Tribunal. In the courtrooms, she would observe, then detail and interpret, the procedural rulings delivered by the judges during the course of the trials. 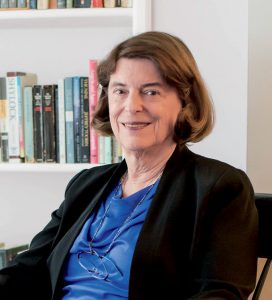 Beginning in 2010, the UN tapped Mary for roles related to investigations of potential violations of human rights law and international humanitarian law during conflicts in Gaza. She served on a UN Committee of Independent Experts in International Humanitarian and Human Rights Law for two successive terms, the second as its chair.

The Committee of Experts’ role was to see whether the Israeli and Palestinian authorities were implementing the Goldstone Report’s recommendations—that is, leading their own in-depth investigations and taking legal actions to hold individuals accountable for alleged war crimes and human rights violations.

Then, Mary served as Commissioner, and later chair, of the UN Independent Commission of Inquiry on the 2014 Gaza conflict charged with determining whether the parties involved in the conflict had committed violations of human rights or humanitarian law in conducting hostilities.

Pursuing these goals was not easy. The Israelis, for example, pledged noncooperation—with the Committee of Experts and the Commission of Inquiry—because their position was that all investigations that originate in the Human Rights Council are biased. Mary and the other independent experts were able to go to Gaza City once in 2010 to interview many people who themselves, or whose family members, were victims of the Israeli strikes and mortar attacks. Their second attempt in 2011 to visit Gaza was unproductive, as they were barred from entering Gaza through Israel, or through Egypt, due to the fall of the Mubarak government. Then, as a Commissioner, Mary was also prevented from reaching Gaza through Egypt because of the security situation in the Sinai. She and her colleagues interviewed Palestinian witnesses via Skype and video conferencing.

“I viewed my role as chair of the Commission of Inquiry to try to be balanced and fair,” Mary says. “Both sides have to abide by the same standards in the way they conduct hostilities. It’s hard for people to understand, but we had to apply the same legal standards to the alleged conduct on both sides.” Assessing military activity is very difficult; things like intent, military advantage, the reasonably projected number of civilian casualties, all matter. The Commission concluded by identifying potential violations—based on interviews, opinions of military and other experts, IT investigators, videos, testimony—Mary explains, but “it’s hard without an ability to talk with one side, to ask, ‘Was that a mistake? Why did that bomb drop on a house with 18 people?’ It is very hard to do a thorough job if you can’t physically enter the country.”

Interviewing survivors of violence was “devastating,” Mary says, and she was continually impressed by the empathy and graciousness that victims expressed toward people on the other side of the conflict. “An Israeli mother whose four-year-old was blown apart by a mortar, a Palestinian mother whose child was torched in retaliation for the kidnapping of three Israeli kids—both women expressed feelings for all mothers, that no mother should ever go through this.”

As the Dare to Be True speaker at their 50th reunion in 2013, Mary told her classmates about listening to a young Palestinian man describe “the bomb that came out of the night and destroyed his home, killing 20 of his family members. . . . Israeli families highlighted their own fears,” she said. “Rockets rain down on them daily from Gaza while sirens sound, children scream, and they anxiously watch the skies.” Victims from both sides really wanted the world to listen to them. “They wanted to speak to me,” Mary says, “as a representative of the international community.”

Mary also worked continually with a raft of NGOs, such as International Senior Lawyers Project, the International Bar Association, the Open Society Justice Initiative, and the International Legal Foundation. Each was concerned in particular ways with protecting human rights, building the capacity of the legal institutions, and ensuring open, stable societies.

She spent the better part of 2004–2005, for example, in Kabul, Afghanistan, where she had to be evacuated twice for security reasons. “It was an exciting time,” Mary says. The Afghans had adopted a new criminal procedure code modeled on Italian law. She mentored public interest criminal defense lawyers, arguing, “You need to have a strong defense bar to have a system that truly delivers justice.” Among her team members that year were a family court judge and mother of six; two or three former district attorneys; and an older, distinguished, Shariah-trained lawyer and authority on Afghan law. “It was a great office,” Mary says, “and these lawyers truly believed that the moment was favorable for their country to make the transition to a society governed by modern laws rather than tribal customs. I respect them enormously.” Mary counts this year as one of the most rewarding of her legal career.

One of Mary’s most poignant memories, one she shared with her classmates at reunion, was of “the little girls who appeared in front of the mobile justice court in Eastern Congo, which the UN has called the ‘rape capital’ of the world, to testify to the crimes committed against them.” Mary had traveled eight hours from Bukavu out into the bush where, she said, “under an open-sided tent on a remote hilltop, a most remarkable court session was in progress, organized by the American Bar Association’s Rule of Law Project. For hours in the broiling sun, throngs of villagers stood patiently and attentively, babies on their hips, chickens and goats wandering through the crowd, while the diligent and sensitive Congolese judges and lawyers tried case after case of alleged rape and sexual violence.”

In recent years, Mary worked in Tunisia, where judges in that country were working to establish a truly independent judiciary. Here, as the stresses of being a new democracy were playing out, and as Mary and her colleagues were collaborating to think through some of the challenges to judicial independence, she was “frequently called on to account for America’s own failings as a society professing allegiance to the rule of law.” She was referring then, in particular, to the United States’ falling short of its obligations for investigating, prosecuting, and making reparations for alleged acts of torture, both international and domestic.

“All courts are trying to find out what happened, or what is happening,” Mary says. “They just go about it in different ways.” In countries around the world, in situations fraught with both danger and fragile opportunity, Mary has helped develop the kind of rigorous legal procedure capable of hearing those who need to be heard, and rendering justice.