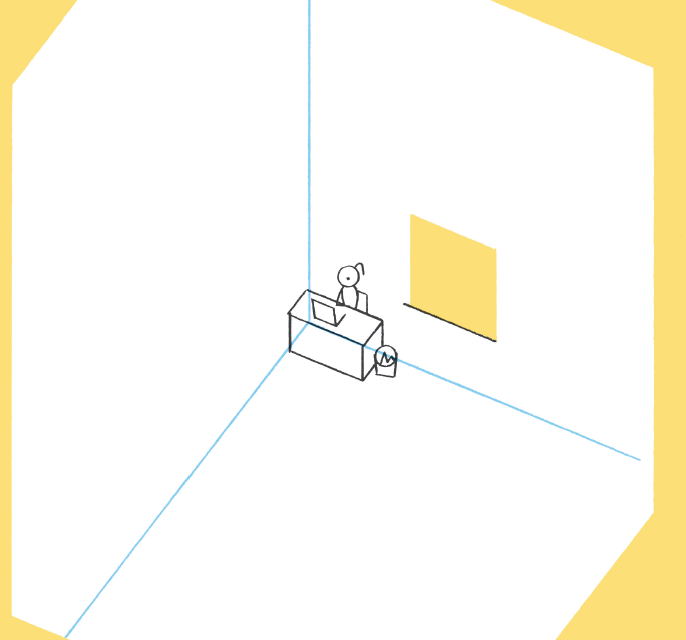 “At Milton, we were used to building a community of young people and old people who love to learn,” said David Ball, Upper School principal, at a faculty meeting last spring. “We bring them all together and build a community to deepen our understanding of the world. I just assumed the building blocks—the classroom, the dorms, the performances—would always be there. The most challenging part was not having those building blocks. Our situation required careful thought; we had to rethink our building blocks and our circumstances. We were pushed to grow in new ways.”

During the early weeks of March, the rapidly evolving nature of Covid-19 forced Milton to make difficult decisions while surrounded by uncertainty. School-sponsored March break trips were canceled first. But as the crisis deepened worldwide, it became clear that school operations would need to wrap up early for the break, and classes were initially suspended until April 13.

Everything unfolded at a rapid pace. With a student body hailing from 22 nations and 29 states, it wasn’t a surprise that some students could not immediately return to their homes. Forbes House was kept open for those who were staying, and the Facilities Department prepared the dorm and campus for scaled-down operations.

For the Academic Technology Services (ATS) department, the first course of action was to get operational staffers up and running to work from home. While some of them regularly used laptops, others needed equipment. ATS manned a drive-through pick-up on campus. “We carefully and meticulously assembled packages,” says Bryan Price, chief information officer. “Someone would drive up to the back door and we would carry out equipment to their car and off they went. Then our team spent hours on the phone, remotely connecting to their computers to get them set up.”

Over the March break, faculty had the option to take“Designing for Online Learning,” a week-long course from Global Online Academy, which the Deans’ Office arranged.The program took teachers into a deep dive on the differences between synchronous and asynchronous learning; the concept of “wayfinding,” whereby learning materials are designed to empower students; how to arrange coursework so that students could navigate it easily; and how to maintain personal connection in the online classroom.

Meanwhile, the Deans’ Office had to make decisions about how remote learning would work and be assessed. One of the first major decisions was to keep the first two weeks asynchronous: Students would learn the same material on their own schedule without gathering as a class.

“Being asynchronous at the beginning felt right,” says Heather Sugrue, academic dean. “Milton’s strength is our commitment to equity, so we needed to think about where our kids were. Some students had long journeys home or were in hotels by themselves quarantining. Some of our students had sick family members. And making that choice to be asynchronous gave teachers time to think about how to teach, because it was a complete 180 for them.”

Also in keeping with the idea of equity during a time of crisis remote learning, it was decided that all work done in the spring would be assessed on a pass/fail basis. Semester two courses also shifted to pass/ fail. For full-year courses (including half courses), where students had completed work in person up until spring break, teachers calculated a letter grade to represent the work of the year in a meaningful way.

Meanwhile, in the middle of the break, Massachusetts Governor Charlie Baker ordered all schools closed, which meant that Milton needed to close its one open dorm. Some students were able to return to their home state or country; others were taken in by Milton families. The School extended the return date to May 4 and then eventually extended remote learning to the end of the school year.

When March break concluded, during the course of two planning days, ats led or supported faculty in a variety of training sessions. Faculty and staff could take various levels of training in Zoom, which became an important class meeting tool, and in other programs such as Screencastify, in which teachers could record lessons with an embedded video of themselves. In the past, the Upper School instructional technologists Mark Connolly and Joshua Furst had made video tutorials for the faculty on programs such as Schoology, the School’s learning management system. Now they enhanced and repackaged them to fit the new needs.

“We had systems in place we were able to leverage,” says Connolly.“But we also had to ask ourselves:

What is reasonable in two-and-a- half months, with what we were calling a crisis patch?”

On April 1, a survey was sent to Upper School students via email to ask them about their current housing situation and personal circumstances and whether they had access to the internet and a device. The responses showed that as faculty members started planning their remote learning course material, they needed to think about other responsibilities students might have, such as helping to care for younger siblings and whether a student had space available for quiet and intense work. 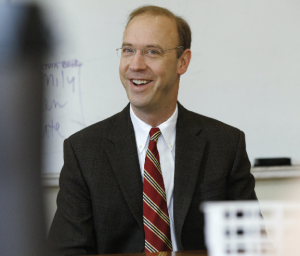 “We had to focus on students and where they were at and the idea was to think of students first, pedagogy next,” says Upper School Principal David Ball.

Milton’s Health and Counseling Center advised the faculty to expect to see heightened anxiety among students as a result of so much uncertainty, fear of getting sick or knowing someone who might get sick, and isolation and separation from friends and School support systems. Faculty advisors were designated as a key access point for students and stayed in contact with their advisees, following up on any issues or questions.

ATS helped students who had issues with internet or computer access. Some students had left computers and other devices in the dorms; these were tracked down and shipped to their owners. Some students needed new devices sent to them. Price says that Milton’s virtual private network (VPN), which securely accesses the School’s network resources became invaluable, whether for the business office staffers or for a student in Vietnam or China, where students don’t generally have access to Google, which is a core platform for Milton learning. As remote learning progressed, both teachers and students wanted more opportunities for classes to meet. First, Zoom office hours were offered for each class, so students could check in with teachers. Meanwhile, in a Herculean effort, Registrar Liz Wood and Sugrue went through all the class rosters, figuring out each student’s time zone and finding time slots for every class to meet synchronously on Zoom. Zoom classes began the week of April 20; a class might meet in the early evening Milton time so that students ina time zone 12 hours away could join during their early morning.

There were also other optional learning opportunities for the faculty. History faculty member Vivian WuWong attended a webinar called “Lessons for Advanced Online Teachers,” by the Aurora Institute. One of the panelists said,“We are all first-year teachers now.”

“This really resonated with me, so I used it to help frame our thinking about the kind of work we needed to be doing in support of our teachers,” says WuWong.

Teachers improvised their classes in creative ways. Connolly and Furst worked with them to make course content more interactive and robust. Some English and history classes continued a hybrid Harkness table style over Zoom. Some math and science teachers recorded desktop whiteboards to break down material for students to watch on their own. Then they used the Zoom class time to answer questions and review what the students had watched. Modern Languages easily adapted and expanded use of audio files. For example, Connolly’s Spanish 2 Honors class worked together on podcasts, writing the scripts on shared Google docs and then recording individual audio files that were spliced together.

“This kind of work felt like a distant relative of the work we were doing before spring break,” says Indu Singh, dean of teaching and learning.“But there were also some pretty incredible things taking place in these classes. Our most powerful resource was each other.”

“We were able to continue core Milton experiences,” says Connolly. “They were adapted, but not forgotten or eliminated.” These included traditional end-of-the-year events that no one wanted seniors to miss out on. ATS staff members Genevieve Healy and Steve Glennon became Zoom masters, creating meaningful virtual events for Baccalaureate, Prize Assembly, and, of course, Graduation. They also arranged webinars throughout the crisis remote learning period that allowed Upper School Principal David Ball and Head of School Todd Bland to host various meetings with parents, faculty, or staff. By the end of the school year, Milton had logged 12,536 Zoom classes or meetings totaling 3,059,788 minutes, and had hosted 69 webinars for 9,106 participants.

In anticipation of the possible disruption of the upcoming year by continued Covid-19 outbreaks, Milton arranged for faculty training over the summer. Every faculty member took a three-week course focused on designing hybrid learning materials through One Schoolhouse, whose mission is to empower learning and transform education. “Hybrid learning is the ability to toggle seamlessly between being online and on campus, and also teaching students online and in the classroom simultaneously,” says Singh.

During the two weeks of asynchronous learning and one week of synchronous learning, faculty members redesigned a unit from one of their classes and were given feedback. Then they applied their new knowledge to redesign all their courses.